Figure 1. A permeation grout curtain was extended beneath the secant piles to rock. This enabled the vent shaft to be excavated to subgrade (pictured) in the dry.

You Get One Clean Shot at it.

The opening of the first public railway system using steam locomotives in the United Kingdom in the mid-1820s radically changed the face of passenger and goods transportation. As railroad networks expanded, soft-ground tunnels became a necessity to overcome the problems associated with locomotives handling significant changes in elevation and also to maintain the most direct delivery route.

It would not be long, however, before the emerging industry came face to face with its first big groundwater calamity. In 1835, shortly after construction began on the Kilsby tunnel, part of the London and Birmingham Railway, workers encountered a previously unknown water-laden sand and gravel seam and the tunnel flooded and collapsed. While the problem was ultimately resolved with a series of engine driven pumps, it was apparent that for the deeper, longer soft-ground tunnels, groundwater-driven collapse was an ever present possibility. This was to be borne out in later years. Despite the introduction of tunneling shields and compressed air, disasters still happened. In the United States, mining of the subaqueous Hudson River Tunnels in New York City came to an abrupt halt in 1880 when a blow-out flooded the tunnel, with accompanying loss of life.

These major events were as a result of unanticipated conditions and took place at a time when geotechnical investigations, engineering practice, and knowledge of how soils and water behave were far less sophisticated. And while the state-of-practice is obviously very different these days and we can prepare for the known problem areas, the unanticipated does still happen and, more often than not, groundwater is the root cause.

Whether the need for ground improvement is known in advance or unexpected, the techniques available are the same. However, the approach to the work is different. In undisturbed ground, conditions are typically uniform and a program can be pre-planned and designed accordingly. Once soils have been disturbed, they are typically unpredictable. The ground improvement must be performed by skilled and experienced personnel such that the work can be done observationally, making adjustments to the program as conditions unfold.

Ground improvement methods such as permeation and jet grouting may be used for groundwater control when access is restricted for vertical cut-off walls or where small closures must be made in “bathtub” excavations. Both jet and permeation grouting can also be used for horizontal bottom seals. Ground freezing may be the best option when there is a need for absolute certainty in the methodology and there is concern that grouting methods may not be able to provide that assurance.

For permeation grouting to be properly effective, the soil conditions must be appropriate, with fines content typically less than 17 or 18 percent. Permeation grouting for groundwater control is most commonly accomplished with sodium silicate grout. Sodium silicates can provide good permeability reduction and soil strength for stand-up time without hindering excavation. However, it is not ideal for applications where higher strengths may be required.

As the name implies, permeation grout is a “high-mobility” or very fluid material and will seek the path of least resistance. This can be problematic when working in urban areas in close proximity to pre-existing structures. Grout can rapidly disappear into nooks and crannies of the backfill. Early evaluation of pressure/flowrate during grouting should flag a problem. Pre-grouting may be required to close off the paths of least resistance.

One recent vent shaft project in New York City (Fig. 1) required excavation to 25 ft below the water table in a 100-ft thick coarse sand and gravel aquifer. Groundwater drawdown was prohibited. Secant piles were selected as the primary excavation support method but could not be installed to sufficient depth to provide complete cut-off because of difficult ground conditions. A permeation grouted curtain between the bottom of the secants and the top of rock 50 ft below was therefore proposed by the grouting contractor. The installed curtain limited groundwater inflow to a total of 5 gpm.

Permeation grouting can be effective in rock as well as soft ground. With known extensive karstic features in the vicinity, similar anomalies were anticipated for sinking of three deep shafts to 170 ft for a relief sewer project, and confirmed during the site investigation. Groundwater was just 20 ft below ground surface. Significant inflows were anticipated under the 150 ft of hydrostatic head during drill-and-blast excavation. Pre-treatment of the rock by permeation grouting was recognized at the design stage and provided for in the contract documents. The grouting contractor developed a permeation grouting program to pre-treat the rock from ground surface prior to excavation, resulting in successful, problem-free excavation (Fig. 2).

Effective in a wider range of soils, jet grouting may accommodate urban ground peculiarities a little better than permeation grouting. Since jet grouting is an energy-intensive process that, by design, forms discrete columns of treated soil, it is much less susceptible to the subtle changes in geology or paths of least resistance that can have detrimental results on permeation grouting methods.

In the jet grouting method, arrays of overlapping columns are constructed that can be installed immediately adjacent to pre-existing structures if necessary to complete a closure. This technique can achieve higher strengths than permeation grouting, therefore lending itself better to the combined purpose of support of excavation and groundwater control.

A recently completed project in lower Manhattan is a good example of typical urban construction. No drawdown was permissible, so a bathtub excavation support system was specified that was required to tie-in with two pre-existing active subways. To achieve this, secant piles formed the vertical walls on two sides of the excavation, while the subways made up the two opposite walls. While the secant piles provided sufficient toe into the underlying silts and clays to provide cut-off, no cut-off existed beneath the subway tunnels. Jet grouting was therefore performed beneath, adjacent to and on top of the structure to provide a cut-off between the subways to the confining layer beneath and to create closure to the adjacent secant piles (Fig. 3). Where the subway roof was below groundwater, jet grouting was extended upward to facilitate removal of the tunnel roof for the vent plant installation. 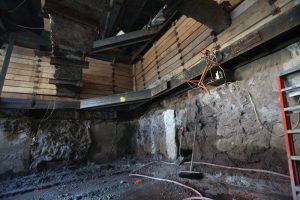 Figure 3. Jet grout cut-off immediately above one of the subway boxes.

There are two schools of thought for the construction of bottom seals. A thick seal at subgrade requires less drilling and there is less concern about borehole deviation because the seal isn’t that deep. However, it must be perfect since there is typically no way to accommodate seepage in a controlled manner. A deep but thinner grouted horizontal “blanket” installed well below excavation subgrade involves more drilling and therefore greater concern about borehole verticality at increasing depth. Deep blankets, however, offer greater ability to accommodate leakage in a controlled manner (i.e., without migration of soil).

Both permeation grouting and jet grouting can be used to form bottom seals. Jet grouting is more advantageous for the at-subgrade approach where often times the plug must be structural, so the higher strength of jet grout treated soil is an advantage. The deep blanket approach is often designed as a non-structural cut-off using self weight to resist hydrostatic pressure, allowing the use of either permeation or jet grouting.

While bottom seals are an effective tool to create a watertight excavation system, if leaks occur they occur with a vengeance. The “perfect storm” for a bottom seal leak is when high groundwater pressure, a non-cohesive soil, and an imperfection in a cut-off all converge at once. And once the ground is disturbed, it’s new and uncharted territory.

In one recent example, a bottom seal was installed to facilitate the construction of a microtunnel launch shaft for a trenchless crossing. Microtunneling was selected for the project because proximity to sensitive infrastructure (crossing a major highway) prevented the use of conventional cut-and-cover techniques. Geology dictated that the microtunneling had to be performed approximately 50 ft below ground surface, despite the presence of a very shallow water table. While excavation was approaching subgrade at approximately 48 ft, a 1,500 gpm boil erupted, causing the immediate flooding of the excavation.

A detailed subsurface investigation was subsequently conducted to map the limits of disturbance and investigate the source of the leak. The investigation revealed that the problem occurred due to a break in the seal between the jet grout and steel sheet piles. A remedial program to install a jet grout buttress around the outside of the excavation to minimize sheeting deflection was enacted, allowing the excavation to be successfully completed to design subgrade.

There are situations where ground conditions, obstructions or ground disturbance may result in ground improvement being less than perfect and this could result in the potential for a catastrophic failure. When this is recognized, the work must be approached with a healthy sense of fear. Where there is no room for error, this is where ground freezing stands alone. Completed projects, such as the 2nd Avenue Subway line expansion in New York City, where catastrophic failure potential was anticipated and ground freezing was selected, have clearly demonstrated the reliability of this technique.

The twin tunnels were to be bored primarily in rock. Additional borings taken further along the tunnel alignment during launch box excavation revealed very poor rock conditions in the crown. Tunneling could not safely take place without the possibility of daylighting unless the envelope of saturated, weathered rock and overburden in the tunnel crown was improved. Ground freezing was selected as the safest and most assured method of achieving this. Mining through the problem zone was completed without incident and without heave or settlement to the overlying structures.

Two recent shafts have experienced multiple run-ins and multiple grouting attempts. Every failed grouting attempt resulted in obstructions for the next attempt, making the situation even more difficult to rectify. Ground freezing was ultimately employed on both shafts. Because it is propagated thermally rather than by erosion or displacement, ground freezing is not adversely affected by disturbed ground conditions or pre-existing obstructions.

One of those shafts, 35 ft in diameter and 98 ft deep, was built with a structural slurry wall and a jet gout bottom seal. Significant leakage led to soil and water inflow during initial excavation of the shaft. This was believed to come from the slurry wall joints and possibly the bottom seal. The shaft was flooded and remedial work was performed with jet grouting, permeation grouting and dewatering, with a blow-in between each attempt. This continued for 14 months prior to involving a specialty ground freezing contractor to design and furnish a ground freezing system. The freeze achieved closure after nine weeks, a typical formation period for brine, allowing the shaft to be pumped down, base slab reinforcement installed, and the final concrete liner placed, all in dry stable conditions.

Whether the need for ground improvement to address a potential groundwater problem is known in advance or unexpected, knowledge of the available remediation techniques is not enough. An in-depth understanding of the behavior of soils and groundwater is crucial to allow the right choices to be made. You get one clean shot at it. Pick the right method. Do it well.

Paul Schmall is Vice President of Engineering and Lucian Spiteri is Chief Grouting Engineer for specialty geotechnical contractor Moretrench. They can be contacted at pschmall@moretrench.com and lspiteri@moretrench.com.