You are at:Home»Featured Stories»Delivering Results: Coordination Key to PDB Contract at Atlanta Airport 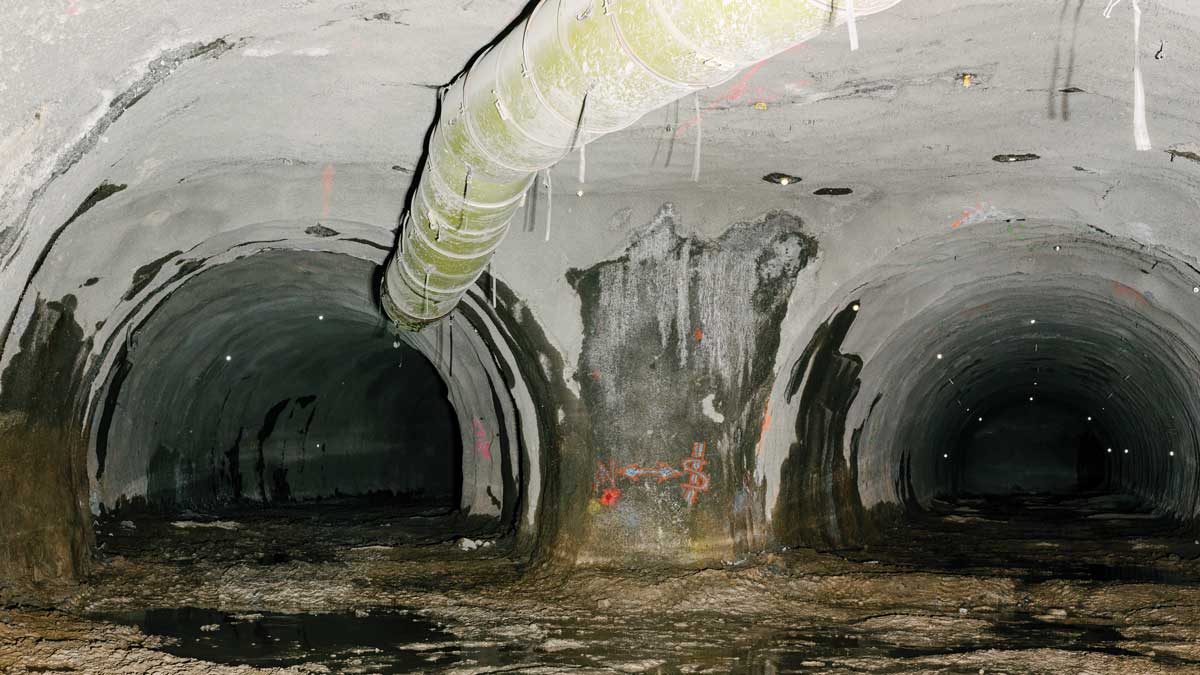 Hartsfield-Jackson Atlanta International Airport in Atlanta, Georgia, is consistently ranked among the busiest airport in the world. Hartsfield-Jackson ranked No. 1 in the Airports Council International’s ranking, accommodating more than 75 million passengers in 2021. To keep pace with the traffic as well as provide the most modern systems, the airport is in the process of modernizing its facility.

The Plane Train Tunnel West Extension project at the airport will extend the existing people mover tunnel about 600 ft underneath the airport MARTA station and SkyTrain airport station, allowing more room for trains to turn back to go in the other direction while another train arrives to reduce wait times for the train and increase capacity.

The project is being constructed by joint venture partners Clark Construction, Atkinson Construction, and Technique Concrete Construction (CAT) under a progressive design-build contract. McMillen Jacobs Associates in the engineer for the JV team, while STV served as the architect. Completion of the project is expected to enable the Plane Train to accommodate approximately 2,000 more passengers per hour, a 15-20 percent increase in service.

To create a more efficient train turnback operation, the tunnel expansion extends the train line 700 linear feet west from its existing terminus station at the Domestic Baggage Claim Station, under the MARTA and SkyTrain stations, and to the ground transportation area.

To accommodate the increase in service, renovations are also occurring at the Domestic Baggage Claim Station, including a new multi-level vertical transportation core, On the Move at Hartsfield-Jackson Atlanta International Airport, which will increase capacity on the escalators and elevators that deliver passengers from the station platform to the main terminal boarding/ground transportation levels.

The varied scope of work, which spans inside and underneath the Domestic Terminal, requires a unique combination of construction expertise. Clark’s extensive aviation experience, Atkinson’s self-perform sequential excavation method (SEM) tunneling capabilities, and Technique’s experience at the airport, uniquely positions the Clark/ Atkinson/Technique joint venture team to deliver this critical infrastructure project to the City of Atlanta. 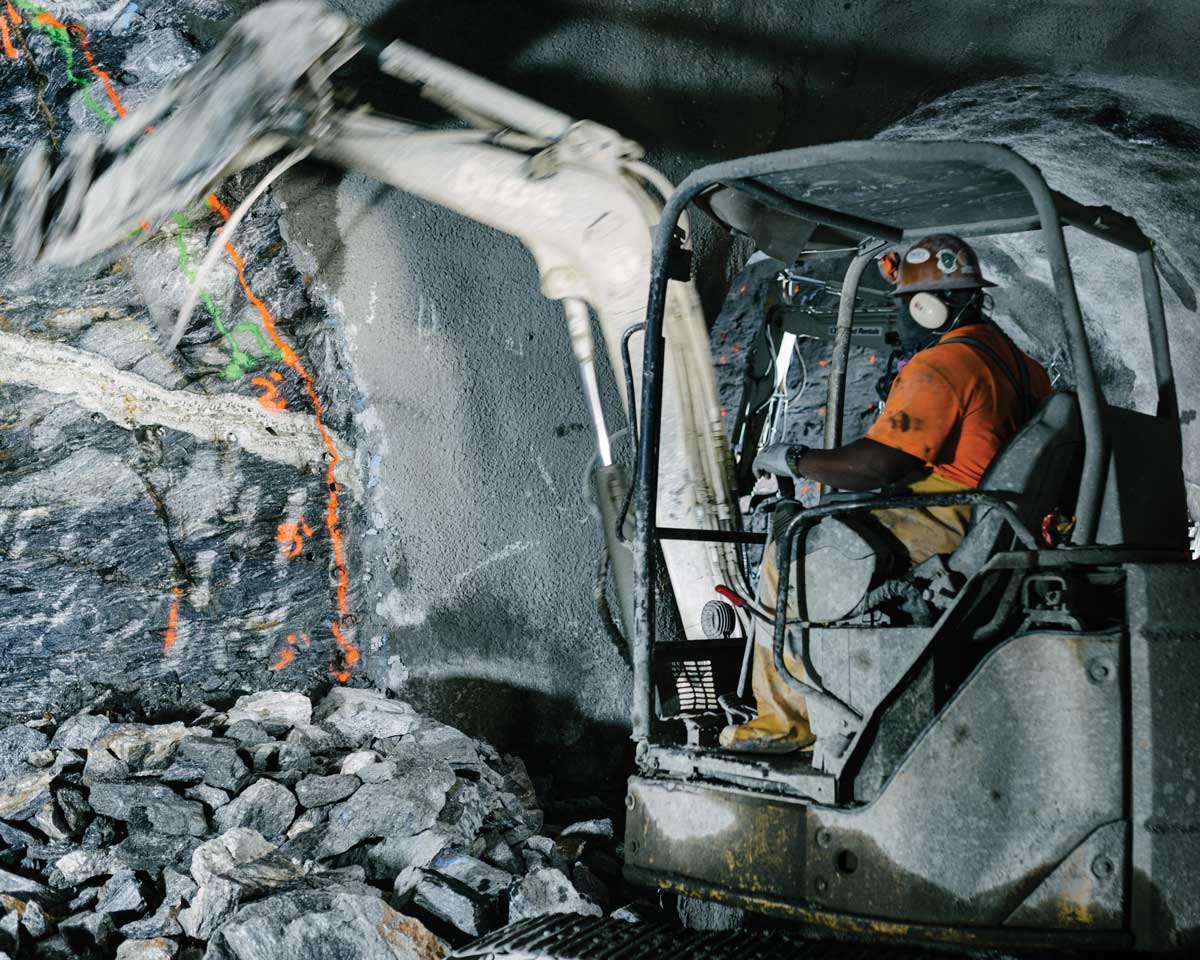 The City of Atlanta’s Department of Aviation selected a progressive design-build approach for the Plane Train Tunnel West Extension project, one of the few tunnel projects in the United States to be delivered by progressive design-build (PDB) delivery. This contracting method provided opportunities for increased collaboration among Clark/Atkinson/Technique, the engineer of record, McMillen Jacobs Associates, and the client through the implementation of innovative design and construction approaches.

Unlike a traditional design-build delivery method where a single design solution is set at the beginning of the project, progressive design-build projects feature a more flexible and iterative design and procurement process. The progressive design-build approach has allowed pricing of work to occur in phases – capturing the design and construction challenges as the project progresses – thereby providing the team the opportunity to start construction of early phase work as design and procurement of later phases of work is ongoing.

During design, the team made several value engineering improvements to the project’s bridging documents including the elimination of a second construction access shaft, resequencing surface improvements above the construction shaft, and modifying the vertical circulation approach – all of which allowed the team to maximize cost-savings and eliminate project inefficiencies.

“Progressive design-build offers many advantages,” said Gabrielle Ferro, project manager for the JV. “It is not only a strong delivery method for the contractor-engineer team but also the owner because it provides them with a single point of contact for resolving any issues that may come up. 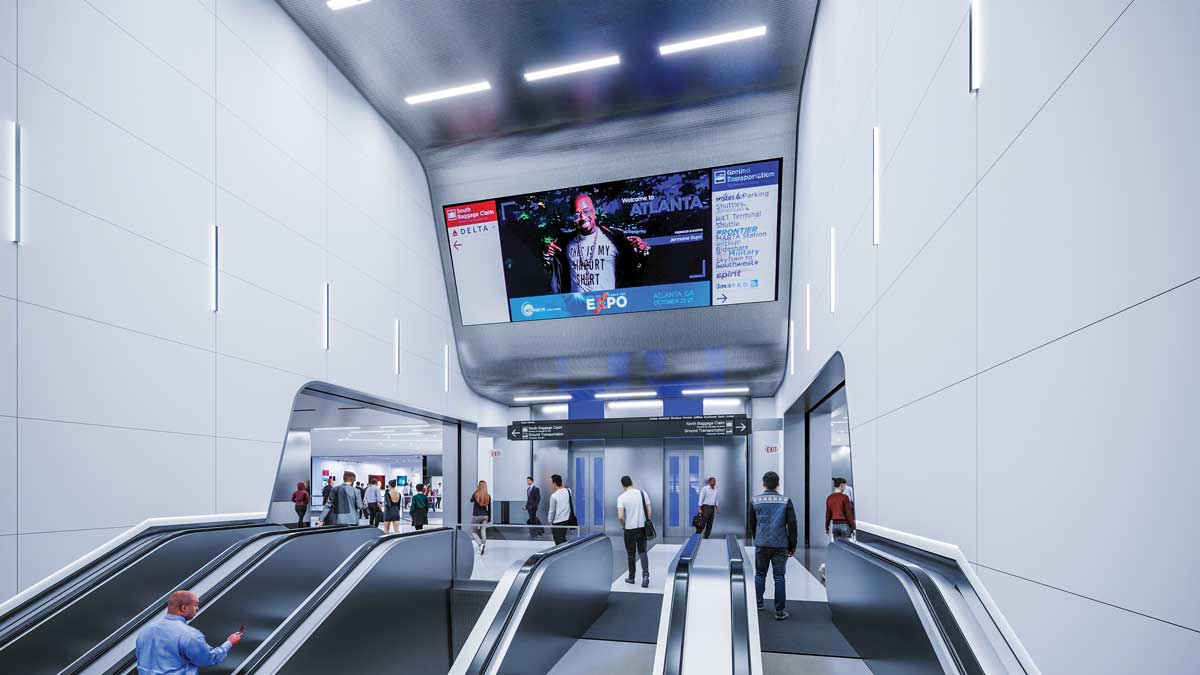 While generally there are two separate but concurrent construction paths – one for the terminal work and one for the tunnel work – the two paths are dependent on each other to continue beyond specific milestones and, therefore, require extensive coordination amongst the design-build team and its trade contractors. The flexibility of the progressive design-build approach and the cross-market experience of the team has allowed Clark/Atkinson/Technique to consolidate decision-making and streamline critical path scopes, bringing together different in-house expertise to avoid potential slowdowns and miscommunications.

To create the turnback, the team is extending the existing north and south tunnels westward by 150 ft where they converge to a single tunnel at the 50-ft by 50-ft bifurcation cavern. The single tunnel continues past the bifurcation for an additional 425 ft to a 30-ft finished diameter construction/egress and ventilation shaft.

Excavation and installation of the tunnel’s initial support started in October 2020 and was completed in January 2022. The Clark/ Atkinson/Technique team used the sequential excavation method to mine the tunnels with a combination of excavators in the soft ground and drill-and-blast to mine through the rock.

Over the course of 208 individual blast events, Atkinson used 45,000 pounds of explosives. The tunnel’s initial support consisted of piles, face dowels, rock bolts, lattice girders, shotcrete, and welded wire fabric. Ground support and round lengths were evaluated daily based on the ground conditions encountered. The team is currently working on installing the tunnel’s waterproofing system with Renesco and cast-in place concrete final lining with completion slated for March 2023.

With excavation taking place just 5 to 10 ft beneath the Domestic Terminal and within 3 to 5 ft of MARTA and SkyTrain’s foundations, protection of existing adjacent structures and utilities was of the utmost importance. During design, the team conducted a structure verification study and assessed potential impacts. During construction, a state-of-the-art real-time ground and building monitoring system is used to monitor, analyze, and respond to any type of movement that might occur during construction.

Within the Domestic Terminal, significant work has already been completed in back-of house areas and the team has recently moved into the public areas of the airport. Back-of-house scope of work included extensive MEP relocations, underpinning of the Domestic Terminal’s columns to allow for the tunnel excavation to continue under the terminal, installation of support of excavation piles for the new elevators and elevator lobby, and demolition of walls.

Working almost completely at night so as not to disrupt passenger operations in the public areas, the team is currently installing a new elevator and associated lobby finishes on the east end of the platform, demolishing structural slabs and columns and existing finishes, installing structural steel in preparation for the upcoming installation of the new escalator, relocating and installing MEP, and installing finishes. Opening of the new north and south exit portals is scheduled for November 2022. Once the portals are operational, the team will then be able to close the current exit portal to complete installation of the two new glass elevators and video wall.

While technical solutions and innovative approaches play a big role in completing a complicated project like this, clear and frequent dialogue between parties and stakeholders was also essential given the sensitive nature of the work without impacting the activities of the airport or travelers.

“Coordination between the different parties was a must,” Ferro said. “Even before we did our first blast at the access shaft, we had extensive meetings with our client, the Department of Aviation, as well as the many stakeholders. During construction, we were operating within 100 ft of SkyTrain’s overhead operations, and we mined the tunnel through their deep foundations. Additionally, we were very close to MARTA’s foundations and feet away from their elevator plunger. Because of this, it was crucial to communicate what was happening every day. Everyone has been proactive and engaged in finding solutions to any challenges that may arise.”

As work nears completion, the CAT team has been able to achieve a strong safety record, with no incidents to date. Additionally, the team earned a City of Atlanta safety award for its stellar performance. “We are very pleased with the award considering how much emphasis we put on safety.”