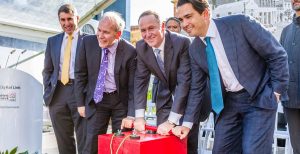 When completed, the $2.5 billion ($1.7 billion US) project will mean more frequent trains across the network and more direct services to the city centre. Auckland Transport will be able to grow the present rail network to reach an average better than one train every 10 minutes at peak for most stations.

The CRL will almost double the number of people on the trains to 30,000 an hour at peak times. Levy says, “It will change the look and feel of Auckland setting the city up for future growth.”

Auckland will grow by more than 700,000 people in the next 30 years and Levy says the CRL, coupled with bus improvements and major investment in other infrastructure such as roads and highways, is the only way to keep Auckland moving. “The CRL is the bold game-changer Auckland has been waiting for.”

Brown says good things come to those who wait. “Auckland, we sure have waited, this project has been debated and tossed around for more than 90 years. It was first flagged in 1923 by the then Minister of Railways. Now we are finally pushing the “Go” button.”

Levy says the CRL isn’t just about freeing-up central Auckland, it has transport benefits for large parts of Auckland, including road users. “Making public transport a better travel choice will ease pressure on roads for those who need to use them.”

During the past decade, rail patronage has increased from 3 million trips a year to 16 million but further growth of the rail system, including increases to train frequency, is constrained by its dead end at Britomart, this limits the entire network’s capacity. The CRL will join up the rail network, allowing trains to run both ways through Britomart doubling the number of trains.

-The CRL will use twin 3.4-km long tunnels up to 42 m below the city streets. It is estimated to take five and a half years to build at a cost of $2.5 billion ($1.7 billion US) when inflated to 2024 costs.
-Two new underground stations at Aotea (11 m deep) and Karangahape Rd (33 m) and a re-developed Mount Eden Station.
-Cut-and-cover construction along Albert Street and at Eden Terrace.Most of the twin 3.4-km long tunnels will be built with a tunnel boring machine.
-7.5-m diameter tunnel boring machine (about half the size of the one used at Waterview).
-About 1 million cubic meters of spoil – more than Waterview because of station excavations.
-88 subterranean properties affected by tunnels. 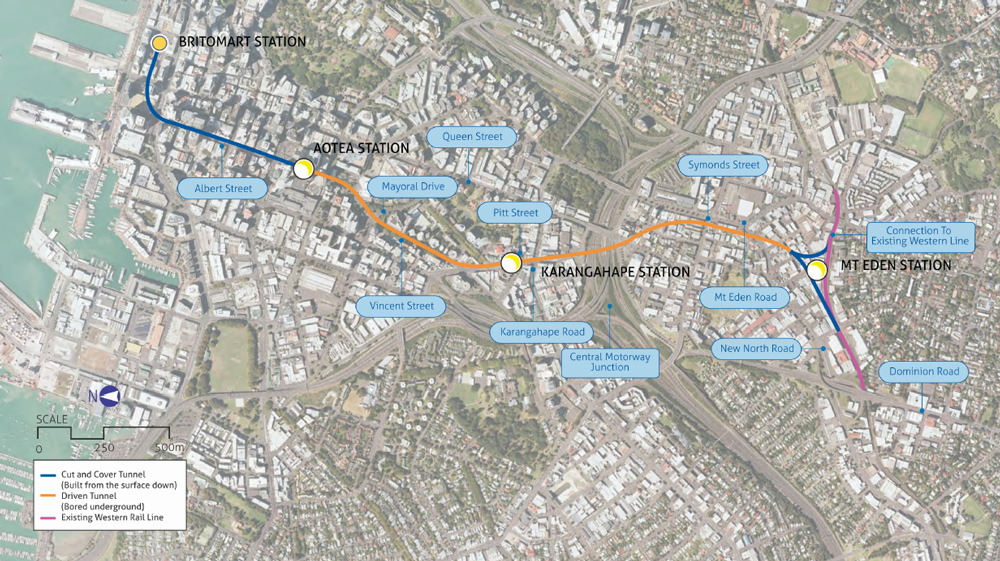