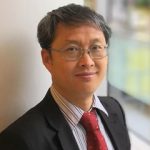 Liu previously worked with HNTB on Seattle-area projects between 2011- 2016. He has more than 20 years of experience in the industry.

“Jason brings knowledge, expertise and a commitment to innovation and safety,” said Kevin Collins, PE, HNTB office leader and vice president. “His national and international tunnel ventilation experience provides our clients with innovative approaches and reinforces HNTB’s role as a leader in the tunnel ventilation industry. We are pleased to welcome Jason back to HNTB.”

Liu has led the concept design of tunnel ventilation systems and conducted detailed ventilation and fire safety design for road and railway tunnels. He has contributed to more than 100 infrastructure, commercial, industrial and residential developments across Australia, Canada, China, New Zealand, Saudi Arabia, Switzerland, Turkey and the U.S.

As part of his contributions to Washington State Department of Transportation’s Alaskan Way Viaduct Replacement Program, Liu was responsible for the detailed design of the SR 99 road tunnel ventilation and fire engineering, including analysis for fire-life safety, and performance analysis for the structural fire durability of the 2-mile tunnel in downtown Seattle.

HNTB established its Seattle office in 1960, but the firm traces its roots in the region back to 1912, when the Columbia River Interstate Bridge between Portland, Oregon, and Vancouver, Washington, opened. The bridge was designed by John Lyle Harrington, a partner in HNTB’s predecessor firm, Waddell & Harrington. HNTB has grown to employ more than 200 professionals in the region who help play a role in planning and delivering high-profile transportation infrastructure projects across the state and around the country.