You are at:Home»News»In Memoriam: Harvey Parker 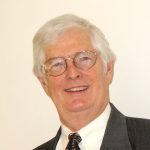 According to his online memorial, Parker had battled ampullary cancer for nearly two years. He was 83.

He served as past president of the International Tunnelling Association (the first ITA president from the United States), and was awarded with the 2019 ITA Lifetime Achievement Award. He also received the 2018 Lifetime Achievement Award from the Underground Construction Association in 2018. Parker also served as chair of UTRC, USNC/TT and ACI underground shotcrete committees.

His broad experience covered soil and rock mechanics, geological engineering, and civil and construction engineering. Recently, Parker had been engaged as a member of a Board of Consultants, an expert consultant, or otherwise in a consulting senior review capacity on complete geotechnical design, construction, instrumentation of major facilities for transit, railroad, highway water and waste, hydroelectric, port, defense, and development of underground schemes in over 15 countries.