You are at:Home»News»O’Dwyer Joins McMillen Jacobs 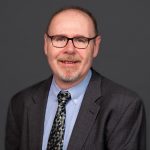 Thomas P. O’Dwyer, PE, has joined McMillen Jacobs as a Principal and Tunnel Ventilation/Fire Life Safety Practice Leader and is based in the New York office. In this role, O’Dwyer will be leading tunnel ventilation design and analysis on tunnel design, rehabilitation/upgrade, and construction projects.

He is a licensed Professional Engineer in New York with 27 years of experience in design and analysis of transit and road tunnel ventilation systems, tunnel inspection, computer model programming, computational fluid dynamics (CFD), Subway Environment Simulation (SES), HVAC design, construction management, and training. He earned his bachelor’s degree in mechanical engineering from The Cooper Union and earned his MBA in Management from Baruch College.

O’Dwyer’s extensive tunnel ventilation experience has included several major vehicular, transit and rail tunnels, including the CFD and SES analysis and design of Los Angeles Metropolitan Transit Agency’s Regional Connector, Westside Extension of the Purple Line, and Gold Line Eastside Extension; the conceptual study and preliminary analysis of Metro Transportation Authority/New York City Transit’s No. 7 Subway Line Extension; and the evaluation of various alternatives for the improvement of the ventilation and fire life safety systems for the Monitor Merrimac Memorial Bridge Tunnel for the Virginia Department of Transportation. O’Dwyer’s greatest professional achievement has been being appointed to the NFPA 130 Committee. NFPA 130 is the National Fire Protection Association’s Standard for Fixed Guideway Transit and Passenger Rail Systems and is created and maintained by professionals from transit and rail agencies/owners, consultants, and equipment manufacturers.

He also has extensive experience in computer programming and has been an integral part of efforts to advance and improve the Subway Environment Simulation (SES) computer program and various other tools used in tunnel ventilation analysis. As a recognized expert in the use of the SES computer program, O’Dwyer has led several training sessions for new users of the program, including both lectures and hands-on training sessions geared toward engineers and outside clients.

O’Dwyer belongs to numerous professional organizations including National Fire Protection Association (NFPA), where he is a committee member on NFPA 130; and American Society of Heating Refrigeration and Air Conditioning Engineers (ASHRAE), where he is a corresponding member of TC 5.9: Enclosed Vehicular Facilities. His most recent publication entitled “The Development of an Emergency Tunnel Ventilation Strategy for the Washington Metropolitan Area Transit Authority’s (WMATA) System” was in 2017 on the work he performed for WMATA following the fatal train fire outside of L’Enfant Plaza Station in January 2015.