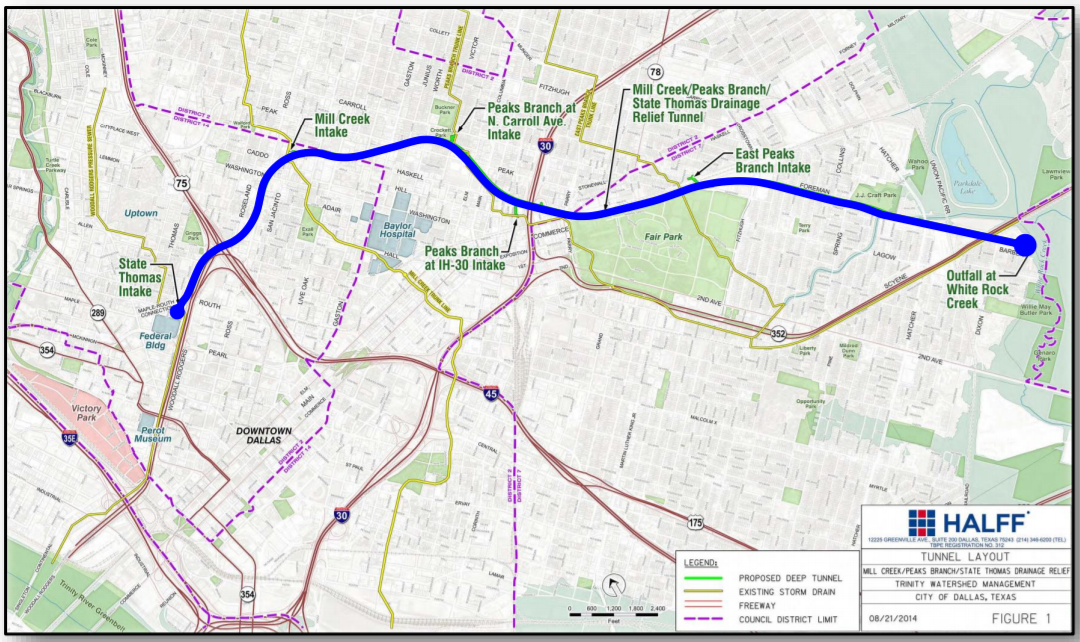 As of late January, the project was 15 % completed by duration. The excavation of launching/entry shaft is in progress with 100 vf of 120 vf completed. The top bench excavation has been completed of the 39-ft diameter horseshoe Starter Tunnel. Mobilization has begun at two intake sites, and excavation of two 220-ft diameter intake shafts has started. TBM mobilization has started with parts currently arriving onsite for assembly and commissioning. In total there are six working sites within the city.