You are at:Home»News»International News»Underground Data Centers for the Urban Spaces of the Future 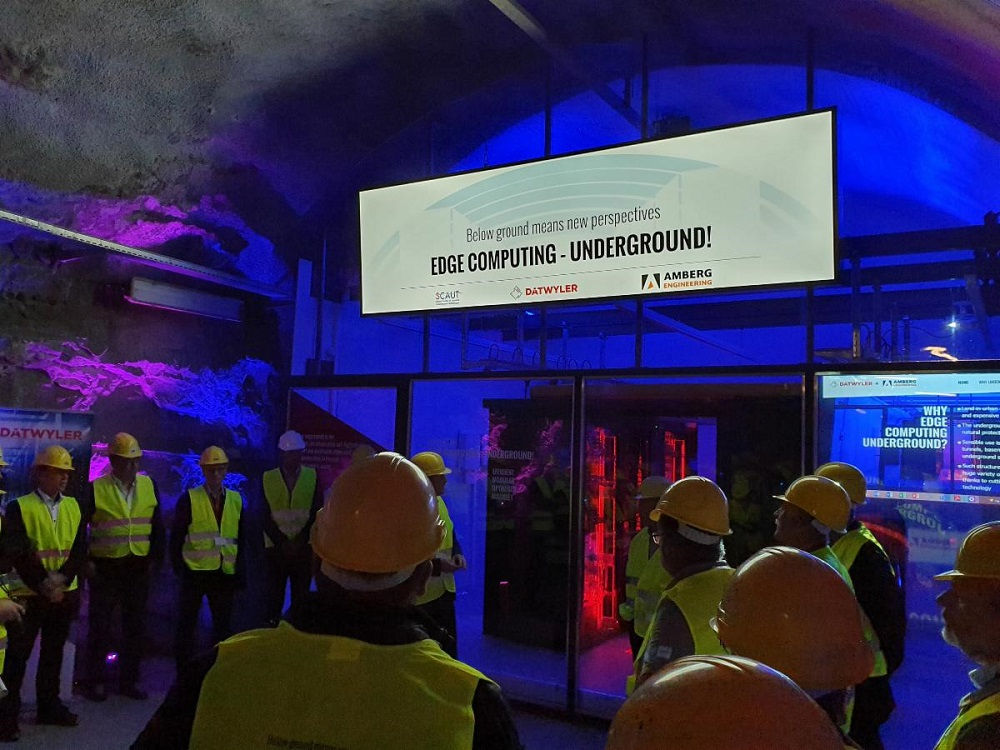 For the first time, the prototype of a modular data center developed for underground placement was presented this week in the Hagerbach Test Gallery. The project, led by the Swiss Center of Applied Underground Technologies (SCAUT), aims to use underground spaces for Edge Data Centers in order to save the limited and expensive space on the surface. The “Edge Computing – Underground” concept was developed in collaboration with Datwyler Cabling Solutions and Amberg Engineering as a cost-effective, space-saving and secure solution for the challenges of smart cities.

A pilot project for the smart cities of the future

Automation, 5G, robotics, Internet of Things and artificial intelligence enable many new applications and
business models, but already produce a large amount of data today. To ensure that these data can be processed efficiently and quickly on site, mini and micro data centers, so-called Edge Data Centers, are already increasingly being used.

Cities and the urban areas of the future will have limited surface space. In order to overcome this problem, the Swiss Center of Applied Underground Technologies (SCAUT) has developed the “Edge Computing – Underground” concept in a pilot project.

The underground – the unseen dimension

The concept is to place a large number of data centers underground. This environment offers protection
against the forces of nature and, thanks to the stable climate, high energy efficiency. The decisive factor
for the urban development of the future is the fact that no surface space is required in urban areas, which
is usually scarce and expensive.

Amberg Engineering as specialist for underground engineering and Datwyler as specialist for data centers
as well as Edge Computing are industrial partners of SCAUT for this pilot project. During the pilot phase, the project team continuously evaluates and optimizes the test results of the prototype.

Said Johannes Müller, CEO of Dätwyler Cabling Solutions AG: “Even though we live in a dynamic world full of uncertainties, one thing is clear: the amount of data resulting from new technologies such as IoT will to a large extent have to be processed decentrally and partly underground.”

Said Felix Amberg, President of the Amberg Group: “In the future, the vast majority of people will live in urban areas. The use of the third dimension not only upwards but also underground will be an essential part of the urban development of smart cities.”