ARTBA also presented its Leadership Impact Award to Rolando Amaya, senior vice president and Capital District leader for WSP, for his contributions to the transportation industry.

The Ethel S. Birchland award is presented to a woman who has demonstrated outstanding leadership and long-term service in the transportation design and construction industry’s public or private sectors, and dedication to the advancement of innovation and other women leaders. 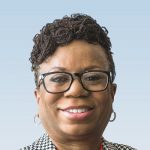 For more than a quarter century, Brown has provided innovative leadership in public finance, implementation of public-private partnerships (P3s), and the development and delivery of innovative financing solutions for critical transportation projects.

Her influence extends well beyond her project work. As an ARTBA member for more than 20 years and vice president of the association’s P3 Division, she aims to spotlight unconscious bias and encourage diversity, equity and inclusion. She introduced and organized a charitable opportunity to support vaccine access and racial health.

“Throughout her career, Deborah has been a strong advocate for promoting diversity, equity and inclusion in the transportation industry, broadening the inclusion of gender and race into panels and conferences,” said Denise Turner Roth, Advisory National Business Line Leader at WSP. “She embodies the spirit of the Birchland Award, and I am so pleased that ARTBA is recognizing her achievements and contributions to promote women in transportation.”

Brown’s involvement in the transportation industry also includes participation in Association for the Improvement of American Infrastructure, Conference of Minority Transportation Officials, and Women’s Transportation Seminar.

Before joining WSP, Brown served as strategic delivery team leader for the U.S. Department of Transportation’s Federal Highway Administration Office of Innovative Program Delivery, and with the Virginia Department of Transportation where she led the implementation of its highly successful and long-running P3 program and oversaw statewide tolling and E-ZPass operations. She received the Excellence in Virginia Government Award for the Pocahontas Parkway Refinancing project.

As an executive leader at WSP, Brown tirelessly looks to hire and mentor younger female and diverse professionals.

“During the past year, inclusivity has been paramount to me, professionally and personally,” Brown said. “I have been working to bring equity-focused analysis and expertise to WSP and its clients across the globe.”

Brown holds a master’s degree in business administration and a bachelor’s degree from Virginia Commonwealth University.

She is the second WSP leader to earn the Ethel S. Birchland Award. In 2016, Paula Hammond, WSP multimodal market leader and Washington State Secretary of Transportation from 2007-2013, received the honor in recognition of her transportation career spanning four decades. 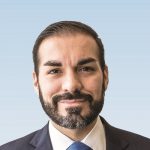 As a graduate of ARTBA’s Industry Leader Development Program, he was eligible for the Leadership Impact Award, which honors his contributions to transportation design and construction; his track record of visionary thinking, driving change and solving problems that improve operational performance; and his work as a mentor to colleagues and efforts to promote diversity and inclusion.

Amaya, who joined the firm in 2009, serves on WSP’s Inclusion and Diversity Council, and was part of the team that developed WSP’s Inclusion and Diversity Strategic Plan. He is active in several of the firm’s mentoring programs and both formally and informally mentors a number of individuals throughout the firm. Additionally, he promotes proactive engagement with local disadvantaged firms, including development of a mentoring relationship with a local disadvantaged business enterprise firm.

Amaya is a graduate of Princeton University with a bachelor’s degree in civil and environmental engineering, and a master’s degree in business administration from the New York University Stern School of Business.

The awards were presented during an award ceremony held as part of the ARTBA National Convention in Pinehurst, North Carolina.