You are at:Home»Cover Stories»Building Out a Transit System for the Benefit of LA 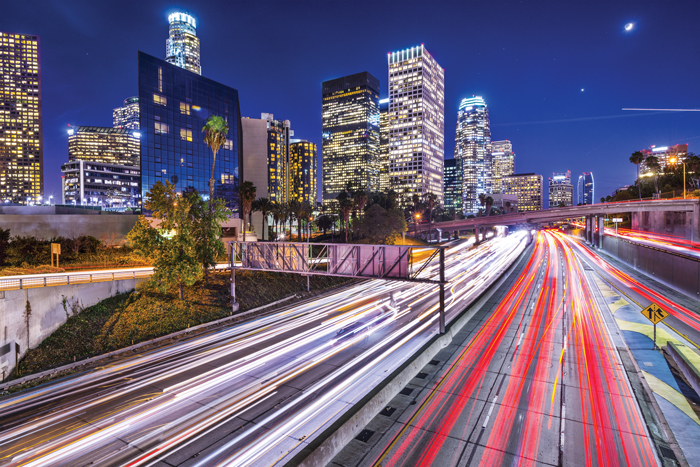 At the core of every growing metropolitan center is an effective and efficient transportation system. High-density population areas cannot exist if planners are unable to move goods and services quickly and reliably.

In the greater Los Angeles area, traffic congestion has historically plagued residents, but city leaders are addressing this need by building out a rail system that is changing the way people commute in Southern California. Under the purview of the Los Angeles County Metropolitan Transportation Authority (Metro), 87 miles of rail has been built that serve more than 360,000 riders daily. 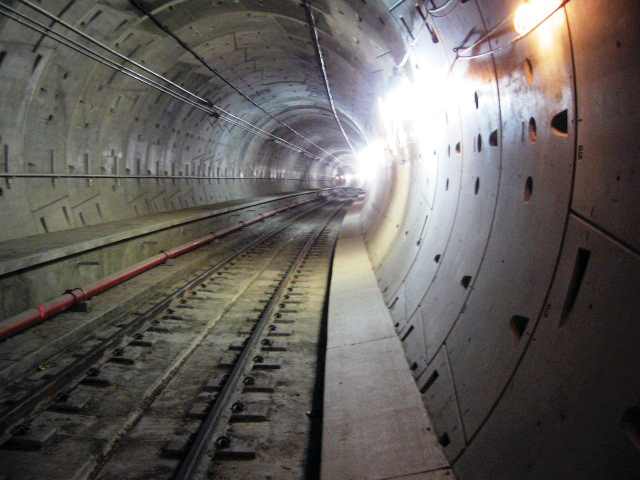 “Approval of Measure R by the voters was a huge show of confidence and tells us that the public wants to expand the mass transit system,” said Dennis Mori, Executive Officer-Project Management at Metro. “We have 87 miles of rail in LA County, and Measure R will effectively double that over the next 30 years.”

Currently, Metro is planning three rail projects that are under construction or nearing construction: the Crenshaw/LAX Transit Project, the Regional Connector Transit Project, and the Westside Purple Line Extension. All of the projects are scheduled to be in service by 2023, adding nearly 15   miles of track combined.

Metro began offering commuter rail services – a combination of light rail and heavy rail and surface and subsurface lines – in 1990 with the opening of the Blue Line, which stretches 22 miles from Long Beach to downtown Los Angeles. “That was basically the starting point for our system,” said Mori, who has been with Metro since 1982.

In 1993, Metro opened the first segment of the Red Line, which now connects Union Station to North Hollywood. The Red Line was extended twice, with the most recent segment opening in 2000. Following construction of the Red Line, Metro commissioned the Green Line (1995), Pasadena Gold Line (2003), Eastside Gold Line (2009) and Expo Line (2012). Metro inter-connects its rail system with a network of busses to provide transportation throughout the metropolitan area.

Next Wave
With support and funding of Measure R, Metro is in the midst of a new wave of projects that will continue to build out the system to increase its geographic footprint and its functionality. The projects include:

Crenshaw/LAX
The $2 billion Crenshaw/LAX project consists of approximately 8.5 miles of new light rail infrastructure including bored tunnel, cut-and-cover tunnel, at-grade and elevated line along with eight new stations. The Crenshaw Line will extend from a terminus on Aviation Boulevard near LAX Airport to a new underground station near the Expo Line in downtown Los Angeles. Walsh/Shea Corridor Constructors was selected as the design-build contractor and was given NTP in September 2013. The line is expected to open for revenue service in 2019.

Regional Connector
The Regional Connector project is a $1.42 billion, 1.9-mile underground line, mainly constructed by EPB TBM. This project connects the Metro Gold Line in the north and east to the Metro Blue Line in the south and the recently opened Expo Line in the south and west. The project includes the construction of three underground stations through the center of the city. Construction is anticipated to begin in 2014 with the line opening for revenue service in 2020. On April 24, Metro approved a $927.2 million design-build contract with Regional Connector Constructors (RCC), led by Skanska USA Civil West California District Inc. in partnership with Traylor Brothers Inc.  Hatch Mottt MacDonald is the lead designer for RCC.

Westside Purple Line Extension
The Westside Purple Line Extension (formerly known as the Westside Subway Extension) is a $6.3 billion, 9-mile extension of the Metro Purple Line that is planned to connect from the existing station at Wilshire/Western westward through the Wilshire Boulevard Miracle Mile District, Beverly Hills, Century City and into Westwood, near the I-405 Freeway. The extension includes seven stations that will be built along the alignment. The tunnel will be about 22 ft outside diameter constructed by EPB TBM. The 9-mile project is broken into three sections. Metro is in the process of obtaining a $2.82 billion Full Funding Grant Agreement from the Federal Transit Administration (FTA) for Section 1 comprising 3.9 miles and three stations. Construction for Section 1 is scheduled for 2014-2023. An RFQ was issued in November 2012 for design-build teams using a best-value procurement. An RFP was issued in June 2013 to: Westside Transit Partners (Impregilo/Samsung E & C America/ Salini USA); Shimmick/Obayashi/FCC JV; Skanska/Traylor/Shea JV; and Dragados/Southland/Astaldi JV.  Proposals have been received for evaluation and the award of the contract is expected in early summer 2014.

Tunneling in LA
Most of the new Metro tunnels will be bored through softground conditions using pressurized face TBMs. Although the ground formation is fairly well suited to tunneling, the area is known for its oilfields and naturally occurring gas. On the Westside Purple Line Extension, crews will be tunneling through tar sand formations. “The tar sands are a different material compared to what we have encountered before,” Mori said. “We know that gas levels are higher, so we have to make sure that we have a robust ventilation system and also we have to make sure that the contractors are familiar with constructing tunnels and stations in gassy ground conditions.”

To help gain a better understanding of the ground, Metro has constructed a test shaft next to the Wilshire/Fairfax station site. “We felt that it would be helpful to construct a test shaft during the procurement stage of the design-build contract so that any information we gained could be available during the bidding process,” Mori said. “This allows the design-build proposal teams to get a better assessment of the potential ground conditions, the design issues, the construction methods. Hopefully, that will reduce the amount of perceived risk and bring in better price proposals.”

Metro’s most recent tunneling project, part of the Metro Gold Line East Side Extension project, marked the first time the agency used a closed-face, pressurized EPB TBM. “After the tunneling was completed, we found that there was no measurable surface settlement throughout the entire tunneling operation,” Mori said. “Based on LA’s past tunneling projects you could expect some settlement – a quarter inch or half inch – so that was a great achievement.”  Metro plans to use the same technology in conjunction with a single-pass, precast, bolted-and-gasketed concrete segment tunnel lining system on all three of its upcoming projects.

Additionally, all three projects are being delivered using design-build procurement. According to Mori, design-build offers advantages in schedule vs. traditional design-bid-build contracting by eliminating the procurement of the final designer and overlapping construction and final design. Metro also hopes to benefit by integrating innovation and cost-effective solutions brought by the contractor during the design phase. Again, Metro is tapping into the successes of the Metro Gold Line East Side Extension, which was also mostly procured using design-build. “That project came in on time and within budget – and with an outstanding safety record and less than 5 percent in change orders,” Mori said.

As Metro looks to the future and the area’s transportation needs, it envisions an integrated network of trains and busses playing a key role in moving large amounts of people quickly and efficiently. The ultimate goal is to provide public transportation to all business and population centers. The system has come a long way since it began providing revenue service in 1990, and there is still more work to be done.

Jim   Rush is editor of TBM.