You are at:Home»News»Central Subway Opens in San Francisco 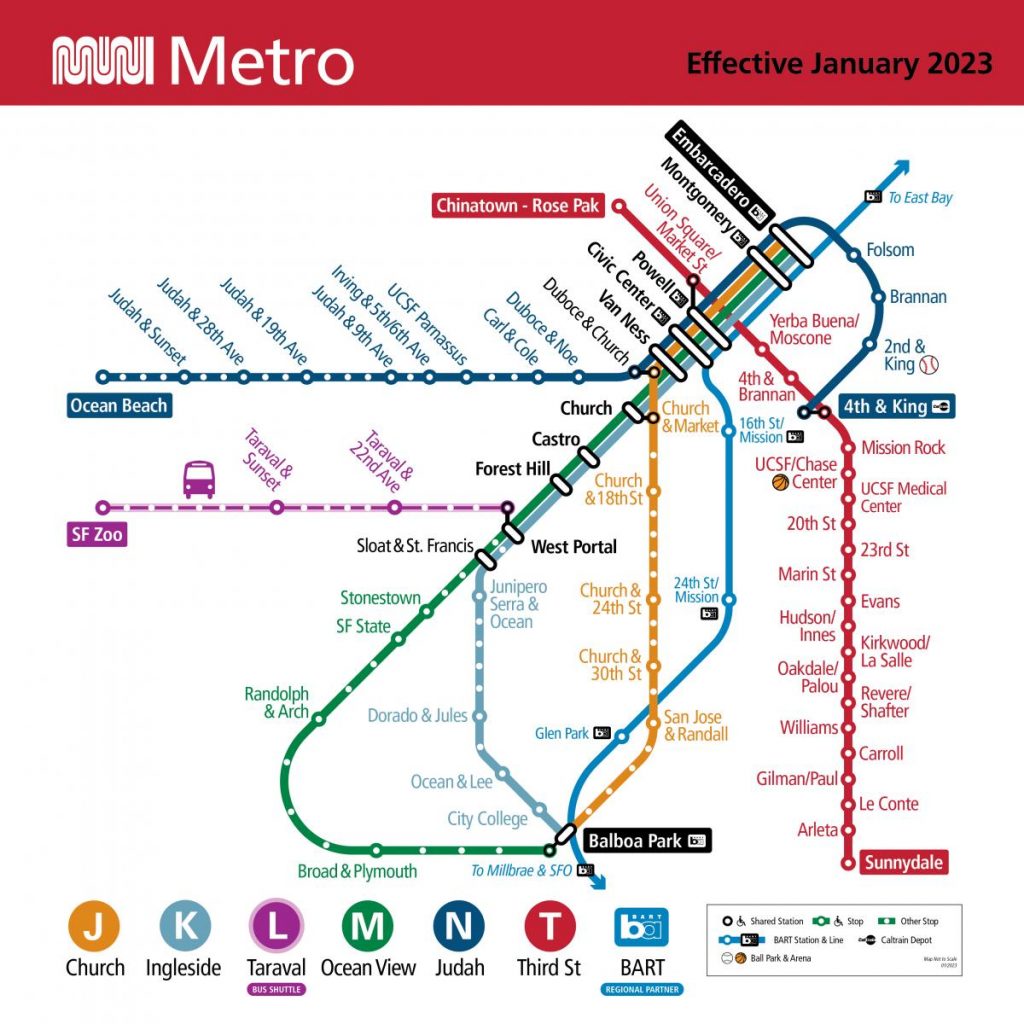 The new Central Subway tunnel runs underneath the Market Street subway, which means the stations are deeper and have very long escalators – the longest in the United States west of the Mississippi. There are also two glass elevators at each station from street level to concourse level and from concourse level to platform level for accessibility.

At Union Square/Market Street Station, the elevators are in the center of the concourse with their own fare gates.

MuniMobile and Lifeline customers may use any of the wide fare gates at the Union Square/Market Street Station – at the Geary escalators, the Ellis escalators or the elevators in the center of the concourse.

All three new Central Subway underground stations are equipped with WiFi, and cellular service will be set up soon. To connect to the free, open WiFi network, open your phone’s WiFi settings and select #SFWiFi and enjoy connectivity on all station platforms and concourse levels.

Construction on the Central Subway began in 2010. It is the first new subway to open in the city in 40 years. It includes 3 new underground stations and one above-ground station where it joins the Muni Metro T Third line.

Planning for Central Subway began in the late 1980s to provide more transit on 3rd Street and in Chinatown. After six years of construction, the first part of the T Third opened on 3rd Street in 2007. It connects neighborhoods in Mission Bay, Bayview, Hunter’s Point and Visitacion Valley. In 2013, work began to add 1.7 miles to the T Third, with four new stations in SoMa, Union Square and Chinatown. Tunnels over a mile long under the streets are as deep as 120 feet in some areas. The project cost $1.9 billion, provided by the Federal Transit Administration, the State of California, the Metropolitan Transportation Commission, the San Francisco County Transportation Authority and the City and County of San Francisco.