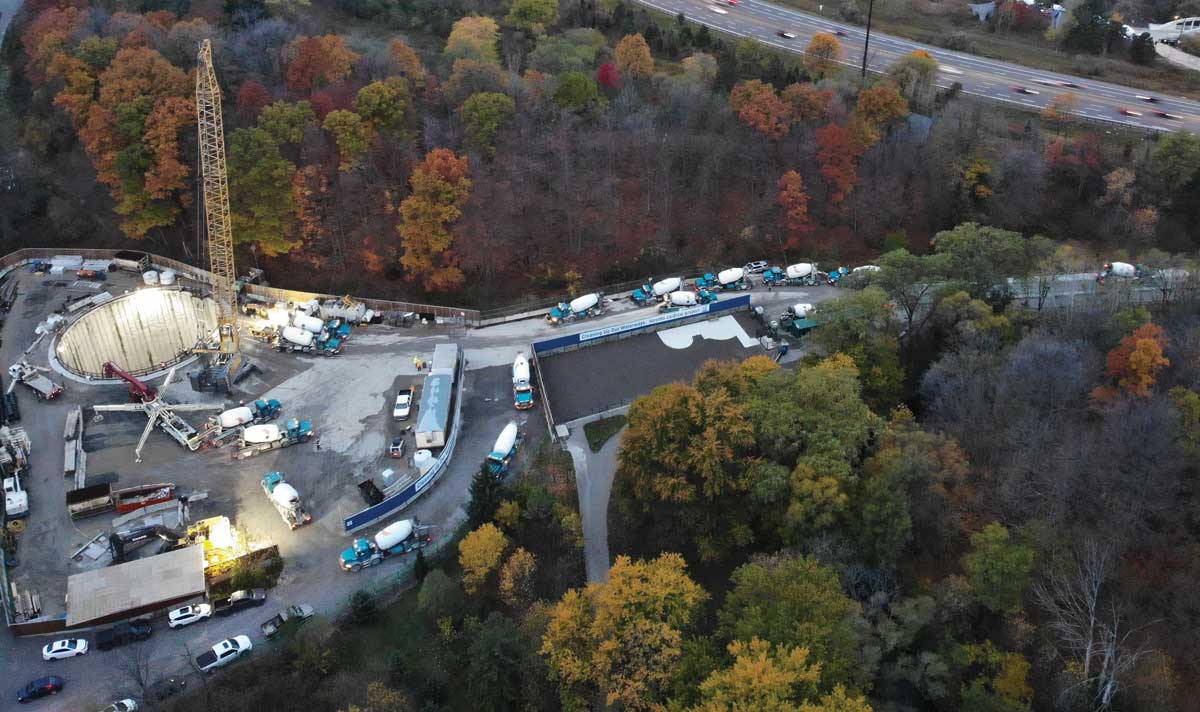 In an effort to protect perhaps its greatest natural asset, the City of Toronto is embarking on an ambitious plan to clean up and protect Lake Ontario for generations to come. The City’s $3 billion, 25-year Wet Weather Flow Master Plan is designed to reduce or eliminate combined sewer overflows into Lake Ontario through wastewater treatment plant upgrades and the construction of storage tunnels that will capture and store would-be overflows.

In 1987, the International Joint Commission identified Toronto’s waterfront as one of 43 polluted “Areas of Concern” in the Great Lakes Basin, largely because of impaired water quality and sediment conditions in the Don River and Inner Harbour. Water quality in the Lower Don River, Central Waterfront and Taylor-Massey Creek is degraded due to combined sewer overflows and stormwater runoff. 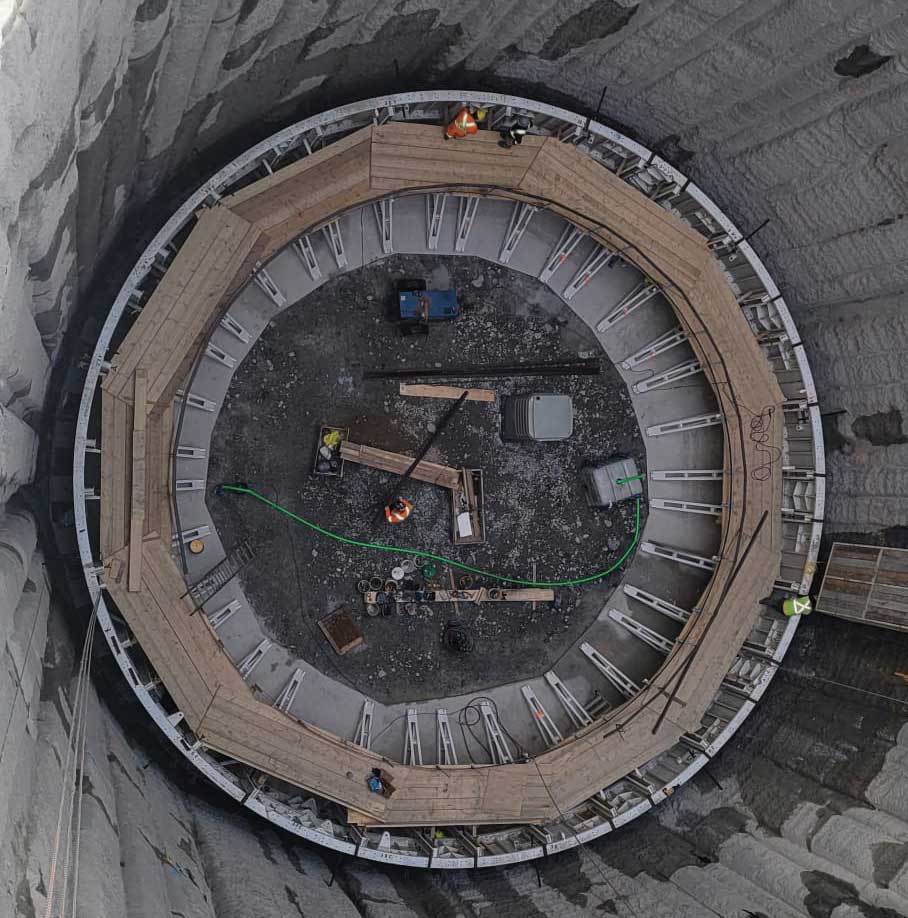 The program in place today is based on extensive research, analysis, input from the public, agencies, and other stakeholders. This includes:

The first stage of the Don River and Central Waterfront Wet Weather Flow System is the Coxwell Bypass Tunnel, which comprises 10.5 km of 6.3-m diameter tunnel. The project includes five large shafts, 20 to 22 m in diameter and 50 to 56 m deep, and 11 drop shafts, 2 to 4 m in diameter and 50 m deep. 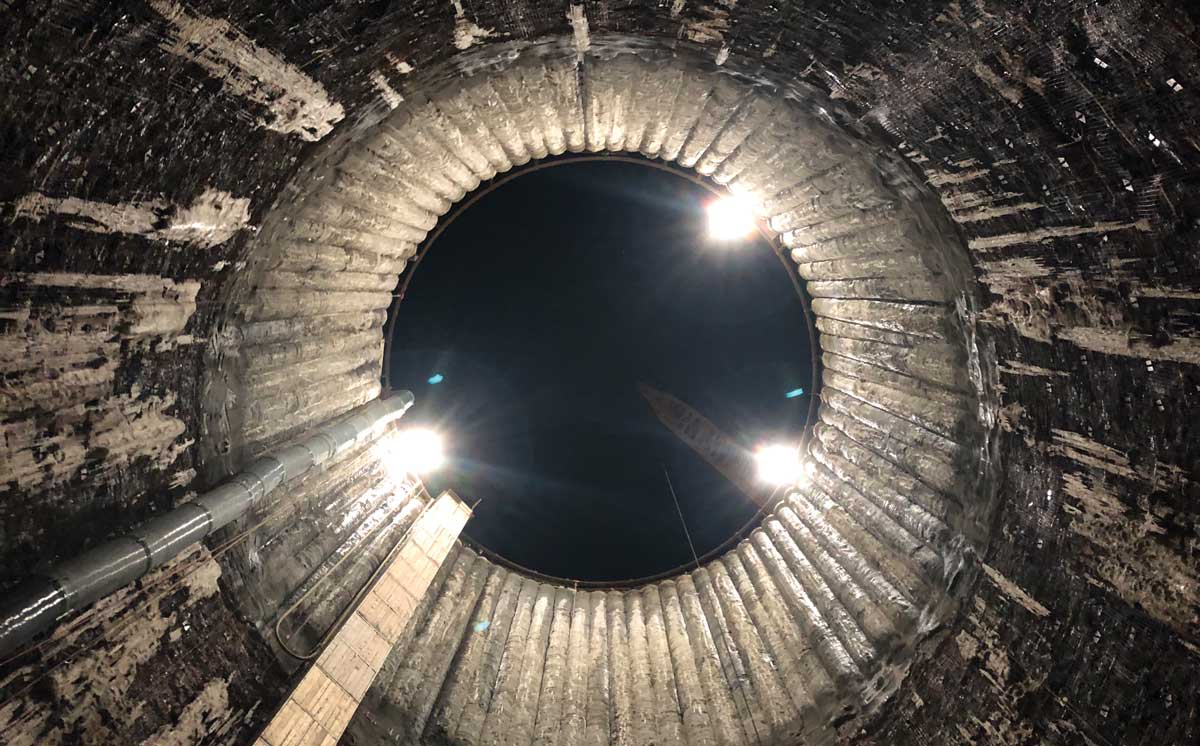 A $397 million design-bid-build contract was awarded to North Tunnel Constructors ULC, a joint venture team including Jay Dee Canada, Michels Canada and C&M McNally Tunnel Constructors. NTP was issued on Aug. 7, 2018, and the project is expected to be complete by 2024. The tunnel designers are Black & Veatch and R.V. Anderson Associates.

Tunneling starts from the Ashbridges Bay Treatment Plat, proceeding west along Lake Shore Boulevard East to Don Roadway, before heading north up the Don River valley to the North Toronto Treatment Plant. From there the tunnel heads east to the termination shaft at Coxwell Ravine Park. Much of the tunnel alignment is in sensitive neighborhood locations.

The alignment of the tunnel is primarily in the Georgian Bay shale bedrock formation, with the potential to cross a buried soft ground valley in two locations with bedrock cover less than 6 m. As a result, the contract required a TBM capable of operating in open mode and closed mode and capable of handling pressures up to 6 bar. North Tunnel Constructors purchased the dual-mode TBM – named “Donnie” – from Lovsuns.

As tunneling progressed, the TBM encountered two sections of the buried valley but crews were able to mine through the short distances in open mode.

The TBM was launched in March 2020 and has mined 65 percent of the alignment as of publication date. All five of the large diameter shafts have been excavated, as well 10 of the 11 drop shafts. Upon reaching Shaft 3, crews relocated operations, except for the conveyor system, to allow adit excavation in the first reaches of the tunnel. 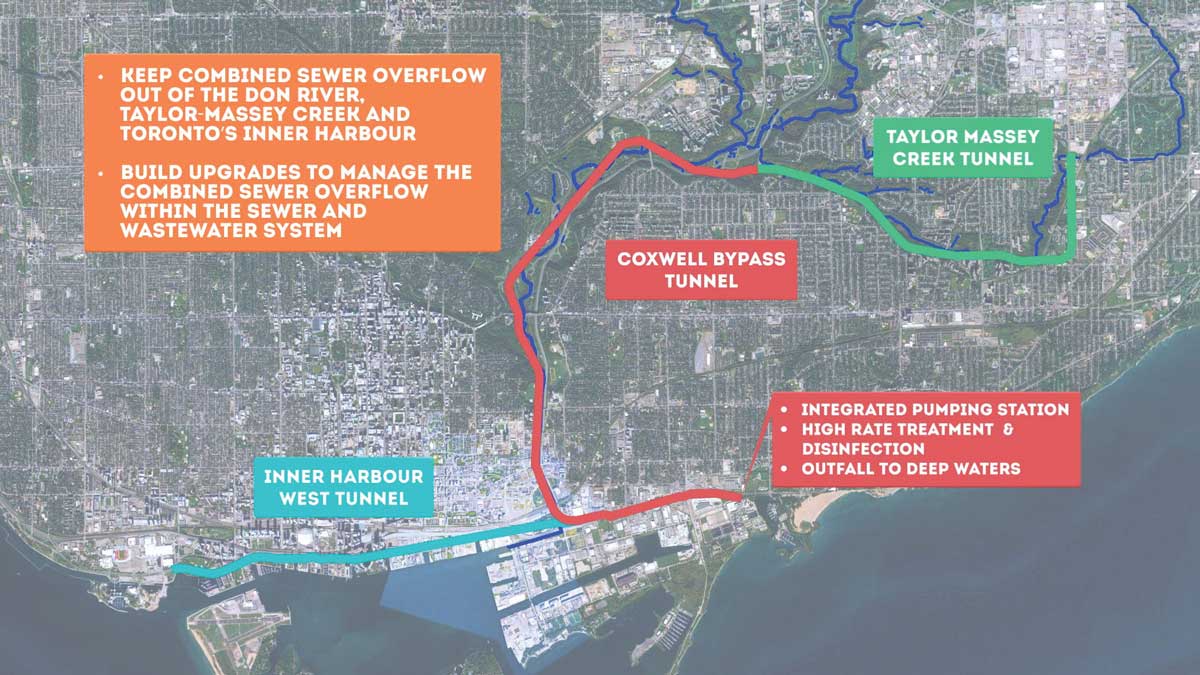 In addition to the buried valley, other concerns during the design and planning stages involved the crossing of the eight-lane Don Valley Expressway, as well as five bridge structures – all within an urban environment with multiple stakeholders. One of the five deep shafts was designed to accommodate future high-rise development in the area.

Another challenge associated with the project certainly was unforeseen – the worldwide COVID pandemic. “The COVID 19 pandemic has proved challenging to many construction projects in the City of Toronto and we have had to adjust the way we engage the teams,” according to Robert Mayberry, Senior Project Manager for the Don and Central Waterfront Project for the City of Toronto. “Site visits by city staff have been limited and communication through photo and video is required. The Province of Ontario classified this type of project as essential, and the construction work has continued without stoppage throughout the pandemic. The contractor has done well to minimize delays and adjusted their processes to protect their staff and inspection staff working in close quarters.”

The future Inner Harbour West Tunnel will connect to the Coxwell Bypass Tunnel near the waterfront, and the future Taylor Massey Tunnel will connect to the top end of the Coxwell. In addition to being the tunnel system backbone, the Coxwell can serve as a bypass to the Coxwell Sanitary Trunk Sewer (Coxwell STS), a critical component of Toronto Water’s sanitary sewage conveyance infrastructure. The Coxwell STS carries flows from a population of 750,000 residents to the Ashbridges Bay Treatment Plant (ABTP) by gravity, and the new tunnel will provide redundancy.

This article was written with information provided by the City of Toronto, Ehsan Alavi of Jay Dee, and Daniel Cressman of Black & Veatch.