You are at:Home»News»International News»CREG Rolls Out China’s Largest Slurry TBM 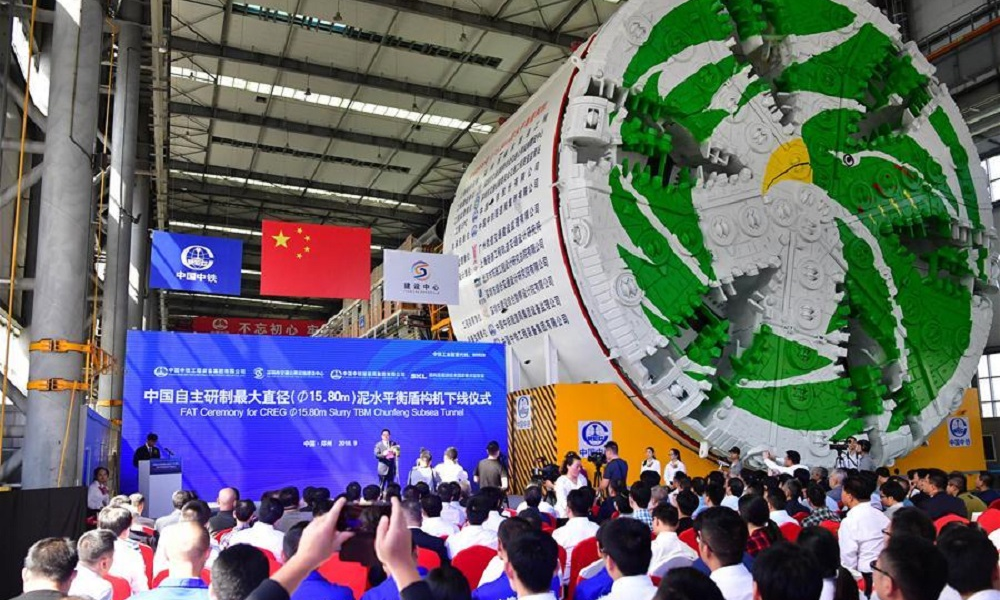 CREG hosted an event marking the completion of the largest slurry TBM designed and built in China. (Source: Xinhua.)

The machine, named Chunfeng, has a diameter of 15.8 m (51.8 ft), making it the largest slurry TBM designed in China. It weighs around 4,800 tonnes and is 135 m long. The machine is developed by China Railway Engineering Equipment Group Co. Ltd. (CREG) and will be used for excavating a tunnel in the southern city of Shenzhen.

“The geological conditions are complex in the tunnel, and the TBM is expected to churn through 3.6 km of rock layer,” said Ye Chao, an engineer with CREG’s design institute. “We have created special designs to solve the problems and reduce risks. ”

CREG is a leading TBM supplier worldwide. As of June, 2018, the company had signed 788 TBMs for tunneling projects, in which 656 are operating around the world, according to the company.