You are at:Home»News»Digging Deep on the New Scarborough Subway Extension 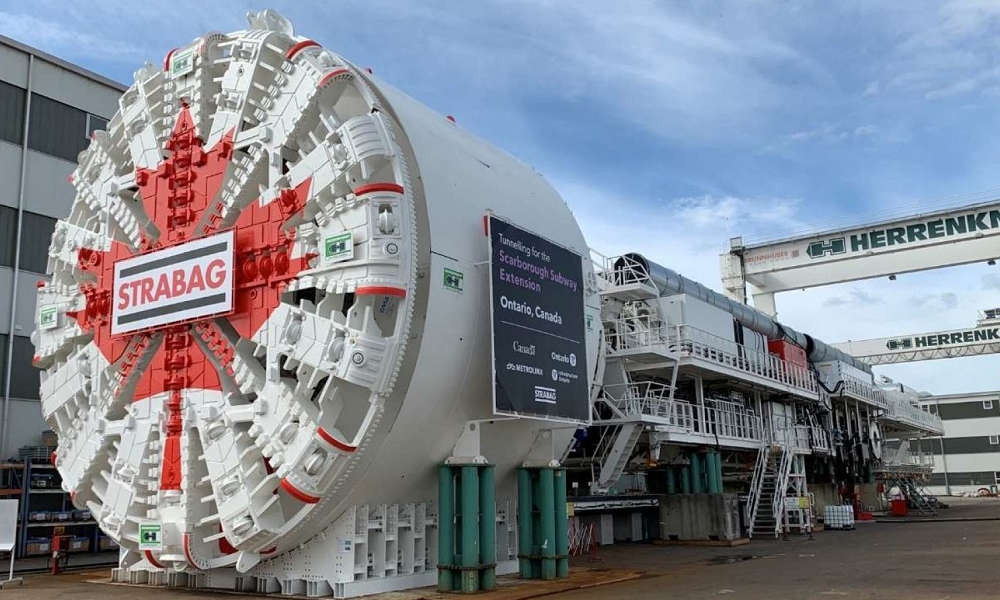 Construction for the Scarborough Subway Extension continues as crews dig even deeper to build the massive excavation needed for the project’s very large tunnel boring machine.

It’s all hands on deck at the corner of Sheppard Avenue and McCowan Road as crews pick up the pace to build Scarborough’s new subway line.

Metrolinx has brought a team on board with a wealth of experience to take on this mammoth task. The tunnel contractor, Strabag, is an Austrian-based company that has built complex transportation infrastructure in more than 60 countries.

Now, teams are taking a big bite out of the launch shaft – where the tunnel boring machine will go into the ground to start digging. As you can see, crews are making great progress.

The drill rigs have moved out and the excavators have moved in to dig out and remove materials from site to create a hole big enough for the tunnel boring machine. As excavators dig through the earth, materials like soil and rock are removed and taken off the site by truck.

With excavation work now in full swing, safety remains a top priority. People in the area can expect increased truck traffic at the intersection of McCowan and Sheppard, so Metrolinx is reminding drivers and community members alike to be extra mindful of their surroundings.

Last month, crews completed the drilling of over 300 reinforced concrete columns to support the launch shaft for the tunnel boring machine, which will go down into the depths next year and start the journey south to Kennedy Station. These columns – known in the construction industry as “piles” – have created a stable, water-tight barrier around the edge of the excavated area.

All this work is in anticipation of the tunnel boring machine arriving early next year.

The custom-built machine is full manufactured and assembled in Herrenkneckt’s facility in Germany and will be making its way across the Atlantic Ocean by boat.