You are at:Home»News»International News»Final Pieces in Place for West Gate Tunnel Boring Machines 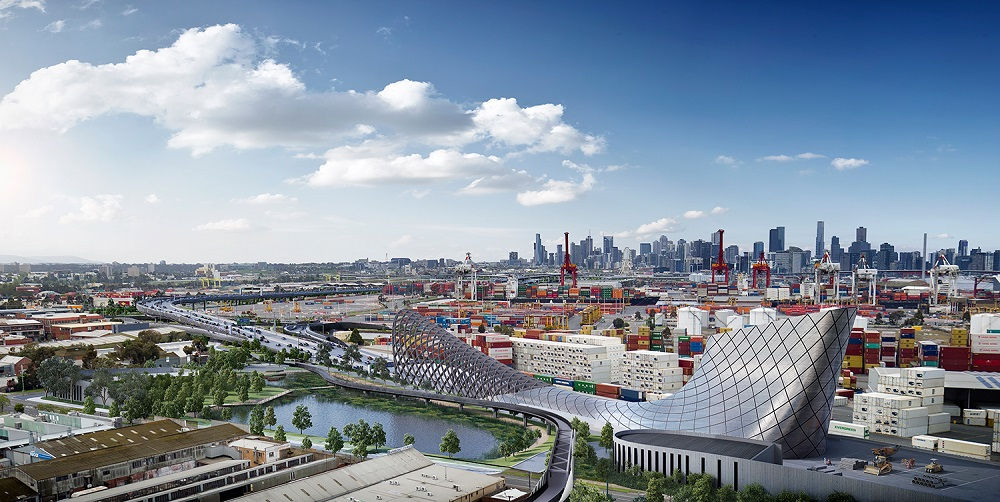 The final parts of the largest Tunnel Boring Machine (TBM) in the southern hemisphere have been lifted into place to get ready to start digging the West Gate Tunnel.

The four-story-high cutterhead has been lowered 27 m into the ground in Footscray bringing the project another step closer to start tunneling.

The project is being built by a joint venture of John Holland and CPB Contractors, which was awarded a $5.5 billion ($4.1 billion USD) in 2017. The project scope includes a 2.8-kn eastbound tunnel, 4-km westbound tunnel, a new bridge over the Maribyrnong River, and freeway improvements.

The positioning of the 450-tonne cutterhead – the equivalent weight of approximately nine Melbourne trams – was a massive task using a 500-tonne gantry crane to first lift it from horizontal to vertical, and then moving it over the launch site before being lowered into place.

The cutterhead is the main boring tool that sits on the front of TBM Bella, made up of five separate pieces welded together and featuring 96 mounted cutters. 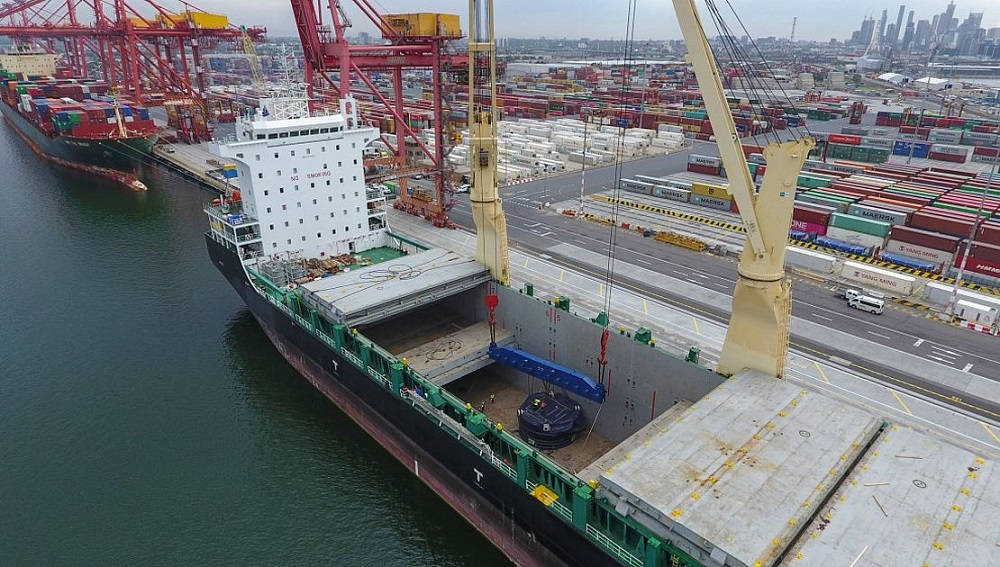 With the TBM being assembled from back to front, Bella’s cutterhead, which is located at the front of the machine, is one of her last components to make its way underground.

75,000 worker hours will go into building the first tunnel boring machine Bella, which will take 18 months to dig the longer outbound tunnel connecting the city to the West Gate Freeway.

The assembly of the second TBM Vida will soon commence for tunneling to start later this year.

Bella and the other TBM Vida will build Victoria’s alternative to the West Gate Bridge, allowing the removal of up to 9,000 trucks from residential streets.

The Herrenkecht-built EPB TBMs are 15.550 m in diameter.

In other news, tunneling has been completed on the North Yarra Main Sewer diversion, a 600-m microtunnel needed before tunneling on the main project can begin. The MTBM Mollie finished digging the tunnel is 35 days, completed the 424 m drive and removing 3,174 cubic meters of dirt.

The existing North Yarra Main Sewer is 2.6 m in diameter, over 100 years old and made mostly of bricks. The sewer runs below the center of Whitehall Street in Footscray and Yarraville, and it carries 20% of Melbourne’s sewage.