You are at:Home»News»International News»GEWI Piles for Tunnel Project in Rotterdam 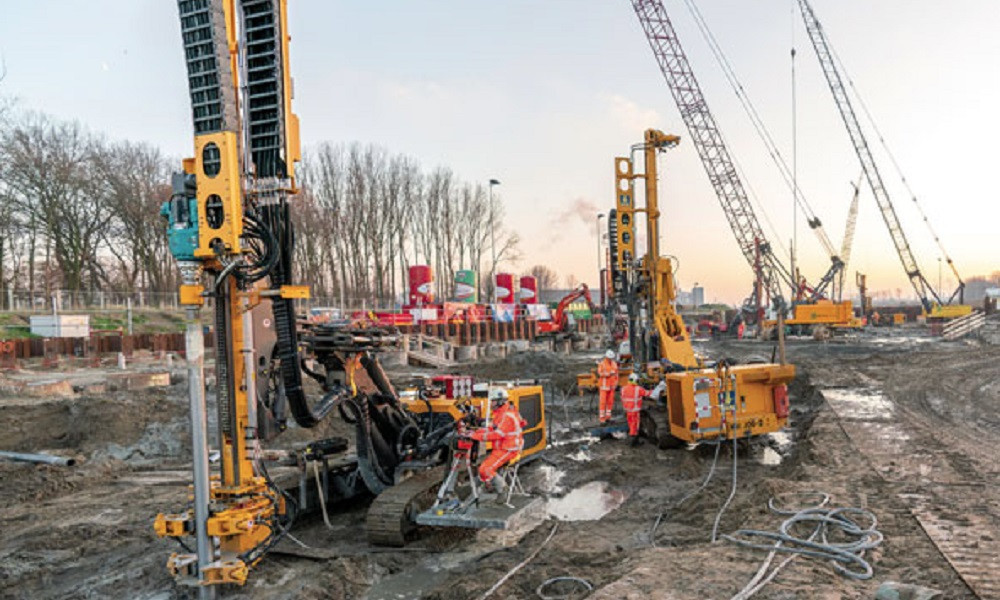 With a population of around 650,000, Rotterdam is not only the second largest city in the Netherlands, as home to Europe’s largest seaport, it’s also an important transport hub for freight traffic. A wide variety of goods from all over the world make their way to European cities after arriving in Rotterdam by ship. Most of these goods are transported onward from Rotterdam on freight trains or trucks. In order to better direct traffic in the city and permanently alleviate road congestion, a new highway called the “Blankeburgverbinding” (Blankenburg Connection) is currently being built west of Rotterdam between the existing A15 and A20 highways.

The new A24 highway will be approximately 4 km long and will cross the Scheur River by the Maasdelta tunnel and a recreational area by the Holland tunnel. As part of the project, BAUER Funderingstechniek B.V., the Dutch subsidiary of BAUER Spezialtiefbau GmbH, was contracted to deliver and install GEWI piles, which are micropiles with threads. The contractor is the construction company BAAK, a union of Ballast Nedam and DEME. In total, approximately 10,000 t of GEWI material will be delivered by Bauer between July 2019 and May 2020 and installed as 4,500 individual piles for the southern ramp of the Maasdelta tunnel.

In the run-up to the actual construction work, preliminary pile load tests were conducted in 2018 to investigate the primary friction properties of the three soil strata at the site. Soft clay, followed by firm clay and medium-dense to dense layers of sand were detected down to a depth of up to 20 m. The design of the GEWI piles for the tunnel ramps was adjusted based on the results of the pile load tests. The installation of the pile foundation for the southern ramp of the future Maas Delta Tunnel, which is 30 meters deep, began in the summer of 2019.