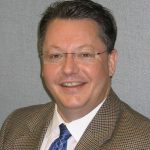 Recognized for his leadership and expertise in tunneling, Gary Kramer has won the 2018 Engineering Medal for Engineering Excellence, one of the Ontario Professional Engineers Awards (OPEA). Kramer is Senior Vice President and Global Practice Director for Hatch’s Tunnels practice, responsible for technical leadership and excellence in tunnel, shaft and trenchless projects. One of the world’s foremost tunneling experts, he has worked on many large-scale projects, such as the Eglinton Crosstown LRT and Toronto-York-Spadina Subway Extension.

The engineering medal recognizes overall excellence in the practice of engineering, and Kramer joins two past Hatch recipients in this honor: Bert Wasmund, Executive Director, awarded in 2005; and Nils Voermann, Global Managing Director, Advisory, Digital, Environment, and Technologies, awarded in 2011.

“I couldn’t be prouder of Gary’s accomplishments over his career. His work has enabled us to make Toronto a more vibrant, livable city,” says John Bianchini, Chairman and CEO, Hatch. “He is the third member of our global leadership team to receive an OPEA Engineering Medal, and his extensive and accomplished career exemplifies our mission as an innovative organization that tackles our clients’ toughest challenges.”

“Engineers have the ability to profoundly impact the world around us through the application of improved processes and new inventions. Gary Kramer has embraced that challenge throughout his 34-year career as one of the world’s foremost tunneling experts,” stated Jonathan Hack, President, Ontario Society of Professional Engineers. “He has demonstrated a unique combination of technical leadership, continuous improvement as well as developing and mentoring younger staff. On behalf of the Ontario Society of Professional Engineers, I’d like to congratulate Gary Kramer for winning a 2018 OPEA Medal for Engineering Excellence.”

Kramer has more than 34 years of experience in project, design, and construction management on large multidisciplinary tunnel projects for transit, highway, sewage, rail, earthwork, marine, and hydroelectric works. As design and construction manager on the Crosstown LRT project, he oversaw work to construct the 11-km twin-bored tunnels and the single-pass precast-lining systems. Kramer also oversaw the Toronto-York-Spadina Subway Extension, the largest capital program ever undertaken by the Toronto Transit Commission, where he managed and pioneered the innovative application of steel-fiber concrete reinforcement for concrete segmental linings in the tunnel.