You are at:Home»News»International News»Herrenknecht TBM Breaks Through on Bossler Tunnel 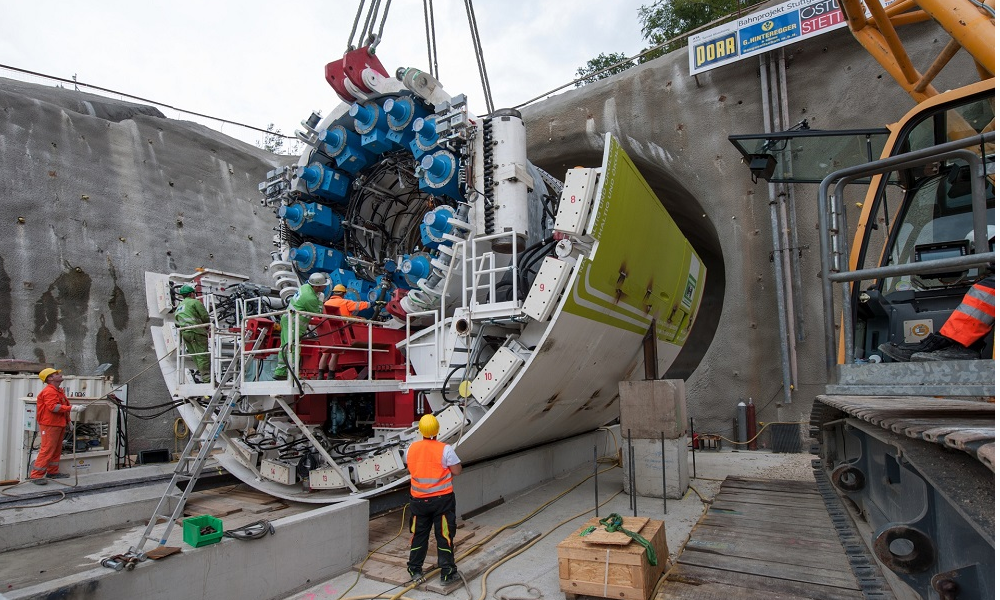 The site crew working with tunnel boring machine “Käthchen” has completed the second tube of the Bossler tunnel In Germany. The breakthrough near Mühlhausen im Tale in Baden-Württemberg is another milestone in the construction of the Stuttgart-Wendlingen-Ulm railway line, which is expected to go into operation in 2022.

When Katie (Ø 11,340 mm) broke through the target wall, the Earth Pressure Balance Shield (EPB) had completed around 18,000 m of tunneling in the sandstone, limestone and claystone rock. The Herrenknecht TBM finished the second tube of the Bossler Tunnel in early June.

Now the shell construction of the tubes in this section is completed. The railway tunnel is of great importance for the new Wendlingen-Ulm line and is expected to go into operation in 2022. Travel time on the Stuttgart-Ulm route will be almost halved. Ten million passengers a year will benefit from the railway project. 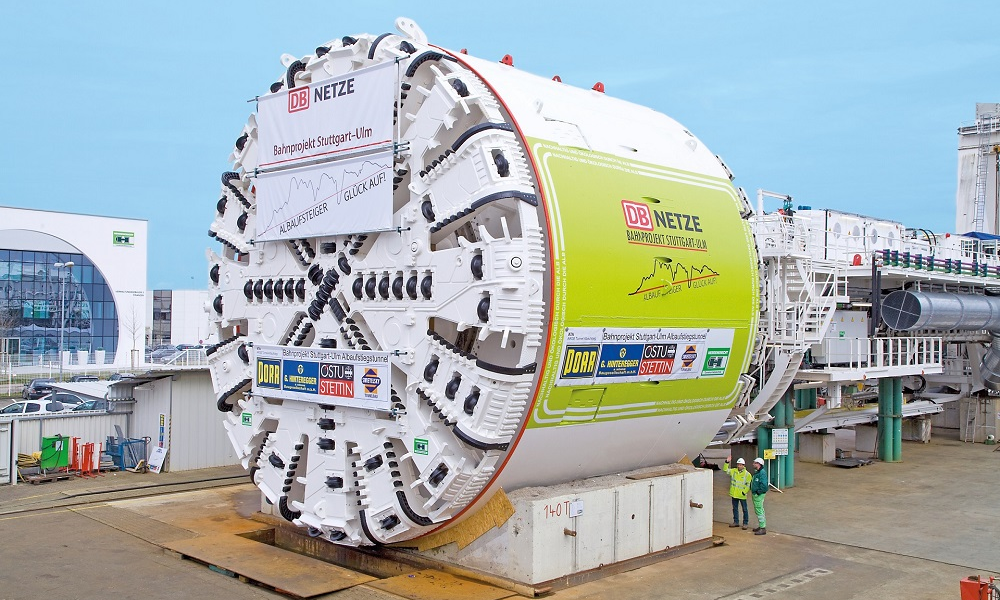 The second tube of the Bossler tunnel runs parallel to the first, which the team from ARGE ATA Tunnel Albaufstieg (Porr Deutschland GmbH, G. Hinteregger & Söhne Baugesellschaft m.b.H., Östu-Stettin Hoch-und Tiefbau GmbH, Swietelsky Baugesellschaft mbH) had already completed in November 2016. The TBM was then disassembled into its individual parts, transported back to the starting point and prepared for the launch of the second drive. From April 2017, the machine again worked its way continuously through the rock.

Construction of the two tubes was carried out differently than originally planned. After the preliminary geological analysis, the construction team had only intended to use the TBM over a distance of about 2.8 km. In the course of further exploration, however, the soil conditions turned out to be more favorable than expected. The TBM from Herrenknecht was thus able to excavate nearly 7.8 km in the first tube and even 8.8 km in the second tube – which is almost the entire tunnel distance. The work progressed extremely quickly.

RELATED: On the Cutting Edge: A Conversation with Herrenknecht’s David Krauter

From the beginning, the TBM, achieved top performances. In June 2015, two months after the start of the drive in the first tube, the TBM reached the 1,000-m mark. It was able to cover up to 38 m per day and after advancing for six months had already excavated 3 km – a strong performance on the part of the site crew. A total of 60,000 segments were installed in the Bossler Tunnel. They were manufactured in the purpose-built factory close to the Aichelberg tunnel portal.

The Albvorland Tunnel is also part of the new construction of the Wendlingen-Ulm railway line. The Herrenknecht tunnel boring machines “Wanda” and “Sibylle” (Ø 10,820 mm) are in operation there. So far they have excavated almost 4 km of tunnel. As part of the Stuttgart 21 project, Herrenknecht tunneling technology is also working on the Filder Tunnel. The Multi-mode TBM “Suse” (Ø 10,820 mm) has already excavated over 10 km of the tunnel route planned to connect the main station with the airport.