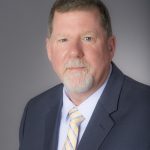 Hobas Pipe USA, manufacturer of centrifugally cast fiberglass reinforced polymer mortar pipe, recently announced the promotion of John Simonson to the role of Division Manager South. Simonson will have the primary responsibility of overseeing the sales team’s efforts in the Southern market of the United States.

“John has played a key role in expanding the use of HOBAS pipe in Northern Texas, Oklahoma and Arkansas. We are excited to promote him into this important position,” stated Martin Dana, Vice President of Sales for Hobas Pipe USA.

Simonson initially joined the company in 2003 as Area Sales Manager – North Texas, Oklahoma and Arkansas and quickly excelled to one of the top producers. His technical expertise and ability to develop key relationships are important to his selection in this new role.