In New Milford, Connecticut, a 48-year-old wood stave penstock at the Rocky River Hydroelectric Power Plant had reached the end of its useful life. The original wooden and steel penstock transported water from Candlewood Lake to the Housatonic River by means of the Rocky River Hydroelectric Power Plant; and vice-versa. This penstock travels from Candlewood Lake to the plant’s surge tank above the Housatonic River. This 48-year-old penstock was made of Douglas fir that was held in place by iron rings. It was originally built in 1928 and replaced in 1965. As it aged, it had begun to sag and leak into the drainage ditches that run parallel to the pipeline. 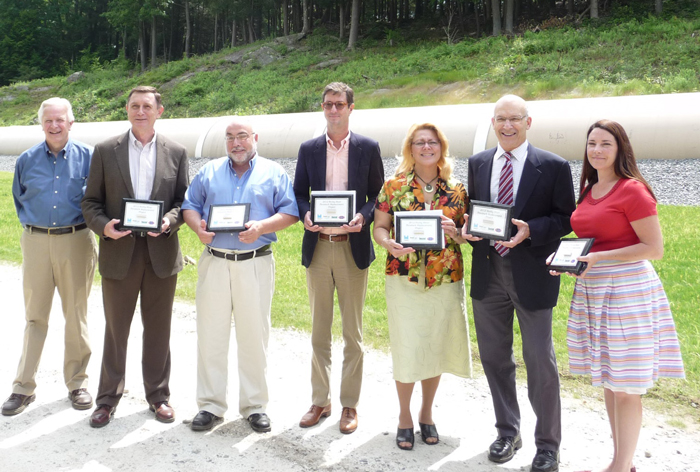 Hobas Pipe USA supplied 950 ft of 120-in. pipe to rehabilitate this penstock. The 15-ft diameter wood stave penstock was replaced with 10-ft diameter fiberglass pipe.  FirstLight Power, owner and operator of the penstock, held a ribbon-cutting ceremony to honor those who participated in the completion of the project.

Hobas manufactures pipe in sizes from 18 to 126 in. in pressure and non-pressure classes.