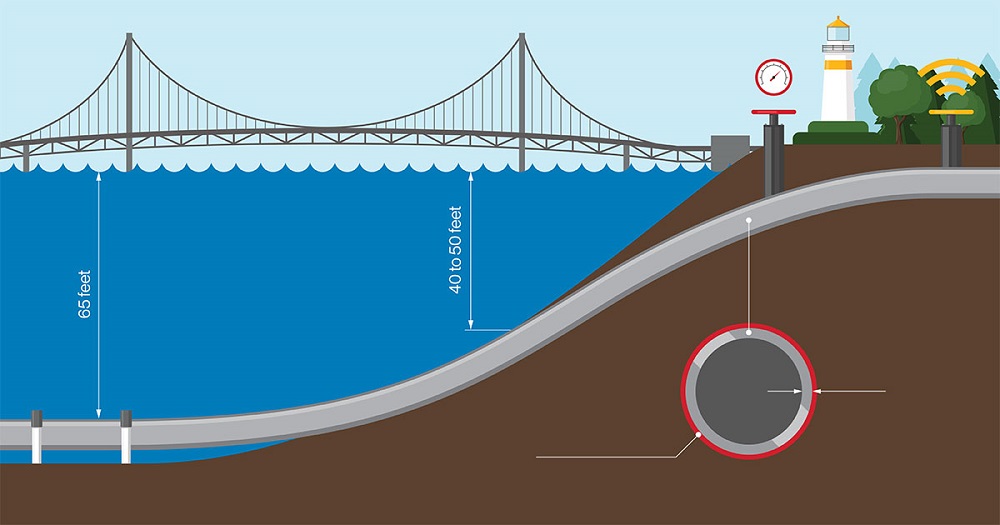 Enbridge announced that is has hired a team to build the Line 5 tunnel across the Straits of Mackinac, according to a report in abcnews.com. The report said that Enbridge, a Canadian energy company, plans to begin construction on the tunnel next year. The tunnel would replace twin pipelines currently in operation on the lake bed, carrying crude oil and natural gas across the straits between Lake Huron and Lake Michigan in northern Michigan.

Great Lakes Tunnel Constructors, a partnership between Jay Dee Contractors and Obayashi, has been hired to the build the tunnel, according to the report. Arup has been hired as the designer.

The tunnel has faced a series of legal challenges from groups who oppose the tunnel, including environmental organizations, with still more legal hurdles to clear.

The $500 million project is expected to be complete by 2024, according to kallanishenergy.com.