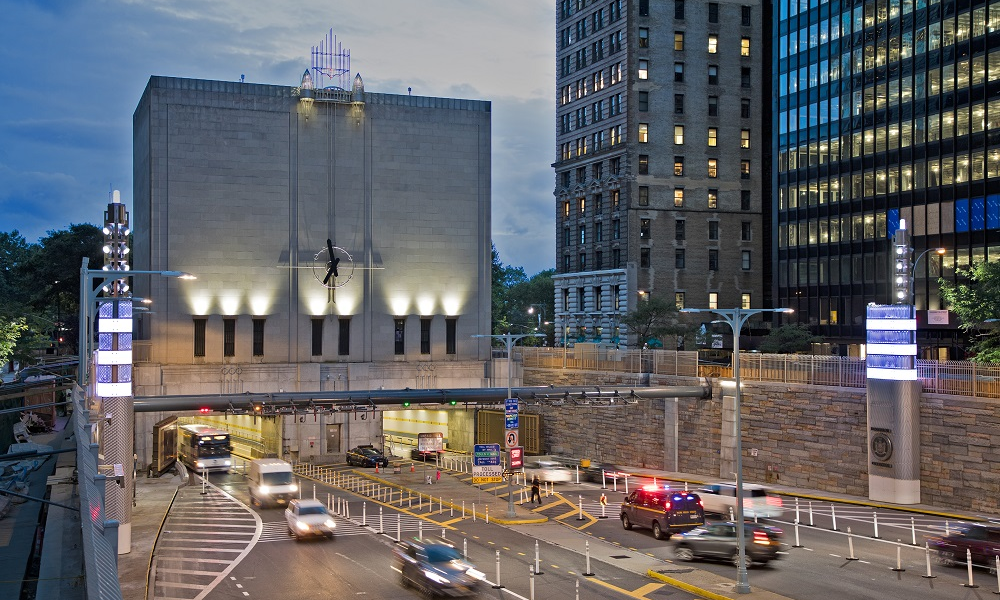 In 2012, the Hugh L. Carey (also known as the Brooklyn-Battery) Tunnel, part of I-478, flooded with 86 million gallons of seawater as a result of Hurricane Sandy. A complete, six-year overhaul was undertaken to restore and improve the critical structure, which is the longest, continuous, underwater vehicular tunnel in North America.

The tunnel was relamped with 1,210 Kenall LuxTran LTSIU luminaires and more than 300 LuxTran KB5 beacon lights, which Governor Andrew Cuomo’s office described in a statement by the New York Metropolitan Transit Authority (MTA) as, “new energy efficient LED lighting that will improve public safety.” In another statement, the MTA reported that, “832 lights at the Brooklyn-Battery Tunnel were replaced with high-efficiency lighting, saving 500,000 kilowatts per year or $55,000 annually.”

The results of these two intertwined lighting projects is that the MTA will be able to save over $200,000 per year in energy costs and reduce kilowatt consumption to acceptable levels, in accordance with Executive Order 88. The MTA will also have high-quality, sealed, certified fixtures that will last for decades –
far beyond the point of payback.

In addition to the Hugh L. Carey Tunnel, Kenall lights were used to upgrade the Battery Parking Garage, a historic, 2,126-space parking garage owned by the MTA.  Located adjacent to the Hugh L. Carey Tunnel, it serves lower Manhattan and is commonly used by visitors of many important sites, including the 9/11
Memorial & Museum, the Financial District and Battery Park.

Engineering firm Guth DeConzo was responsible for specifying new,
energy-efficient lighting in the garage, and New York City Transit recommended Kenall
be one of three manufacturers included in a trial mockup. “I was aware of Kenall, but
I wasn’t sure it would meet the economics, efficiencies and parameters, due to its
reputation of specializing in high abuse applications and being more concerned with
luminaire quality, vs. budget and efficiency,” said BouJeloud Reed, LC, the electrical
engineer for the project.

However, Reed, found exactly what he needed for the bustling parking facility. He
worked extensively with Kenall staff to tailor solutions that fit the needs of the garage,
including lighting and controls for drive lanes, parking spaces, stairwells, elevator landings
and the underside of the garage, over Joseph P. Ward and Washington Streets. “With these
projects, cost vs. energy savings is always a leading concern… you need to gain
advantage of kWh savings everywhere you can, especially if you are going to use a
higher-end product. This is where the customized controls solutions shine, but
again — the price needs to stay within reason. Kenall’s engineering group provided
personalized input and support like no other manufacturer I have ever dealt with. At the
end of the day, they stepped up and made sure the economics worked as well, without
having to value engineer all of the high-tech add-ons,” Reed said.

Reed estimates the benefits to MTA as follows: