You are at:Home»News»International News»Liebherr Reaches Tunneling Milestone with Large-Diameter Bearing 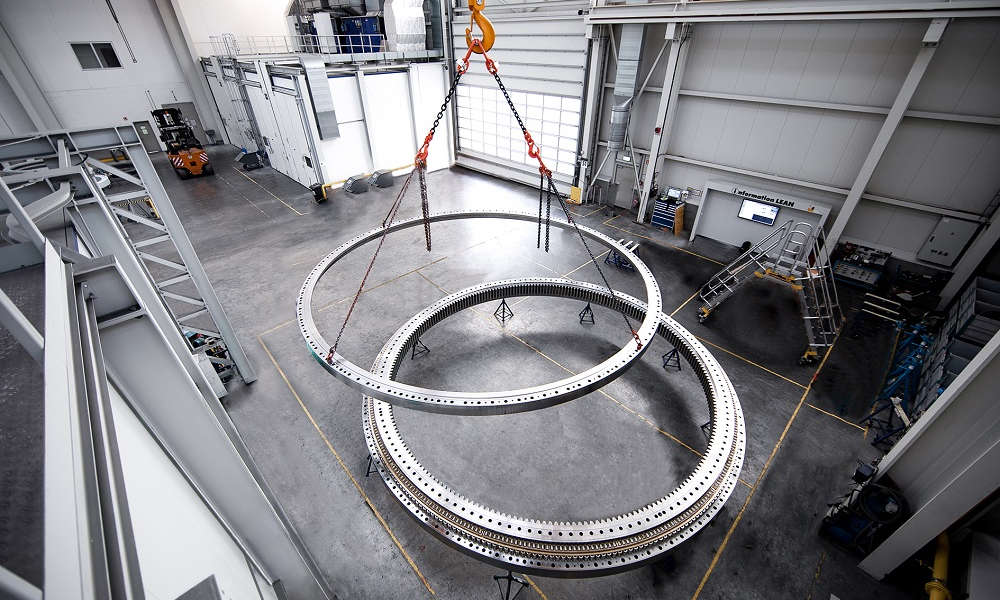 With its main bearing for Shanghai Tunnel Engineering (STEC), a Chinese system provider of tunnel boring machines (TBMs), Liebherr has reached the next dimension in tunnel construction. With the diameter of almost 8 m and the weight of 44 tons, the roller bearing is a real heavyweight to be used in one of the largest tunnel boring machines. At the same time, the bearing is the largest TBM main bearing of its kind produced by Liebherr to date.

When a main bearing weighs as much as 44 small cars at once, it is expected to be able to do a lot. Used in the cutterhead of a TBM, it helps to bore a tunnel about the height of a 6-story building. This is possible due to its double rollers in the bearing track, an extremely precise internal gearing, as well as due to 20 pinions, that drive the bearing on the inner ring.

In addition to the main bearing, Liebherr also manufactures the erector bearing for the said tunnel-boring machine. With a diameter of 7.3 m and a weight of 5.7 tons, it may not seem quite as big in comparison, but it still has an important function in tunnel construction. It sits behind the cutter head and ensures that precast concrete elements are placed all around the wall during tunneling. The concrete elements primarily have the task of securing the tunnel. In the second step, these concrete elements support the TBM, when moving forward.

With a height of 15.5 m, the 8-km tunnel in the city of Foshan in the south of China will ensure that vehicles can travel back and forth in three lanes on two superimposed roadways. In more and more cities, the infrastructure is being newly developed and expanded. Therefore, the demand for subway construction and road tunnels is growing worldwide. Also tunnel systems for mining, hydro power, as well as supply and disposal systems are currently in great demand, showing strong growth. For Liebherr, the production of the TBM main bearing is hence a step in the right direction.

Liebherr has already completed several projects with the STEC company. With this assignment, however, Liebherr-Components contributes to the success of the major project.

RELATED: Liebherr, Robbins Team Up to Ease Congestion in Mumbai