You are at:Home»News»North American News»Q & A — TBM chats with Lok Home of The Robbins Company 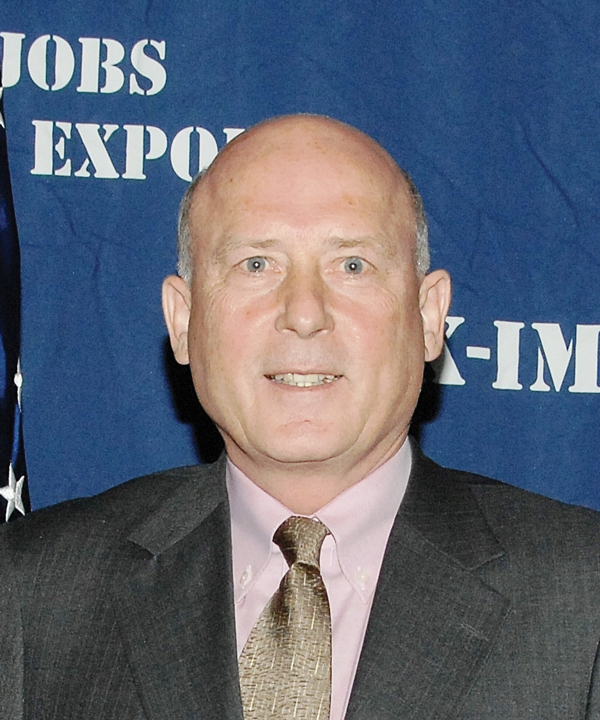 Lok Home has a long history in the North American and international tunneling communities as an equipment manufacturing representing The Robbins Company, Boretec, Atlas Copco and Jarva. After beginning his career Robbins, Home became owner and president of the company in 1998. Through that time, Home has seen the industry evolve in many different areas. TBM had the opportunity to sit down with Lok at the recent RETC event in Washington, D.C., to hear his views on the marketplace.

One of the biggest news stories so far this year has been the announcement by Caterpillar that is it closing its tunneling operations just a few years after it began with the acquisition of Lovat. What is your reaction? How do you see this impacting the market?

The move by Caterpillar didn’t surprise us. We have seen other large companies move into our specialized market over the past couple of decades only to leave after a few years – Atlas Copco and Ingersoll Rand are a couple of examples. Whether it is a executive management change or the fact that the niche nature of our industry doesn’t fit the model of the rest of the company, Cat pulled out of the TBM market. The Cat situation in a way will present some opportunities. It is one less competitor of course, and there may be some business opportunities to fill the void they left in the industry.

Formerly, Lovat had been strong in the EPB market, and we have moved heavily into EPB over the last five years or so, and with some real good success. So instead of having three companies competing for the North American market we will have just Herrenknecht and us. We see the Japanese companies still a factor in the market, but I don’t see a big influx of machines because it has historically been difficult for the Japanese to come into the North American market. As far as our EPBs, we’re building good machines that are gaining reputation. We’ve done well in Mexico City and other places, and I think we’ll do well in San Francisco on the Central Subway project.

Speaking of EPB, can you explain the process of Robbins entering into that market? The Robbins name was almost synonymous with rock tunneling?

We recognized that EPB was a big part of the industry and getting bigger and bigger, so we moved in that direction. Specifically, we moved into a particular section of that business. We’re looking for the more difficult projects, meaning ones with rock, boulders and hard conditions that match well with our background. Obviously our reputation and experience has been in rock, and now we see a lot of mixed-face projects where there are a lot of boulders or partial rock and partial soil. I think we’ll do better in the market because people believe in Robbins’ ability to understand how to cut hard rock and our experience. We won’t make a cheap competitive machine. We don’t know how to design cheap and competitively, we just know how to make a good durable machine that lasts. And that was a bit of Lovat’s story too. Their machines were used on multiple projects, and the industry liked that. The U.S. industry is used to that, where the Japanese industry and even places like Singapore, you buy one machine you use it for one project and that’s it. In that whole Japanese market, all machines were new and they were only used one time and that was it – completely different from the way we approach it.

Mitsubishi alone produced around 1900 machines … a tremendous amount of machines. And there were about 7 or 8 Japanese suppliers producing machines. But there is still a lot of good technology that exists in Japan that hasn’t been fully exploited or used in the United States yet. They have done a lot of unique things that we haven’t adapted, but I think we will continue to adapt some of that Japanese experience which is thousands of machines and thousands of jobs … obviously they have some experience that is useful.

Aside from the use of EPBs, what other trends do you see developing in the marketplace?

There is a bigger focus cross over machines that you convert from pressurized machines – whether that it EPB or slurry – and then cross over to open mode machines were you remove the muck by conveyor belt, so we are focusing on that market too. We just built a huge TBM for Turkey that is completely cross over – it can operate in open mode or under pressure. So I think that market will also grow. And we’re also of course building slurry machines. We built one in China and it operated very well, and we are making a slurry machine for a project in Azerbaijan. So we are offering the full spectrum: slurry machines, EPB and dual mode machines. We are lined up to compete with anybody.

The Robbins Company has done well with its line of smaller equipment, particularly the Small Boring Unit (SBU). What are the company’s plans to compete in the small diameter and microtunneling markets?

We are not going to go 100 percent into the conventional slurry microtunneling. One of the reasons is there is a surplus of machines on the market right now and we don’t see that as a big growth market. AS a result, we don’t see good margins. We are looking at creating new systems that are more adaptable to rock boring than conventional microtunneling with slurry and we think there is some market there … kind of similar to what we did with the SBUs. We think there is remote boring without necessarily using slurry, so we are looking at that segment of the business.

Robbins has sold TBMs for use in mines too. Do you view that as a growth market?

Yes, that is a growth opportunity for us in our industry. We are doing a project for Anglo American Coal in which they are using a decline to convey the muck out of the tunnel. We actually have an EPB type machine going down a steep grade. We are just starting that operation after putting the TBM together on site. And we have another TBM in Australia that is also a decline, but it is more of standard hard rock machine. Last year we put a machine into the Stillwater Mine, where we have had other machines previously. So we see mine development as one of the opportunities in our industry, and one we are well suited to move into.

The U.S. market has been strong over the last 10 years or so. How do you see the future of the market? Are we due for a slowdown or there another wasve of projects that will keep the industry healthy?

I think there is going to be a next wave. I think we’ll see more projects coming back online that were EPA directed projects – Clean Water Act projects to clean up cities like Cleveland and Columbus. So we’ll see more of that as the general economy improves. You have to have tax dollars to fund these projects and hopefully the U.S. economy will tick along a little bit better – it appears to be and I believe it will.  As the economy improves, these cities will be able to allot the funding for these projects, a lot of which had been delayed. So as the economy improves, so will our industry improve. But I don’t see any trend toward a large takeoff of the industry in North America. I don’t see anything like the Chinese development with 25 or 30 cities putting in 90 new subway lines in the next five years. When you look at that, the U.S. industry looks a little bit quiet.

What about development in other areas, particularly in South America?
Recent riots in Brazil reflect the need for improved infrastructure. I think of the messages they were trying to convey was ‘Hey, we just need have better transportation. Don’t spend your money on Olympic Games, spend it on better and cheaper transportation,’ which means subway systems – and that helps us. We are delivering four EPB machines for Fortaleza, Brazil, so our business in South America is picking up. I think that is partly due to the good success we are having in Mexico City with the Metro and Emisor Oriente projects. Our reputation is gaining that we can do difficult EPB projects, and that will help us in the South American market as well.