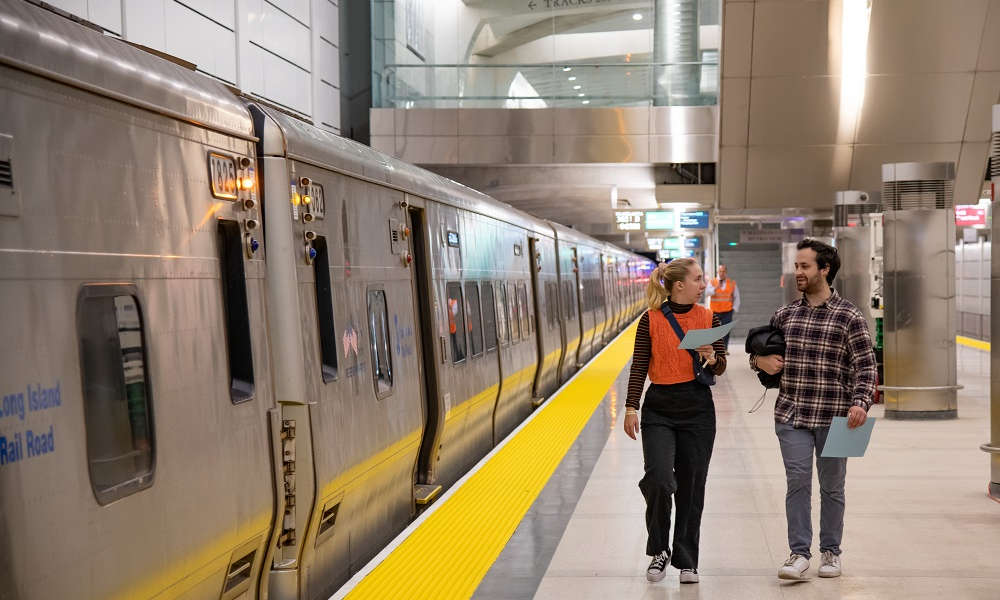 New York’s Metropolitan Transportation Authority (MTA) announced that operational control of Grand Central Madison – the new 700,000 sq ft Long Island Rail Road terminal nearing completion underneath Grand Central Terminal – had been transferred to the LIRR from MTA Construction and Development, the MTA’s agency responsible for building the terminal. During development, the project was known as the East Side Access.

The transfer of control, a significant step toward opening the new terminal, occurred at noon on Friday, Dec. 9, and was overseen by the Federal Railroad Administration. The transfer signifies that the rail operations at Grand Central Madison and the tunnels leading to it are now federally regulated railroad territory.

“Today’s announcement means that Grand Central Madison is formally changing from a construction site to a railroad terminal,” said Catherine Rinaldi, Interim President of MTA Long Island Rail Road and President of MTA Metro-North Railroad. “This is a historic, major milestone for the project. The LIRR is delighted to have received this extraordinary nearly completed new train terminal and railroad staff are looking forward to safely beginning train service for customers.”

The project continues the final stages of testing. MTA Construction and Development remains active on the site, with contractors testing air flow and life safety systems as well as the escalators and elevators that are essential for the operation of Grand Central Madison.

The new terminal is expected to open before the end of the year. It is the largest passenger rail terminal to be built in the country in 67 years and has been one of the largest transportation infrastructure projects in the United States in recent years. The two-level caverns support four platforms and eight tracks, and upon opening, will provide Long Island’s commuters direct access to Manhattan’s east side, offer new commuting opportunities for reverse peak travelers, and enhance New York’s regional connectivity.

When the LIRR begins full service to Grand Central Madison, it will introduce the largest schedule increase in LIRR history, adding 269 trains per weekday, a 41% systemwide service increase, to 936 trains per weekday from the current 667.

The new terminal will also enable the LIRR to accommodate anticipated customer demand to Manhattan when Amtrak begins a project in 2024 to rebuild its East River Tunnels to Penn Station. The project will take one of the four tunnels out of service, in sequence, over a period of three years, reducing LIRR capacity to Penn Station – capacity the LIRR will be able to maintain to Manhattan with its new tunnels to Grand Central Madison.

Some of the other major benefits include: