You are at:Home»News»Marine Borings Begin for Hampton Roads Bridge-Tunnel 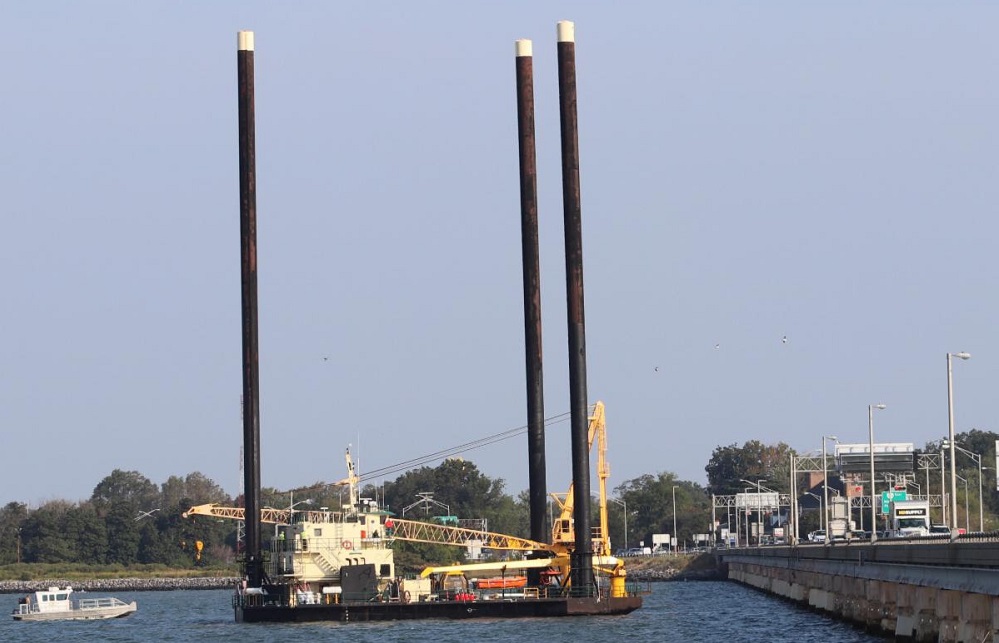 Self-propelled lift boats will have a birds-eye view of the existing Hampton Roads Bridge-Tunnel (HRBT) trestles for the next four months as they work to collect geotechnical samples to support the design of the new HRBT bridges, twin bored tunnels and island work.

The U.S. Army Corps of Engineers (USACE) issued a permit to Hampton Roads Connector Partners (HRCP), the design-build contractor for the expansion project, to perform borings in the waters between the Hampton and Norfolk shorelines.

Two lift boats, the RAM XV and RAM VII, with towering steel legs, called “spuds,” lower their spuds to the seafloor for support while soil tests, or borings, are performed. Lift boats, whose platforms rise out of the water, are used to provide a stable drilling platform and minimize the effects of waves on the drilling process.

The boats will carry a crew of eight, including an inspector, and will be operating around the clock through February 2020 to complete the more than 400 borings that are part of the early design work. Boring work began Wednesday, Oct. 2, 2019.

The public will also notice similar work in Willoughby Bay and smaller vessels performing borings near Oastes Creek and Mason Creek in Norfolk.

For more information about the project visit: www.hrbtexpansion.org