You are at:Home»News»International News»Milan Gets €400M for M4 Metro Line 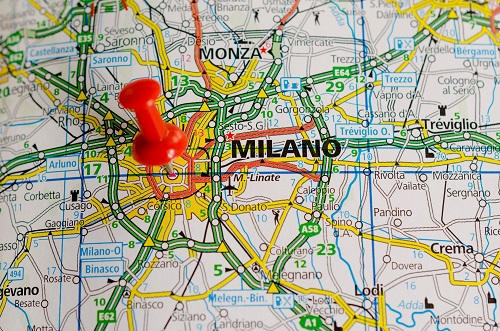 Milan’s latest metro line, the M4, will receive €400 million ($438 million USD) following the closing of the latest financing. Designed to connect Linate airport to the east of the city center with the San Cristoforo train station to the west, it is being built by a consortium led by Salini Impregilo that also includes Astaldi.

“I am very satisfied to have contributed to the relaunch of a strategic piece of infrastructure for Milan,” said Massimo Ferrari, General Manager Corporate and Finance of Salini Impregilo. “It is a model to be applied even to Progetto Italia, with the participation of public administration and entities, private companies, financial institutions and CDP. The metro line, among other things, will connect Linate with the center of Milan in only 12 minutes, thanks to the contribution of dozens of companies and thousands of technicians and labourers.”

The line is being built under a project financing scheme that involves, apart from the concession operator, Concessionaria M4, the City of Milan, a group of private partners led by Salini Impregilo, eight major entities and credit institutions including those at the European level.

The closing, done after having met all the conditions set by agreements signed on February 5, will ensure the financial and economic stability of the project, guaranteeing liquidity with the €400 million in credit and enabling the completion of the line.

The signing of the agreements comes as the consortium has completed the latest stage in the excavation work at one of the most delicate points in the city center: the passing of one of the TBMs under Ca’ Granda and the Annunciata Church. From Villa Necchi-Campiglio to the Evangelica Valdese Church at Via Francesco Sforza, to the Sant’Ambrogio Basilica in Piazza Sant’Ambrogio, from the Columns of San Lorenzo to the Merlata Tower at the corner of Via San Vittore and Via Carducci. The TBM excavated under the scrupulous care of engineers from the consortium in coordination with the city and concession operator, who analyzed and monitored its passage to safeguard landmark buildings.

The M4 will be a light automated rail line, a system with the characteristics of a regular metro but with more efficient features. The driverless system will have technology to allow for the smart management of traffic to guarantee passengers a higher standard of safety.

The construction of the M4, which will serve 86 million passengers a year, will lead to the reduction of traffic in favour of public transport, confirming Salini Impregilo’s commitment to sustainable development in every project it pursues in the world.