You are at:Home»News»Olympian Carl Lewis to Deliver Address at DFI Conference 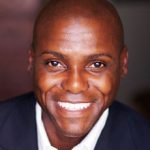 Carl Lewis, one of the greatest Olympians of all time, is presenting the 2018 Hal Hunt Lecture on Communications, during the DFI 43rd Annual Conference on Deep Foundations, being held in Anaheim, Calif., October 24-27, 2018. His presentation, “Taking Command: You Can Do That,” will focus on communications.

As a United Nations Goodwill Ambassador, Lewis devotes a great deal of his time and energy to charity. He founded “The Carl Lewis Foundation,” which serves as an umbrella for the many charities that Lewis supports including the College Fund (formerly known as the United Negro College Fund), The Wendy Marx Foundation (for organ donor awareness) and the UNCF Walkathon in Houston.

The annual Hal Hunt Lecture is a highlight of the DFI Annual Conference, and is named in honor of Hal Hunt, one of the initial organizers of DFI. The lecture was established in 1989 to recognize notable communicators.

More information on the DFI Annual Conference is available here.