You are at:Home»News»Ontario Moves Forward with Signature Subway Project 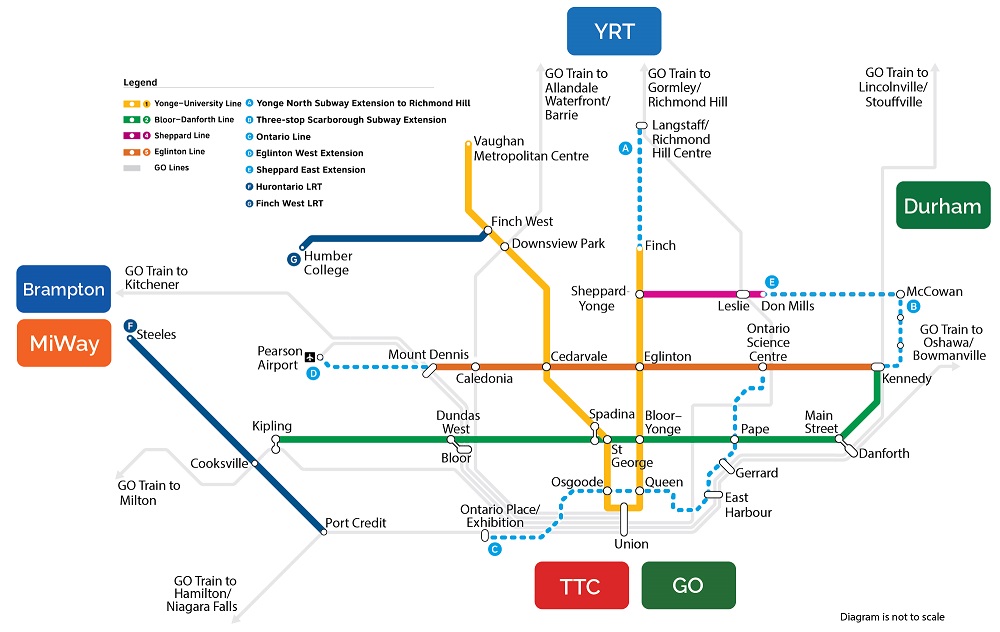 On June 2, Caroline Mulroney, Minister of Transportation, and Kinga Surma, Associate Minister of Transportation (GTA), announced the Ontario government is moving forward with the next step in building the Ontario Line, the signature project in the largest subway expansion in the province’s history. The government is issuing the first two public-private partnership (P3) Requests for Qualifications (RFQs) to identify and qualify those who will design, build and maintain the subway line. The Ontario Line is being built under three separate P3 contracts.

“Under the leadership of Premier Ford, our government is taking historic steps to expand subway service and reduce traffic congestion across the GTA,” said Minister Mulroney. “By issuing these first RFQs we are one step closer to realizing our transit vision and helping to generate economic activity and create tens of thousands of jobs as the province recovers from COVID-19.”

“Investments in infrastructure projects, like the Ontario Line, will be essential for getting people back to work and improving the quality of life for people throughout the GTA,” said Kinga Surma, Associate Minister of Transportation (GTA). “To build projects of this magnitude, however, we need everyone at the table. We are calling on the federal government to commit to paying their fair share, at least 40 per cent of the four nationally-significant subway projects.”

Companies interested in bidding on these contracts must register with www.merx.com to download the respective RFQs. Infrastructure Ontario and Metrolinx will evaluate RFQ submissions and shortlist teams to be invited to respond to a Request for Proposals in fall 2020.

“The Ontario Line is one of the most significant transit infrastructure projects for Ontario in a generation,” said Laurie Scott, Minister of Infrastructure. “Moving forward with these procurement contracts signals the government remains committed to building much needed transit infrastructure to reduce congestion and contribute to the economic recovery and renewal of our province.”

It was also recently reported that York Regional Council and the Province of Ontario reached an agreement to build the $5.6 billion (CAN) Yonge North Subway Extension, although financing has yet to be secured. The Yonge North project would extend the existing Yonge line 7.4 km from Finch Station to the Richmond Hill/Langstaff Gateway Urban Growth Center at Highway 7.