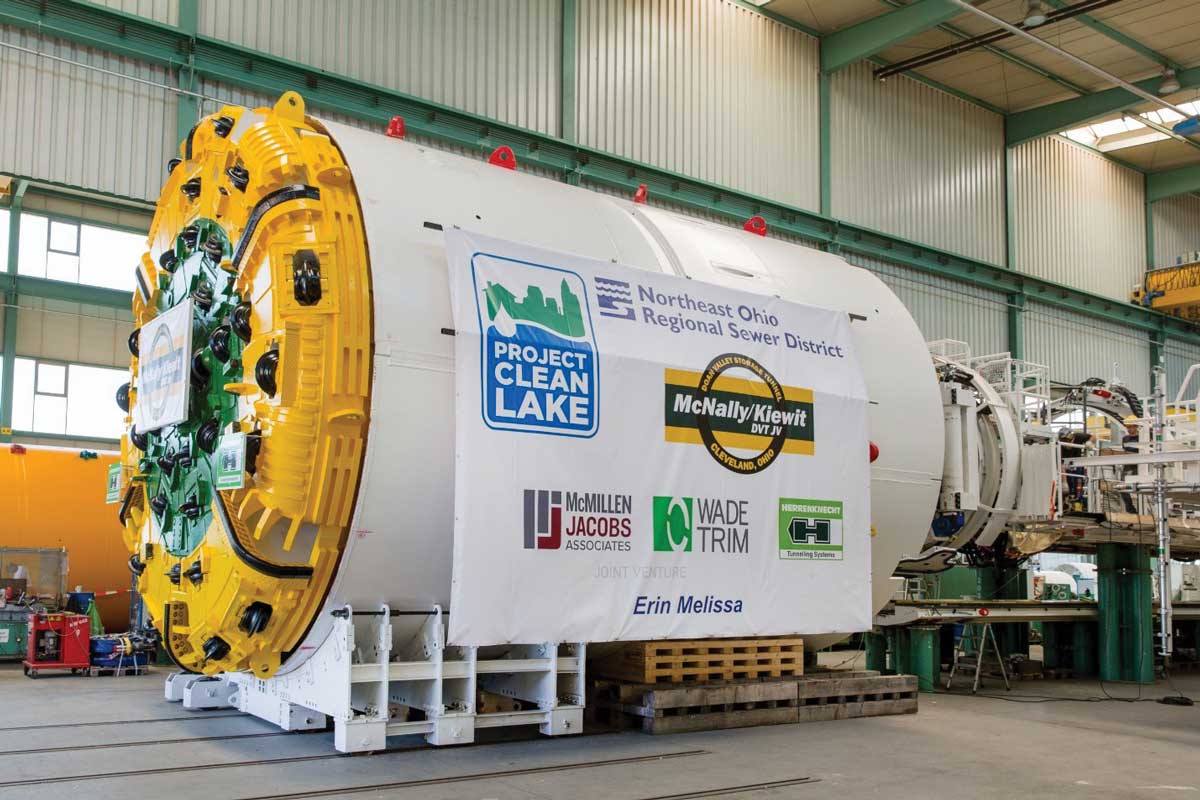 The Northeast Ohio Regional Sewer District (NEORSD) is in the midst of a massive 25-year program to improve water quality in Lake Erie and its tributaries. The program is a combination of large-scale storage and conveyance tunnels, wastewater treatment plant improvements, and green infrastructure that will reduce the volume of combined sewer overflows (CSOs) by 4 billion gallons per year when complete in 2036.

The Euclid Creek Tunnel was the first to break ground, followed by the Dugway Storage Tunnel, both of which are operational. Next to go into service was the Doan Valley Tunnel project, a 3.7-mile long system that includes an 18-ft diameter, 9,900-ft long CSO storage tunnel, and two 8.5-ft diameter conveyance tunnels, —6,400 ft and 3,050-ft long, respectively — all excavated through rock. The system also includes six shafts, several near-surface diversion and flow control structures, regulator modifications and various consolidation sewers.

The Sewer District has realized $505 million in savings since the inception of Project Clean Lake. This savings has come from value engineering, strong contract and project management and a highly competitive bidding environment.

The Doan Valley Tunnel project was designed by a joint venture of McMillen Jacobs Associates and Wade Trim and was awarded to the contracting team of McNally/Kiewit in 2017 for $142 million. One unique aspect of the project is that it lies in the heart of University Circle, the cultural heart of the city in the vicinity of major hospitals (the world-famous Cleveland Clinic and University Hospital), Case Western Reserve University, the Cleveland Museum of Art, the Cleveland Museum of Natural History, and Severance Hall, home of the Cleveland Orchestra.

“We were in a very high impact area, so coordination with all stakeholders was key to successfully completing this project,” said Bob Auber, Construction Manager for the district. “Keeping everybody informed, mitigating problems and minimizing community impacts were ongoing challenges on the project.” 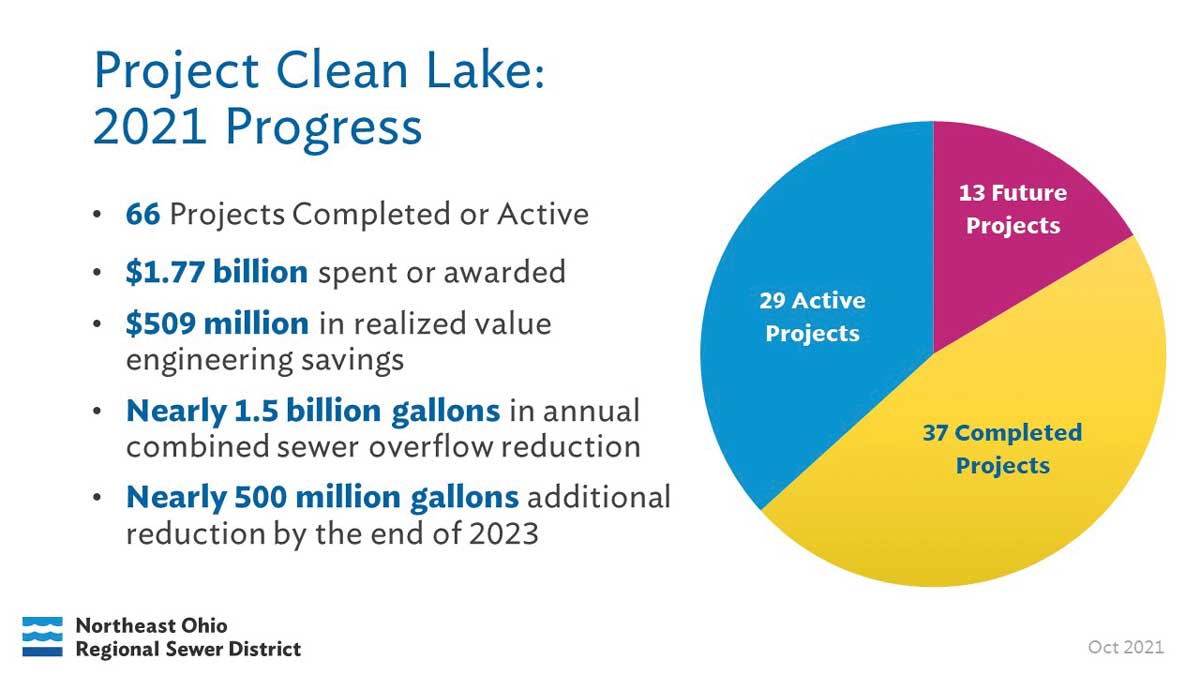 The Doan Valley project comprises three separate tunnels: the main Doan Valley Tunnel and two smaller conveyance tunnels, the Woodhill Conveyance Tunnel (WCT) and the MLK Conveyance Tunnel (MLKCT). The project also includes seven shafts between 23 and 55 ft diameter and 30 to 100 ft deep. The Doan Valley system is designed to function as both a deep interceptor conveyance sewer and a CSO storage facility.
The main tunnel is 18-ft finished diameter for 10,000 lf, mined with a 20.75-ft diameter Herrenknecht Single Shield Hard Rock TBM. It is a one pass with a universal ring (5+1 segments, fiber reinforced). Tunnel invert depth ranges from 50 to 100 ft below grade. The Doan Valley Tunnel intercepts pre-existing brick sewers up to 3 ft above the tunnel crown.

The geology consists primarily of Chagrin Shale bedrock for all three tunnels, except for a short reach at the very end of the WCT drive, in Cleveland Shale. Both Chagrin and Cleveland shales rock masses are characterized by low UCS (up to 2,800), clay-filled bedding joints, weathered interbeds and tendency for slaking.

The project was not without its challenges. In spring 2018, heavy rains flooded the area of the main working site in Ambler Park, submerging the Robbins TBM. “The flooding required a total revamp of the TBM,” said Karrie Buxton, Senior Construction Supervisor for the district. “All of the electronics were replaced and the machine was upgraded to variable frequency drives – it was a total rebuild. There was good collaboration between the district and the contractor to work through the problems and minimize impacts to the project.”

The fact that the Doan Valley Tunnel project was able to be successfully completed – and under budget – despite the challenges, is a testament to the district’s experience with tunneling. NEORSD’s experience building tunnels spans five decades.

“Whereas many owners use third parties to manage their projects, we manage our own projects,” said Doug Gabriel, Deputy Director of Engineering and Construction for the district. “We have been fortunate in being able to acquire really good management staff, many from private industry, from top to bottom.”

With the Doan Valley Tunnel project in the books, the district has two other major tunnel projects in construction – the Westerly Tunnel (scheduled to be operational in 2023) and the Shoreline Storage Tunnel (broke ground in 2021). Two more tunnels lie ahead – the Southerly Storage Tunnel (design began in 2021) and the Big Creek Tunnel, which will begin design in 2024/25.