You are at:Home»News»Puza Named Executive Director of The Moles 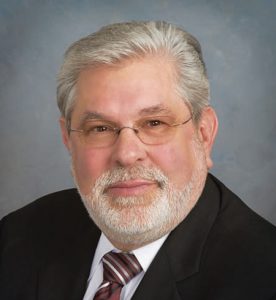 The Moles welcomes David E. Puza as its next Executive Director. No stranger to the industry or the organization, Dave brings over 50 years of heavy construction experience that began even before he received his BSCE from Southeastern Massachusetts University in 1975. Dave got his feet wet at Forish Construction Company, Inc. in Westfield, MA, starting out as a heavy equipment mechanic, and after graduating worked for Morrison Knudsen Company & Associates, moving up the ranks as he worked on the Washington, DC, A6A Rock Creek and WMATA A9A Wisconsin Ave. Tunnels.

In 1981, Dave went to work for Perini Corporation and over the course of the next several years worked as Area Manager on several NYCTA subway system projects totaling $500 million in contracts. By 1992, Dave became a Mole and spent the next 15 years building a successful career at NAB Construction Corporation, Modern Continental, Judlau Contracting and Railroad Construction.

David held several significant roles in the reconstruction of the World Trade Center site and was directly involved in the logistical and constructability reviews of all Santiago Calatrava designs for the Hub and Transportation Center. He developed the “top down” construction concept and methodology, which saved over $175 million in construction costs and made it possible for the Port Authority to open the 9/11 Memorial as scheduled. David also led the WTC cost estimating team and was an active participant in the claims resolution process for the WTC and other PA projects.

In 2017, New York’s MTA Cortlandt Station reconstruction project was projecting a 19-month late completion date. MTACC upper management sought David’s assistance. Working closely with the project’s management team the project recovered 15 months and substantial completion was declared within 3 days of the team’s initial projection. The MTACC then moved David and the Merritt team to their East Side Access, CM014B project. David was appointed as the MTACC’s Project Executive, to support the AECOM construction management team. Together AECOM and Merritt have managed the ESA program as well as supported the MTACD as owner representatives for the J.P. Morgan Chase reconstruction of their world headquarters at 270 Park Avenue and coordinating construction operations within the ESA station.

Dave enjoys woodworking, kayaking and spending time with wife Rose, their children and six grandchildren. A big proponent of giving back to his community, Dave has actively volunteered and served on the Boards of Teen Life Center, Stamford, CT and the Boys Scouts of America Fairfield County Council, Norwalk, CT, and participated in the PANYNJ Mentor/Protégé Program, where he advised women- and minority-owned constructions firms on how to better manage their companies.

Looking to ease his work pace, Dave recently closed Merritt Construction only to have the role of Executive Director of The Moles divert his path from retirement.