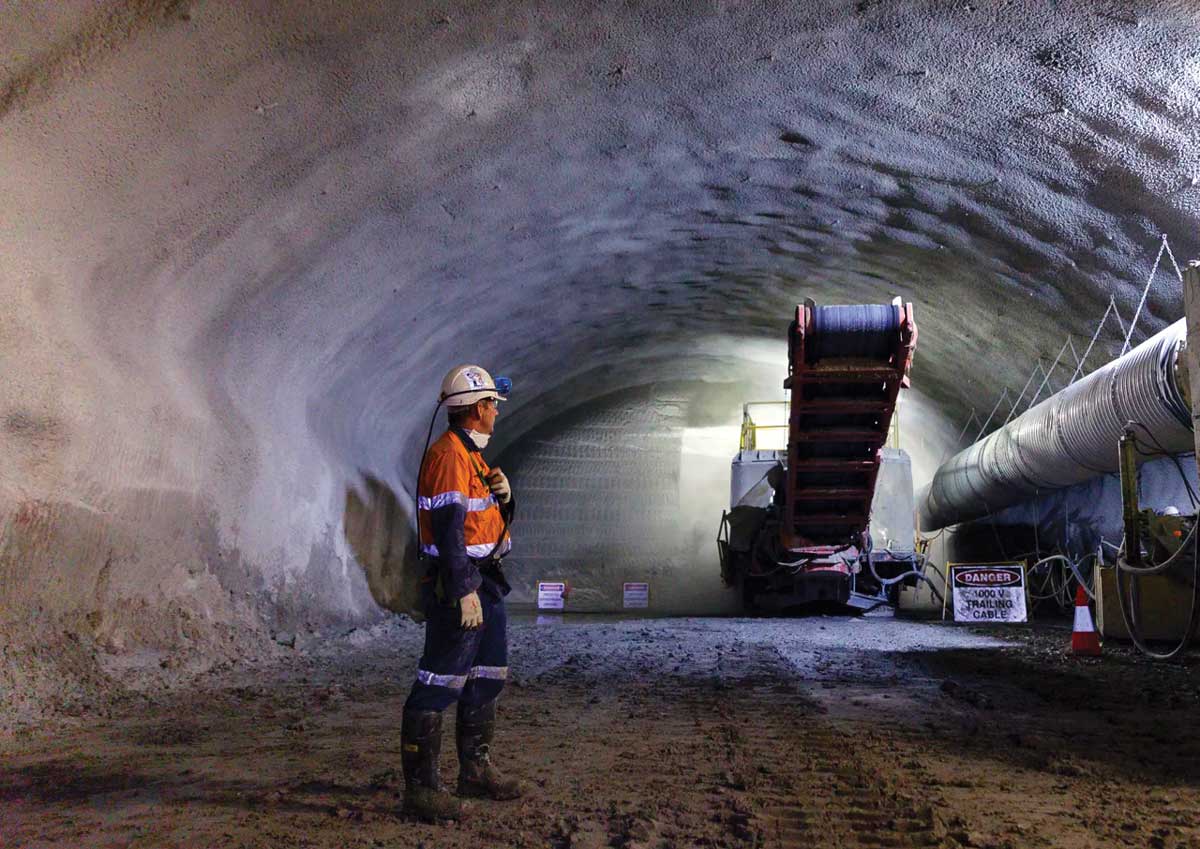 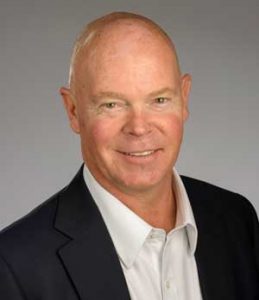 TBM recently had the opportunity to talk with Mike Rispin, who was brought on to lead Strata Worldwide’s new global division, Strata Tunneling. Rispin brings over 36 years of international tunneling and mining expertise to the position, having spent decades working in upper management for companies such as BASF, Normet and Dyno Nobel. He shares his thoughts on the tunneling market, his new company, and tunneling’s role in our future.

Tell us a little about your background and how you got involved with the tunneling market?

I studied Mining Engineering back in the early 1980s and complemented it with a minor in Management. As I neared the end of my studies, I determined that I was interested in pursuing a career in underground technologies, and this led me to joining the explosives industry upon graduation. I began work for the DuPont Company which became ETI Explosives, which is now part of Dyno Nobel. In addition to work with the mining industry, I was exposed early in my career to hydroelectric tunnels and civil underground excavations, and the dynamic project-driven nature of the work was an instant attraction.

When I joined Master Builders (which became BASF and now MBCC) in the mid-1990s, I was originally hired to work on the mining side of things. Serendipitously, opportunities presented themselves, and by the very early 2000s I was once again involved with tunneling but more intensively so. Thus began the close relationship with the North American industry that I have enjoyed since then.

After joining Normet in 2009, while continuing with the tunneling industry domestically, I moved overseas and broadened my exposure to tunneling all over the world. It’s a fascinating and beneficial industry, in its many shapes and forms, and engenders lifetime engagement in so many of us.

Now, with Strata Worldwide, I am 100% focused on tunneling.

What is it about the tunneling/underground market that has kept you involved all these years?
I mentioned lifetime engagement above … There have been so many things that have attracted me and kept me enthusiastically involved. If I had to discretely list them, they would be:

We have so many great people in the industry. To spend time with them, get to know them, tackle challenges and risk together, enjoy those challenges and the resultant successes: these are the aspects of our work from which I draw great personal satisfaction. We also have fun doing it.

I’ve always liked travel and challenge and have shied away from routine. This aligns my profile well to the demands of the industry. We need to be where the action is. This means also that every day is different and energizing.

We build great things for society and do it in varieties of ways, employing diverse approaches and technologies, and we overcome adversity together. It’s very rewarding.

So now you’ve joined Strata as Vice President of Tunneling. Tell us a little about your role there, as well as the company’s niche in the marketplace?

Strata – Tunnelling’s mission is to provide advanced products and technologies that are designed to keep working environments in tunneling and underground construction safe and productive. This is underpinned by committed service on the job; Strata’s evolutionary legacy means that the company maintains among its workforce a significant number of hands-on, underground experienced people, armed with knowledge and expertise to apply its technologies safely and efficiently at the job site. No project site is too challenging for Strata’s resources, and the company thrives on working where the action is: in the tunnel and at the face.

In this way, Strata Worldwide occupies a “sweet spot” in the industry: a purveyor of advanced technologies, both internally manufactured and third-party sourced, with the ingrained ability to train, support and sustain the contractors who bid and build the tunnel work. Strata lives its vision of a highly valued technology and service partner for global tunnel and underground space construction, operation, maintenance and rehabilitation. Strata has had initial successes in the tunneling industry and this has given the company the confidence to fully enter the market.

My role is to lead Strata in the global tunneling space, bringing Strata’s numerous subject matter experts and their technologies to tunneling’s contractors, engineering companies and owners in an orchestrated manner, for the benefit of our customers (and their customers).

As a relatively new player in the “tunneling” market, what are the challenges and opportunities for you and Strata going forward?

Strata Worldwide is not yet a household name in tunneling. As a result, we have the challenge of getting brand awareness and our value propositions to the attention of those who can benefit from our array of advanced technologies: designers, estimators, project sponsors, project managers and engineers, etc. The climb is magnified in the time of a pandemic because the face-to-face element is so curtailed. Nonetheless, the opportunity to tell our story is being embraced by the community. We also have case study success stories to share.

Our value proposition is of significant benefit to underground infrastructure owners, engineers and contractors. The offering, while dynamic, is currently built around three pillars:

On the international front, we need to build a distribution network. The organization is committed to expanding its presence into all countries undertaking tunneling projects and is actively seeking interested parties who have the vision and credentials to travel this journey alongside it.

Strata is focused on bringing cutting-edge advancements to the community and, as such, is interested in strategically expanding its portfolio of offerings through the strength and values of the Strata platform and family of associated organizations.

Outside of your work for Strata, how else do you stay engaged with the tunneling market?

I’ve been closely involved over the years with the International Tunnelling Association and the Underground Construction Association in the United States. It was my honor and pleasure to serve two four-year terms on the UCA Executive Committee. This was followed up with some project work and I’m currently the UCA Vice Chairman and will transition to the Chairman position for a two-year term beginning in July 2021.

It’s a wonderful connection to the industry and I’m proud of how the UCA has developed to where it is now, as well as the strategic plans to continually improve its service to the industry and the broader society beyond. Among many initiatives, it is gratifying to see groups like the Young Tunnelers and Women in Tunneling thrive, and I’m particularly excited about the part we play in Down for That, a program designed to inform and attract prospective newcomers to the industry. As a side comment, I wish that I were able to bottle and share the great satisfaction that the industry has given me, so that students in the sciences could get a feel for what a fulfilling career could be ahead of them.

I’m thrilled to be a member of The Moles, and part of the great things that organization does to support our industry. I can also say that, as part of Strata, I am once again a Beaver and look forward to doing my part to support that esteemed institution, also.

With an uncertain political and economic future, as well as the ongoing pandemic, how do you feel about the future of the tunneling market? Is there more opportunity? Less? Why?

No question in my mind: there is more opportunity. I am very bullish. It does not mean that there won’t be challenges but the overall benefits the industry provides are greatly needed societally, in this day and age.

Internationally, a number of macro-economic indicators favor the use of underground space, most importantly the population growth and migration to urban environments. Infrastructure must keep pace: water and wastewater systems, mass transit, road capacity, energy; underground makes the most sense in all these areas. Going underground is also typically the solution with the most positive environmental impact.

We also need to replace aging infrastructure, both underground and surface. As your TBM Industry Outlook recently underlined, this is a huge challenge here and now in the United States. Replacing surface infrastructure with underground, as was recently so evidently successful in Seattle, needs to be looked at more and more.

Politics will always be politics. The smart jurisdictions will establish strategies which transcend transient administrations and provide roadmaps to take advantage of what underground has to offer.

The pandemic is an obstacle, and there will be inertia to overcome, but we largely continue as an essential industry and I see the hangover being temporary in the big scheme of things. Going forward, the most recent ITA projections show a CAGR in the area of 8-10% globally and I feel that this is sustainable and will continue well into the next two decades.

Finally, what do you see as the biggest needs of the market? What can individuals do to help create a brighter future?

Again, referencing your recent Industry Outlook, I am in agreement with most if not all of the points that the industry peers brought forward.

Most importantly, we need projects. These need sponsors who identify that underground is the right solution for them and then have the wherewithal to secure the funding. Domestically, we need massive infrastructure investment to remain competitive, both at home and on the world stage.

We need to continue and step up our collective efforts to promote the industry, its achievements, the historical contributions that it has made, and the increasing benefits in using underground space.

We must be open to changing industry paradigms and continuously look to improve. Alternate delivery methods are a hot industry topic, justifiably so, and we need to continue to test how we get things built so that improvements can be brought forward for owners, engineers, contractors and suppliers collectively.

We need to attract new talent to the industry. CAGRs of 8-10% aren’t sustainable without strategically and systematically accomplishing this. And what a great opportunity for young people the industry represents!
What can we do as individuals? A lot! Always be vocal advocates for our industry. Influence politically at the local, state and federal levels when the opportunities present themselves, and do so proactively if possible. Support the UCA; get involved. Engage with our industry peers in discussions and publications that move the industry forward. Get on a USA Working Group which then feeds into the ITA Working Groups. Give talks at our alma maters. Connect with the students. Put on tunnel tours. These are all ways which give back to the industry which gives us so much, yet also progress the industry for the future.