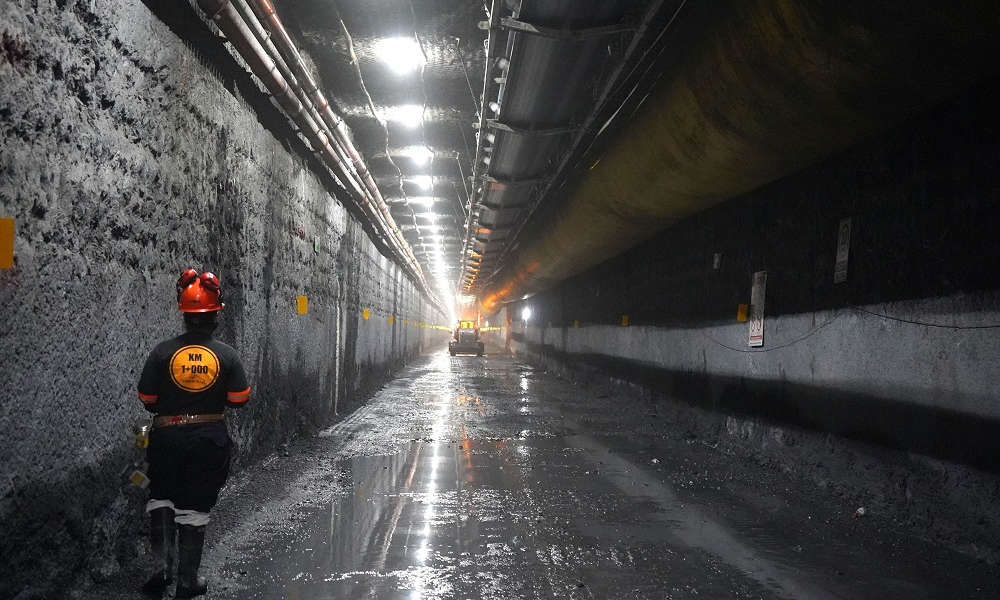 The MDM5000 is particularly useful wherever a rectangular profile is needed, such as train tunnels requiring a flat invert. The rectangular profile requires 30% less rock to be removed as compared with a circular cross section. Photo credit: Fresnillo Plc.

Successful Employment of Mine Development Machine in Fresnillo, Mexico

Robbins’ latest innovation is making good headway on a non-circular tunnel excavation in hard rock. The rectangular TBM, known as the MDM5000 (standing for Mine Development Machine with dimensions of 5.0 m x 4.5 m) is capable of excavating a flat tunnel invert for immediate use by rubber-tired vehicles. Employed by Mexico’s oldest silver mine, Fresnillo Plc, the MDM5000 is boring a mine access tunnel in andesite and shale with quartz intrusions that has defied earlier attempts using roadheaders. The successful operation is the result of extensive discussions between Robbins, who designed and supplied the machine, with TOPO machinery and Fresnillo Plc. View the video of the machine in action here. 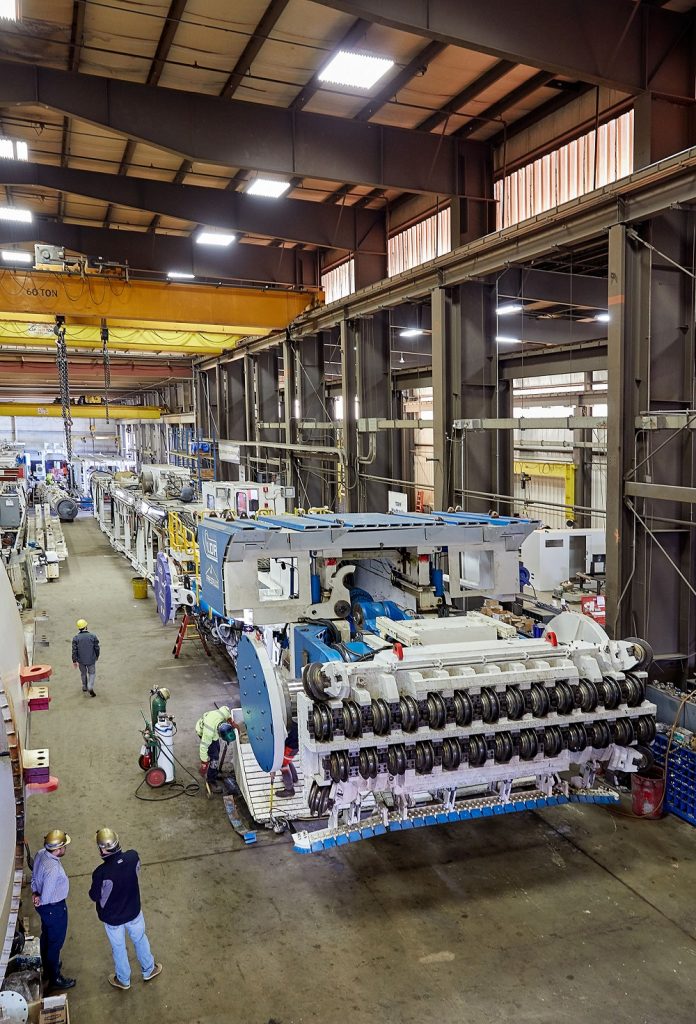 The MDM5000 (standing for Mine Development Machine with dimensions of 5.0 m x 4.5 m) is capable of excavating a flat tunnel invert in hard rock.

“We decided to work with Robbins for their experience. A lot of people have tried to provide these kinds of machines but nobody has done it. Robbins used their experience and their skills to provide us with a rectangular profile machine,” said Fidel Morin, Projects Superintendent for Fresnillo Mine.

The technology is not only useful for the mining industry, but also for many applications in civil tunneling. While other machines have been developed for soft ground, the MDM5000 represents the first successful foray into rectangular hard rock tunneling. “We’re very pleased to add non-circular tunneling to our wheelhouse of solutions that continues to include TBMs, conveyors, cutters, and more. We see applications for the MDM wherever a rectangular profile is needed, such as train tunnels requiring a flat invert. In a traditional circular tunnel, the invert is filled or an invert segment is needed, but with the MDM 30% less rock is required to be removed from the profile,” said Robbins President Lok Home.

With more than 1,700 m of advance thus far at rates up to 52 m in one week and 191 m in one month, the MDM is significantly faster than drill and blast excavation. “We’re making history. Fresnillo is always looking for new technology, and we believe that the usage of the MDM5000 is going to be something extremely successful, not only for our company but also for the industry,” said Morin.

The MDM5000 has undergone major component enhancements during the course of its successful bore at Fresnillo mine. It was first transported to the -695 m level of the mine and underwent final assembly and launch in a cavern, where sections of the MDM were moved by crawlers and pieces were lifted by hoist. The machine is now boring a 270-degree spiral to end above the original tunnel.  It will then be backed up to the original tunnel and continue driving straight ahead. 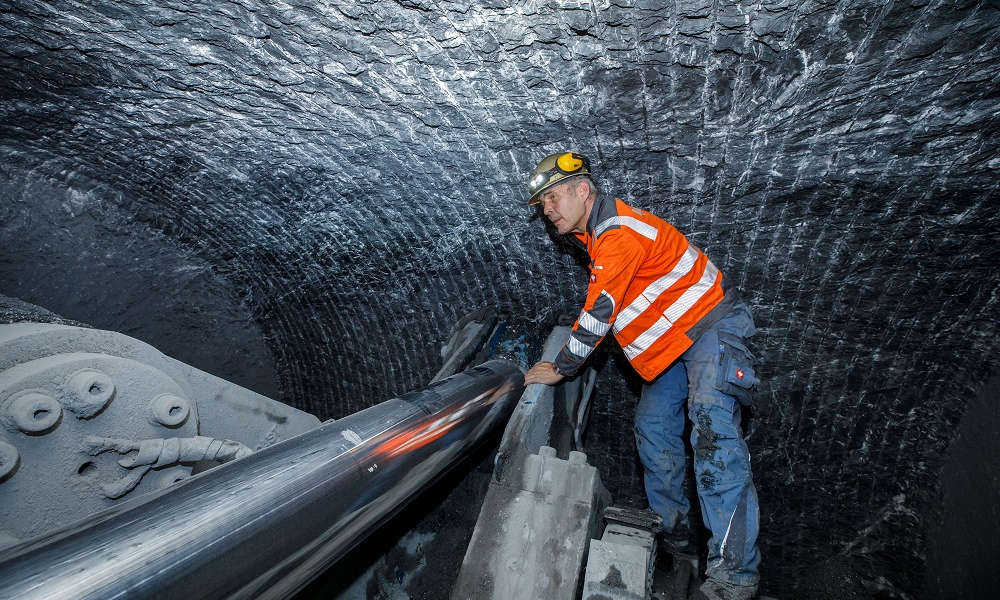 Robbins Field Service personnel inspect the cutting face of the MDM5000 tunnel operation. To date, the machine has bored more than 1,700 m at rates up to 52 m in one week and 191 m in one month.

Developed for use in rock up to 200 MPa UCS, the MDM5000 utilizes disc cutter technology proven on traditional, circular TBMs. During excavation a reciprocating cutterhead and swinging cutterhead motion create a rectangular cross section tunnel.