You are at:Home»News»Robbins TBM Breaks Through on Atlanta Water Tunnel Project 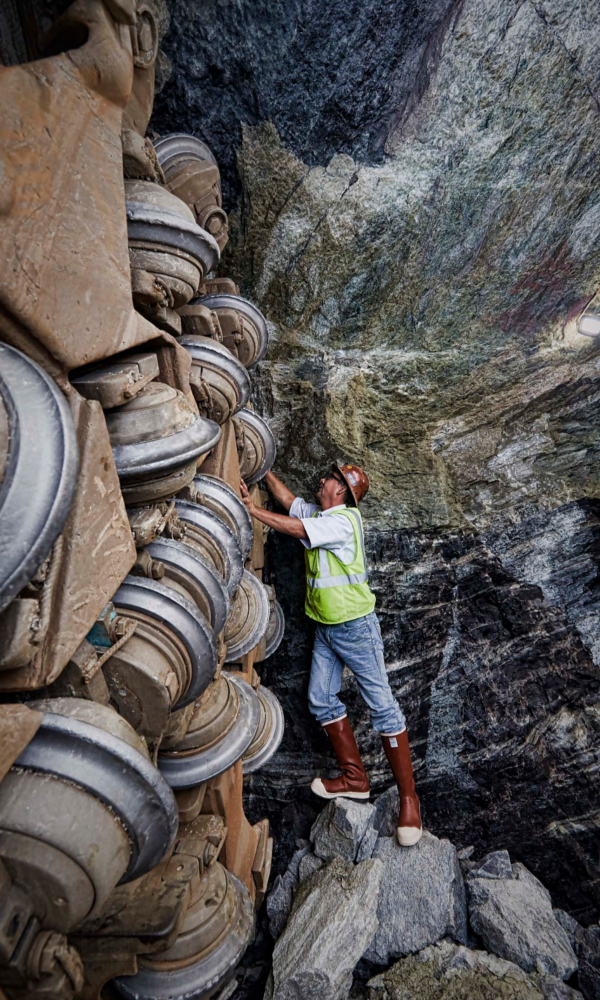 The new tunnel brings the Atlanta Water Supply Program one step closer to increasing the city’s water capacity to between 30 and 90 days depending on daily usage. “Our schedule for the project was very aggressive but the project team stayed together to overcome issues related to the mining of the tunnel,” said Bob Huie, Project Director for the PC Russell JV, the Construction Manager at Risk (CMAR) for the project.

The unique structure of the project team is credited with the overall project success despite challenges. “I’m proud of our team. They had obstacles and challenges and challenging ground, but they stuck together and didn’t give up, and they were successful. There was great leadership and supervision all around,” said Larry Weslowski, Tunnel Superintendent for the PC Russell JV.

The project is only the third such large construction project in the U.S. to use the CMAR structure. The PC Construction/HJ Russell JV was selected as the CMAR for the project, who then purchased the Robbins Main Beam TBM for the tunnel. The designer for the construction works including tunnel and shafts, JP2—consisting of Stantec, PRAD Group, Inc., and River 2 Tap—specified the hard rock TBM. Operation and assembly of the TBM was then sub-contracted to the Atkinson/Technique JV.

The robust TBM was assembled using Onsite First Time Assembly (OFTA) at the massive Bellwood Quarry site with help from Robbins personnel. “The guys built everything per the specs to help with scheduling. It was a challenge but there was no negativity during the process,” said Weslowski. Despite summer temperatures hitting 43 degrees Celsius (110 degrees Fahrenheit) and 100 percent humidity, the TBM was ready to launch by October 2016.

Hard granitic rock challenged the 19-in. disc cutters from the outset. “There was ground so hard that it would take eight hours to go 1.5 m (5 ft). It was between 117 and 310 MPa (17,000 and 45,000 psi) UCS. The beginning of the job was tough,” said Weslowski, but he added that once the learning curve had been overcome “they started breaking project records left and right towards the end. We got a best day of 38.4 m (126 ft). Rates just kept increasing.”

Other challenges included groundwater encountered during tunneling. “We did encounter groundwater contamination that required remediation. This remediation work was completed successfully,” said Huie.

With tunneling complete, the $300 million project for the City of Atlanta’s Department of Watershed Management is on track to meet its scheduled overall completion date of September 2019. The project will turn the inactive Bellwood quarry into a 9.1 billion liter (2.4 billion gallon) raw water storage facility connecting with the Chattahoochee River and various water treatment facilities.