You are at:Home»News»Schmall Becomes President of The Moles 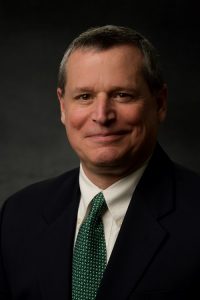 Keller announces Paul Schmall, Ph.D., P.E., has been named President of The Moles for the 2022 to 2023 term. Schmall is Vice President in Keller’s Specialty Services business unit, which focuses largely on tunneling and dam work.

With 35 years in the geotechnical industry, Schmall has extensive experience with complex groundwater control, grouting, and ground freezing solutions for underground construction and forensic investigation and remediation of geotechnical “failures” related to groundwater. He is very active within the tunneling community.

Schmall has been a member of The Moles since 2002, serving as a member and chair of the Education Committee from 2009 to 2015. Recently, he served as the first Chairman of the Moles Charitable Fund, that part of the Moles which oversees awarding scholarships to engineering students. This summer, Paul accepted the Moles Presidency at the spring Members Dinner.

Fellow Moles Member and President of Keller North America Eric Drooff states, “Congratulations to Paul on his Presidency. It is fantastic to have Keller represented within the leadership of The Moles and for the acknowledgment of Paul’s outstanding efforts.”

The Moles also welcomed its newest members at the June 15 Members Dinner and Annual Meeting. They are: