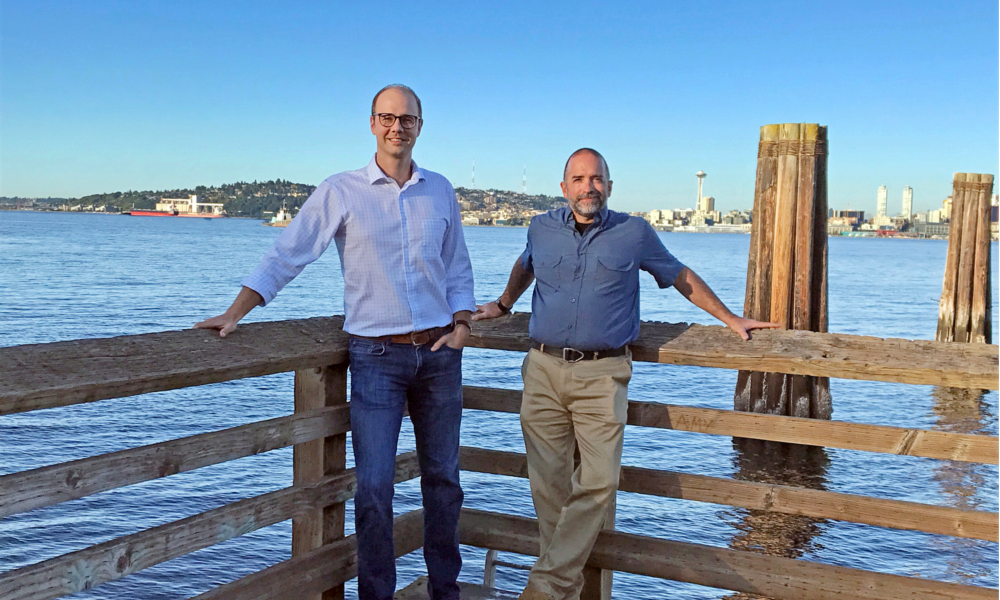 Schnabel Engineering has opened its first office on the West Coast in Seattle. A combination of active projects in the vicinity and two talented engineers willing to relocate and make it happen clinched the deal.

When given the opportunity to open the company’s 20th location, Alex Rutledge, PE, PG, and Robert Indri, PE, embraced the challenge despite daunting logistics. The engineers, who have each been with Schnabel’s Greensboro, N.C., office for more than 10 years, were already used to long-distance travel to job sites. Thanks to ongoing projects with clients in the Pacific Northwest and Alaska, establishing a physical presence was inevitable.

Rutledge and Indri will be supported by a national team of skilled technical professionals as they provide dam and levee, geotechnical, and geostructural engineering design services in the region. Both are quick to credit Greensboro-based Robert Cannon, PG, and Tom Fitzgerald, PE, with “laying the groundwork that created not only a realistic proposition for Schnabel’s expansion, but also for the two of us to be catalysts for success in this new and exciting venture.”

Their enthusiasm was shared by CEO Walt Rabe, PE, who added, “This is the second new office we’ve opened recently in a major market. These endeavors underscore our strategic plan, which places emphasis on ‘being there’ for our clients. We selected Alex and Rob because such a venture was a tall order for just one person, and their skillsets are very complementary.”

Rutledge, a West Virginia native, holds dual master’s degrees in civil engineering and geology. He made Greensboro his home after joining Schnabel in 2006. He and his wife, Amanda, who have a daughter in college, were keen on the Seattle move. Said Rutledge, “This is the best of both worlds. Rob and I have the support and security of being with Schnabel and capitalizing on the strong foundation laid by Tom and Robert, while being the boots on the ground to move this business venture forward.”

Indri hails from New Jersey. Prior to joining Schnabel in 2005, he was in the heavy construction industry for 10 years and is an Army veteran. Rob, his wife, Jody, and two sons, aged 11 and 13, are outdoorsy types who plan to take advantage of the region’s many recreational options. Indri appreciates the pairing with Rutledge. “He and I have worked together on projects almost since the beginning, and we each have something a little different to offer. I’m more on the structural and general civil side, whereas Alex is more geotechnical and geology. We also share a similar, ‘get it done’ work ethic and place a high value on teamwork.”