You are at:Home»News»Second Tunnel Breaks Through for Las Vegas Convention Center People Mover 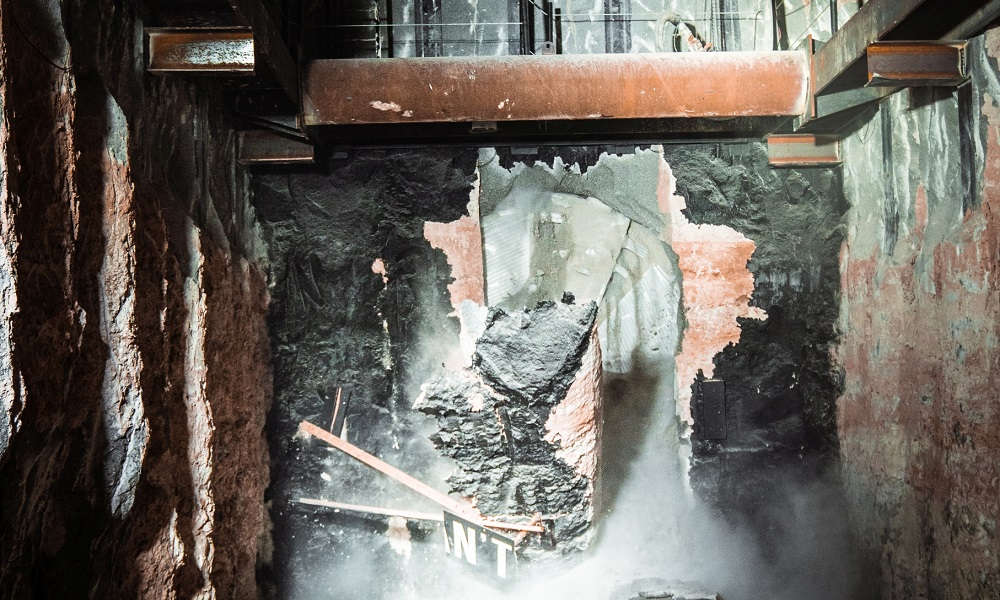 The boring machine on May 14 broke through the concrete wall near the 1.4 million square foot West Hall convention center expansion, which is currently more than 80 percent complete, signaling the completion of excavation for the two one-way tunnels known as the Convention Center Loop. The West Hall expansion and Convention Center Loop are scheduled to debut to the public in January 2021 and are part of the destination’s investment in bringing fun and groundbreaking transportation solutions to the meetings and conventions industry.

“This milestone not only helps usher in the future of transportation in Las Vegas, but it signals the destination’s ability to push through during trying times and continue to meet the evolving needs of our visitors,” said Steve Hill, LVCVA CEO and president. “Las Vegas continues to break through boundaries, and we look forward to offering this first-of-its-kind transportation solution to our convention attendees.”

The first commercial endeavor for Musk’s Boring Company, the $52.5 million project will allow convention attendees to be whisked across the 200-acre campus in under two minutes, free of charge, in all-electric Tesla vehicles. Construction is already underway on all three passenger stations in the system.

Construction on the project has moved swiftly. The Las Vegas Convention and Visitors Authority (LVCVA) moved from board approval to completing the excavation of both tunnels (two 4,500 ft. journeys) in less than one year, proving that Las Vegas embraces new ideas and quickly executes them to meet the evolving needs of visitors.