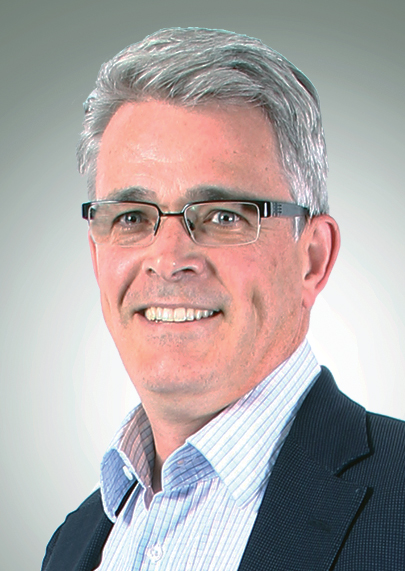 On March 29, 2016, Stantec Inc. announced that it had reached an agreement to acquire MWH Global Inc., bringing the combined firm’s number of employees to 22,000 throughout 400 offices worldwide. It is another big move by consulting firms as they combine forces to expand service capabilities and geographic footprint. To learn more, TBM asked Gord Johnston, Executive Vice President and Infrastructure & Business Leader for Water, about the deal and how it positions Stantec for the future.

Why merge? Please describe the goals of the acquisition and a summary of how the deal came about.
Given the similar cultures, brand and reputation of both companies this acquisition is an ideal opportunity to connect both organizations to provide new services to our current clients, grow into new markets and geographies and to continue to provide our employees strong career opportunities. All of these factors together benefit our collective shareholders.

How were Stantec and MWH similar? How were they different?

We have some very similar shared values. Stantec’s purpose is “Creating Communities” and the MWH purpose is “Building a Better World.” We clearly share a commitment to improving infrastructure and the quality of life in communities around the world. MWH also brings capabilities that are new to Stantec, including its Engineering and Technical Services group, which provide water-related design services to key hydro-power, oil and gas, mining, and industrial clients. MWH further contributes construction management, program management, and management consulting business services related to water infrastructure. Within the construction field, MWH also has a significant range of capabilities, with the majority being construction management at-risk performed on water-related projects in the United States and the United Kingdom.

How does the addition of MWH give Stantec a competitive advantage?

Water touches every part of life in a community. As the world population continues to grow, increased pressure is being placed on already stressed water supply sources. The need to become increasingly efficient in our water use is more important now than ever. Both MWH and Stantec are leaders in providing the full range of services to meet the challenges of our diverse client base, and we’ll be even better together. Additionally, Stantec gains position as a global leader in water resources infrastructure while earning greater presence in key targeted geographies, including the U.K., Australia,  New Zealand, South and Central America, Europe, and the Middle East.

How do you view the landscape of consulting engineering market going forward? Is the trend toward mergers and acquisitions likely to continue?

It is likely that the trend of mergers in the last 20 years will continue. The largest driver for mergers is for firms to diversify to provide a growing complement of services for clients. Project funding and schedules have become so constrained, more clients than ever are looking to a single firm to provide all the services needed on an individual project to promote single-point responsibility.

What is your outlook on the tunneling market in North America?

The three largest drivers for the tunnel marketplace are population sprawl and the resulting growth in commuter rail (subways), regulatory mandates for reducing combined sewer overflows, and aging highway tunnels. These will all support continued growth in the tunneling market. The most recent driver in the tunneling marketplace was the issuance of the National (highway) Tunnel Inspection Standards by the U.S. Federal Highway Administration in 2015. That standard will promote the inventory and inspection of highway tunnels all over the United States along with a prioritization for refurbishment of highway tunnels in critical condition. For example, the State of Colorado Department of Transportation awarded Stantec, along with key subconsultants, the inspection and inventory of all state highway tunnels in 2015. Another area of potentially significant growth is the need to evaluate tunnels to assess vulnerabilities to acts of terrorism. Over the next 10 years, tunnel vulnerability assessments will become more prominent if acts of terrorism continue to increase.

What is your outlook on the international tunneling market?

The international marketplace for tunneling is difficult to handicap as there are numerous global variables that cause significant fluctuation in the number of active projects. Economic instability or uncertainty is likely the largest variable in accurately predicting tunneling globally. The three largest drivers for international tunneling projects are combined sewers/sewers, highways, and transit. Tunnel vulnerability assessments to evaluate the risks associated with acts of terrorism will definitely also be a driver as noted earlier for North America. Population growth will undergird the growth in tunneling opportunities. Geographically, tunneling projects in places such as Abu Dhabi, Australia, Austria, England, Italy, Kuwait, Mexico, Norway, Pakistan, Singapore and Switzerland will continue to keep tunneling in a high-profile on the world scene.

How is the tunneling/heavy construction market changing? How is Stantec positioned to compete?

The three most significant trends in the tunneling marketplace are alternative project delivery, greater contractor geographic footprints, and large contractors forming joint ventures to pursue work. Alternative project delivery(APD) methods that are becoming more common in the tunnel marketplace include design-build, public-private partnerships, and construction management@risk. The four primary reasons for the implementation of these APD options are cost certainty, schedule certainty, single-point responsibly, and funding constraints. The greater reach of tunnel contractors is also a significant trend. This is prevalent in North America over the last 10 years as evidenced by Bessac, Strabag, Dragados and Obayashi, just to name a few international contractors, mobilizing in North America and winning major projects. The last significant trend mentioned is joining of large tunnel contractors into joint ventures to pursue major projects. The likely reasons for this trend are resource leveling, the spreading of risk over a larger entity, and taking advantage of unique experience each contractor brings to the table.