You are at:Home»News»Strata Tunneling’s Rispin Becomes Chair of UCA of SME 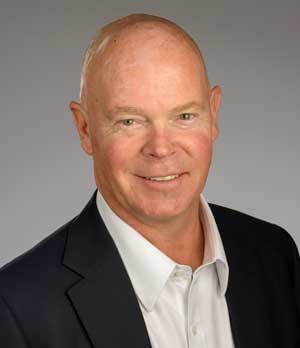 Mike Rispin, who joined Strata Worldwide as Vice President of Tunneling in December 2020, becomes chairman of the Underground Construction Association of The Society for Mining, Metallurgy & Exploration (SME) on July 1, 2021. He served as vice-chair of the organization from 2019–2021 and will succeed Robert Goodfellow, President of Aldea Services Inc., who completes his 2-year term in June.

The Underground Construction Association of SME promotes the wise and effective development and use of underground space, including the development of general public awareness of the potential of this important resource.

Rispin has over 38 years of international tunneling and mining expertise, having spent decades working in upper management for companies such as BASF, Normet, and Dyno Nobel.  He is a professional engineer with memberships in both the American Society of Civil Engineers (ASCE) and The Moles organization.

“We want to congratulate Mike on this successful achievement,” states Mike Berube, CEO of Strata Worldwide. “He has been an invaluable asset to Strata Tunneling and is not only one of the most experienced engineers in the industry but is also a driving force in thought leadership for underground construction professionals.”

Rispin says, “I’m proud of how the Underground Construction Association has continually improved its service to the industry and the broader society beyond.  Among many initiatives, it is gratifying to see groups like the Young Tunnelers and Women in Tunneling thrive, and I’m particularly excited about the part we play in Down for That, a program designed to inform and attract prospective newcomers to the industry.”

Strata Tunneling is a division of Strata Worldwide. It is wholly focused on bringing the company’s well-established, leading-edge technologies to the global industries of tunneling and underground construction.

Strata Worldwide was originally established in 1992, and from its global headquarters in Atlanta, Georgia, USA, it has built upon a product portfolio that includes the best in proximity detection and collision avoidance technology, an elite selection of underground communication and monitoring networks, emergency refuge shelters and a suite of specialty chemicals, liners and shotcretes for construction and problem solving.

Strata has global offices and manufacturing facilities in the United States, South Africa and Australia, and the company has built a strong network of qualified distributors and partner companies that share its commitment and can offer global expertise at the local level.