You are at:Home»Featured Stories»TBM Provides Versatility in Difficult Ground for Water Conveyance Tunnel In El Paso 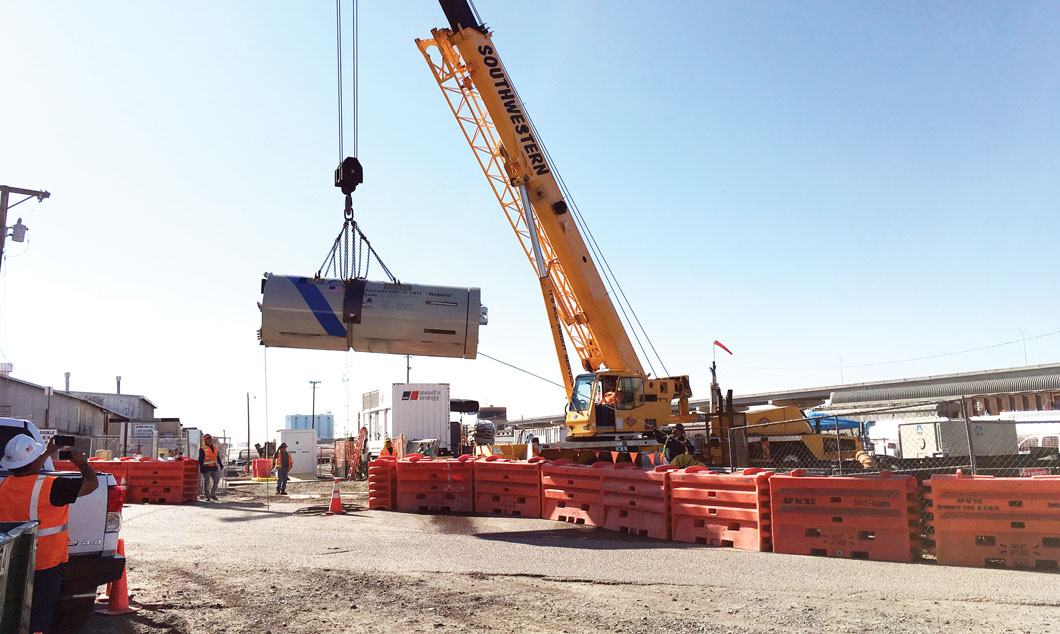 BRH-Garver Construction LP, a Houston based civil construction contractor, pipe jacked 885 lf of 66-in. ID Permalok casing filled with 48-in. carrier lines to convey treated water from the Canal Water Treatment Plant (WTP) for El Paso Water in El Paso, Texas. The project risks and rewards existed in equal measure for all stakeholders on this design-build project.

The Canal WTP, also known as the Robertson Umbenhauer, was constructed 75 years ago and is situated between the Rio Grande River and a 100-year old BNSF rail yard. The new transmission lines culminate to tie in at San Antonio Avenue in downtown El Paso.

The water lines on the Canal Water Treatment Plant Discharge Main Tunnel project traveled under Highway 1-85, and 18 BNSF rail yard tracks in soft ground conditions presenting many opportunities for settlement. El Paso’s water table is prone to seasonal variability due to its proximity to the river, and the likelihood of contaminated ground, existing utilities and obstructions in the 100-year old rail yard posed a potential threat to tunneling personnel and loss of production. Since the launch shaft was in an active BNSF rail yard, frequent and diligent communication and coordination with the railroad personnel transpired for safety, and equipment and material staging.

Several factors contributed to project cost savings including the use of a more cost-effective tunnel boring machine (TBM) system over a microtunneling system, a value-engineered design to initiate both bores from one launch shaft inside the rail yard to emerge into one reception shaft, the downsizing of casing diameter from 72 to 66-in., and the avoidance of deep well dewatering, which also reduced settlement risk. 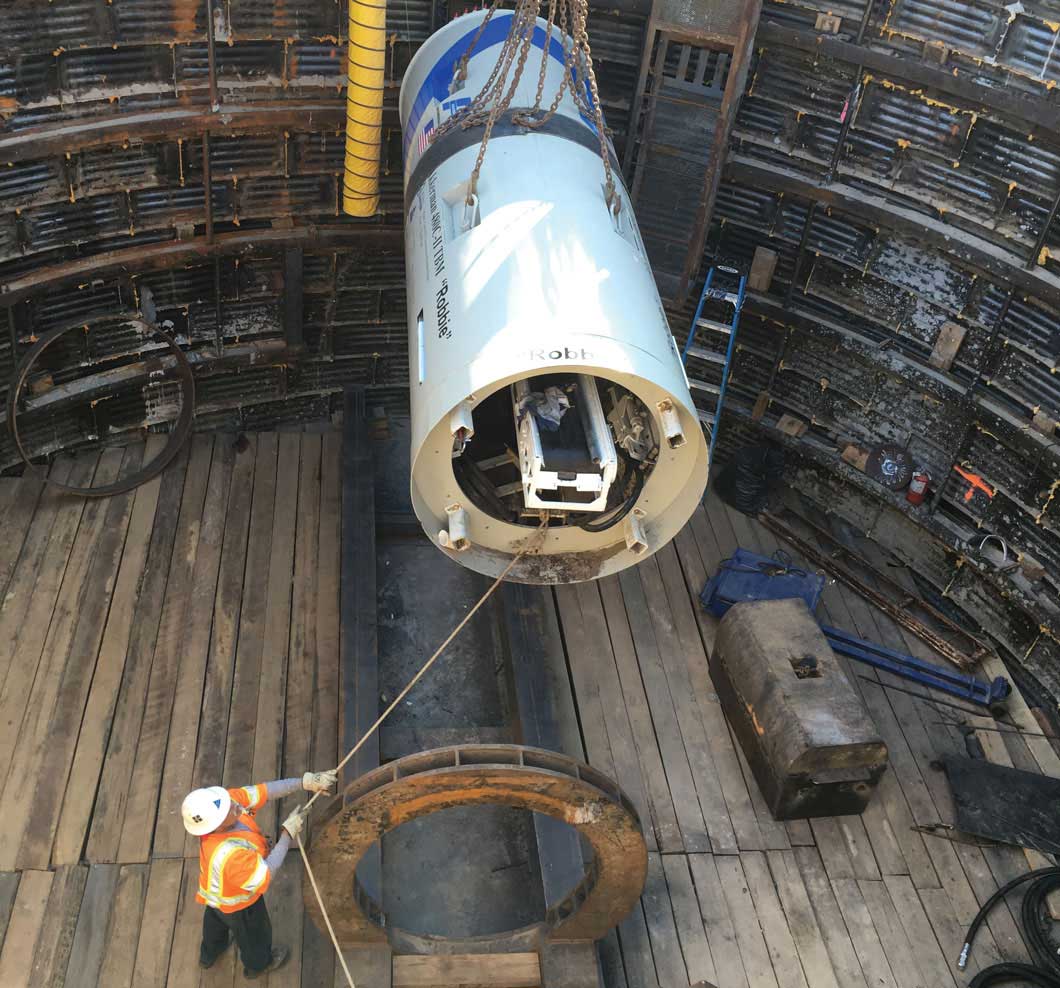 The contractor’s pipe jacking experience informed the resolution of the project’s more difficult challenges when completing the 570- and 315-lf tunnels. When unforeseen cobbles were discovered, the hydraulic doors on the TBM cutterhead provided passage for the cobbles with minimal loss of production. When unpredicted boulders were discovered, although tunneling had to pause to allow chemical grout to be used to stabilize the bore, the hydraulic doors provided essential access for breaking the boulders to a size that allowed for their passage to successfully complete the tunnel. When the crew ran into unanticipated potentially petroleum contaminated area (PPCA) ground conditions, the crew persevered by using a full-face mask filtration system to resume mining operations.

The project was deemed successful, and the TBM, named “Robbie” in honor of the 75th anniversary of the Robertson Umbenhauer WTP, proved to be the right method.

J. Breff Cooling of BRH Garver commented on the equipment selection, “The versatility of the Akkerman TBM with hydraulically operated doors gave us some options that an MTBM would not have. A slurry machine may have been the preferred choice under critically located structures in ground that varies from clay, to sand seams, to running gravels. However, the small but real possibility of boulders, or steel fish plates and other obstructing debris sometimes found under rail yards, tipped the balance towards selecting a manned-entry TBM for accessing any obstructions. With the benefit of hindsight, we can say that the TBM turned out to be the better choice in this case because we ended up discovering unforeseen boulders.”

Cooling also credits the railway stating, “We are grateful for the exceptional cooperation from BNSF for accommodating our field operations inside their busy around-the-clock rail yard operations.”

Cooling concludes, “This is the third time BRH-Garver has partnered with an engineering firm for a design-build project, and the first for time for a tunneling project. The partnership accepted transfer of nearly all risk for the client and proved very effective for BRH to apply three decades of tunneling experience towards the optimum tunneling solution for the design changes.”