You are at:Home»News»International News»TERRATEC MTBM System Breaks Through in Ahmedabad, India 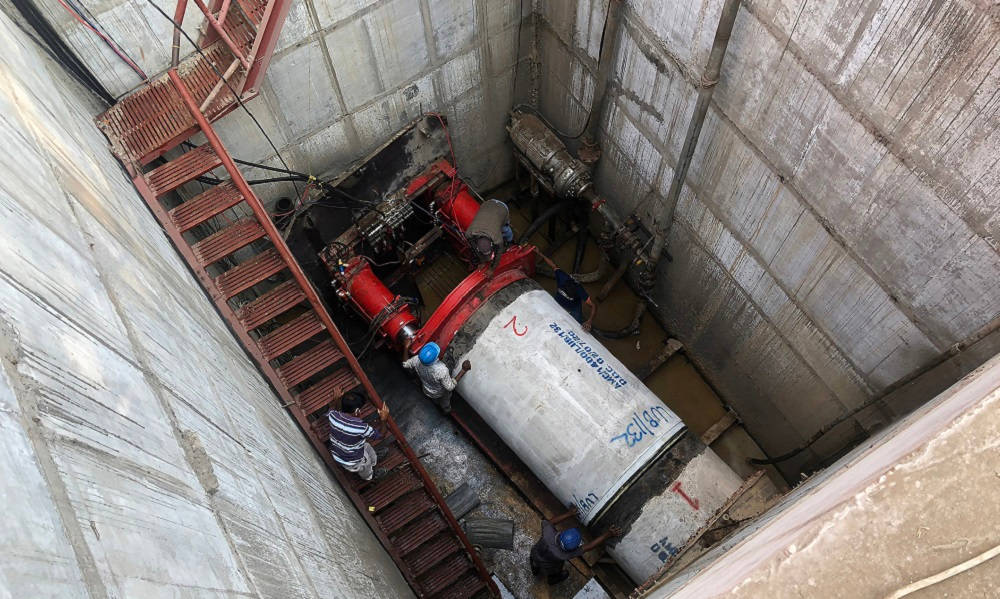 In early December, a TERRATEC Microtunnel Boring Machine (MTBM) achieved a major milestone on a new sewage tunnel system in Ahmedabad, India. For the first time, the city is using the microtunneling method to lay trunk lines underground for transferring sewage water.

A TERRATEC MTBM was selected by ITD Cementation India Limited to build a new sewage system in the western part of Ahmedabad. The city’s existing drainage system struggles to keep up with the current demand and suffers from frequent floods.

The new trunk line will cover the area from Vadaj Circle to Mahalaxmi Char Rasta – a stretch of about 6.5 km. Sewage water from existing lines will be diverted into this line and transported to the Sewage Treatment Plant (STP) at Vasna for treatment. The transport capacity will also be increased to 550 million liters of sewage water per day upon completion of the project.

The project has begun in the Vadaj area and it will take about 2 years for completion of the trunk line. The lines will include different diameters of 1400mm and 1600mm.

The machines are to bore in the Ahmedabad soil composed of clay, stiff clay and sand. Some state-of-the art features include a Cone Crusher integrated into the CutterHead structure and TERRATEC laser guidance system.

“Being the leading TBM supplier to the Indian tunneling (metro, hydro, sewerage) industry, TERRATEC continues to perform well with another MTBM breakthrough in the country,” says Gulshan Gill, Managing Director of TERRATEC in India. “In the past 10 years, TERRATEC has supplied TBMs, MTBMs, and rolling stock systems to contractors in the tunnel construction industry including LNT, TATA, ITD, HCC, J.KUMAR, PATEL, SOMA, GULERMAK and SAMSUNG. As a matter of fact, TERRATEC TBMs has completed over 70 km of the accumulated tunnel in a timely and safe manner.”