You are at:Home»News»TERRATEC TBMs Break Through on Pune Metro 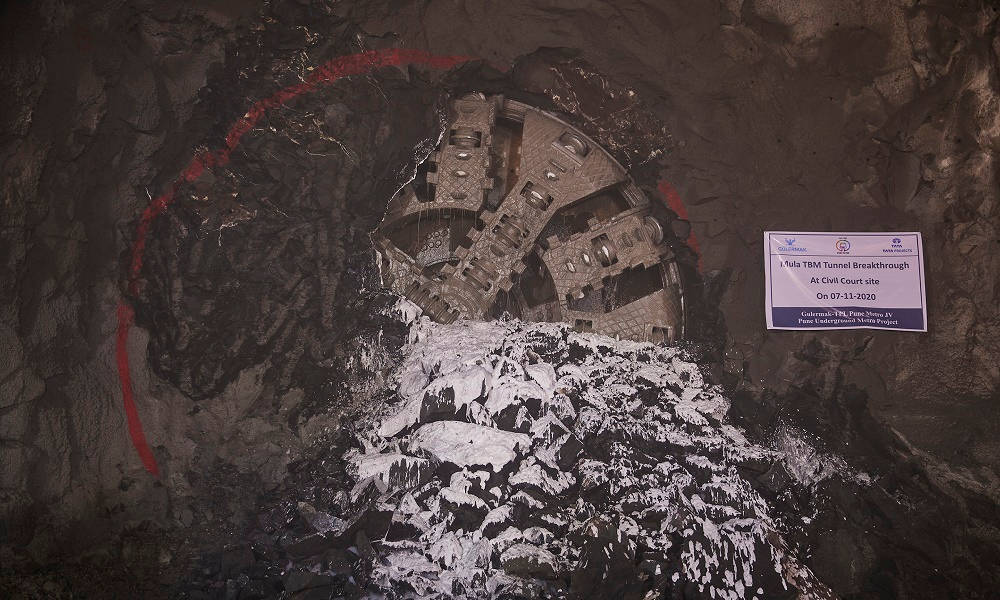 The major milestone saw Gulermak-TATA Projects JV complete twin-tube tunnels between the start of the ramp at chainage 10950 and NATM section at the start of Civil Court Station at chainage 12600, a total of approximately 1,650 m of TBM tunneling. The TBM’s excavated through Shivaji Nagar Station.

The two 6.61-m diameter TERRATEC Earth Pressure Balance (EPB) Machines, the S78 TBM named ‘Mutha’ and the S79 TBM named ‘Mula’, broke through at the end of September and early November at the northern end of a 155-m scissor crossover, built by NATM at the start of Civil Court Station launched from near the College of Agriculture at the end of 2019, completing their second drives of the project. It was a remarkable achievement considering the hard rock and being in a densely populated area. Also, during the difficult time of lockdown, TERRATEC’s field service team was available at the jobsite to support the JV team and the JV team achieved the best monthly progress of 301 m.

In 2019, Maharashtra Metro Rail Corp. Ltd. (MahaMetro) announced that the joint venture had won both of the twin-tube tunnel packages on the new 16.56-km long north-south metro corridor. The 5-km underground section – which runs from the College of Agriculture in Shivajinagar to Swargate and has five stations – is considered the most challenging portion of the line, as it passes under the densely populated areas of Kasba Peth, Budhwar Peth and Mandai market. 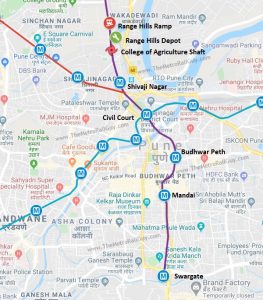 The TERRATEC EPBMs feature robust mixed-face dome-style cutterheads designed to work effectively in the compact Basalt that is expected on these contracts at pressures of up to 4 bar. As the TBMs progressed, 1,400-mm wide by 275-mm thick precast concrete lining were installed, which consist of five segments plus a key.

Meanwhile, the city’s third TBM (S81) is expected to be launched northward toward Mandai Station early next year with assembly commencing in December 2020.

Earlier in August, Larsen & Toubro also celebrated the breakthroughs of two 6.57-m diameter Earth Pressure Balance machines supplied by TERRATEC for Package 2 (East-West Corridor) of the 20.7-km long Line 1 of the Ahmedabad Metro, in western India. Both machines completed their second drive and the final drive of 1.4-km from underground Stations Gheekanta to Shahpur.