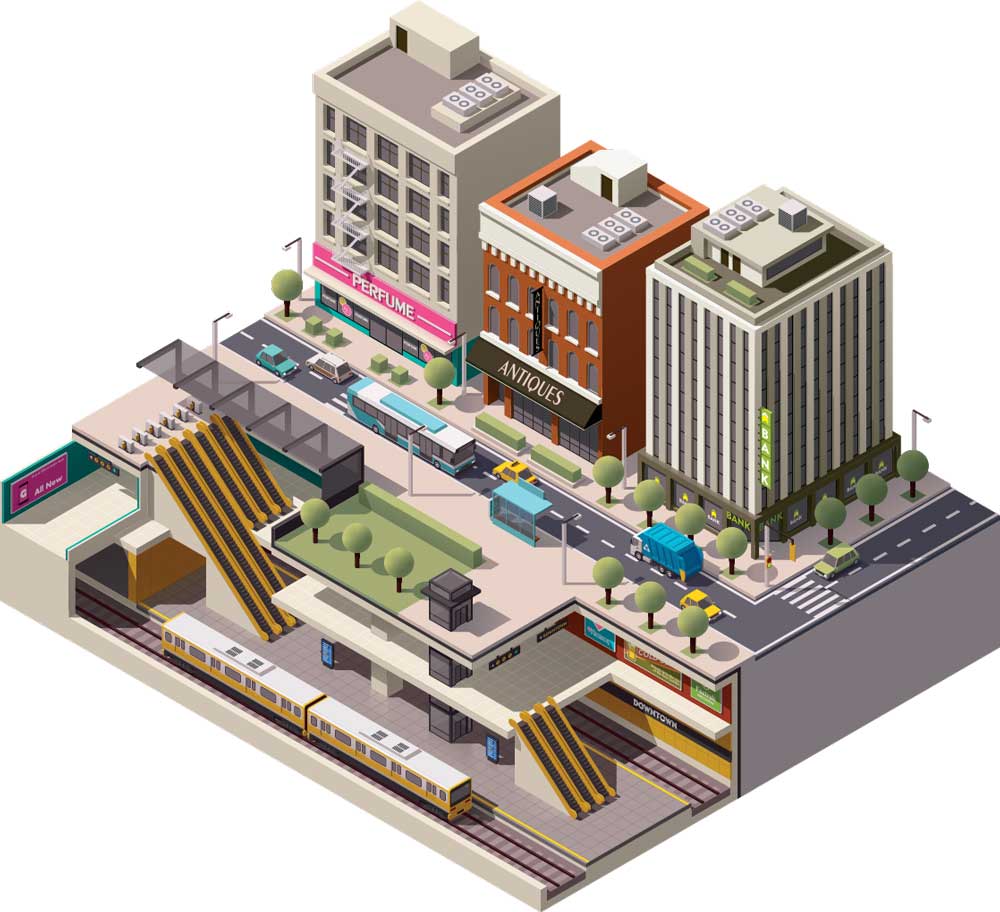 Sometime ago I read a book entitled Triumph of the City by Edward Glaeser, which I recently had the opportunity to revisit. The subtitle of his book is “How Our Greatest Invention Makes Us Richer, Smarter, Greener, Healthier and Happier,” and in the book Glaeser makes several good arguments about how our urban areas have become the lifeblood of human existence because they are energy-efficient, innovative, synergistic, and productive of every form of economic opportunity. There is nothing wrong with rural areas, but where do you go for many of the best universities, the greatest hospitals, the best sources of investment, the best paying jobs, and the most energy efficient forms of housing. As the world’s human population and its impact on the environment increases, the majority of those people are moving to the world’s largest cities, and if what Glaeser says is true, then government policies must be established that actually encourage the creation and survival of vibrant, urban concentrations. 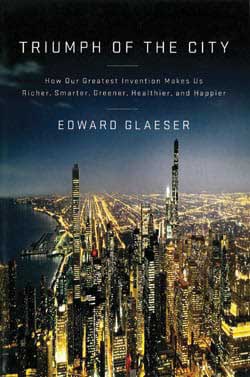 Triumph of the City: How Our Greatest Invention Makes Us Richer, Smarter, Greener, Healthier, and Happier by Edward Glaeser

Stand in the middle of any city and you can see with your own two eyes all of the fantastic above-ground accomplishments of civil engineers in the form of buildings, roads, bridges, and transit facilities. What you don’t see, but what is equally important to the success of any city, is the below-ground portion of civil engineering accomplishments in the form of all types of utility lines, subway and highway tunnels, and water supply and drainage facilities without which no city would be able to survive.  Almost every above-ground structure would become instantly uninhabitable without the beneficial services provided by the below-ground infrastructure.

If the above is true, then all forms of tunneling including directional drilling, microtunneling, conventional drill-and-blast, pressurized face, and rock tunnel boring machines are needed in order to create the space that is required for these facilities. As surficial land area becomes more valuable and the ability to perform above-ground activities becomes increasingly more difficult, the value of underground space created by tunneling becomes a highly preferred alternative for densely populated urban areas. 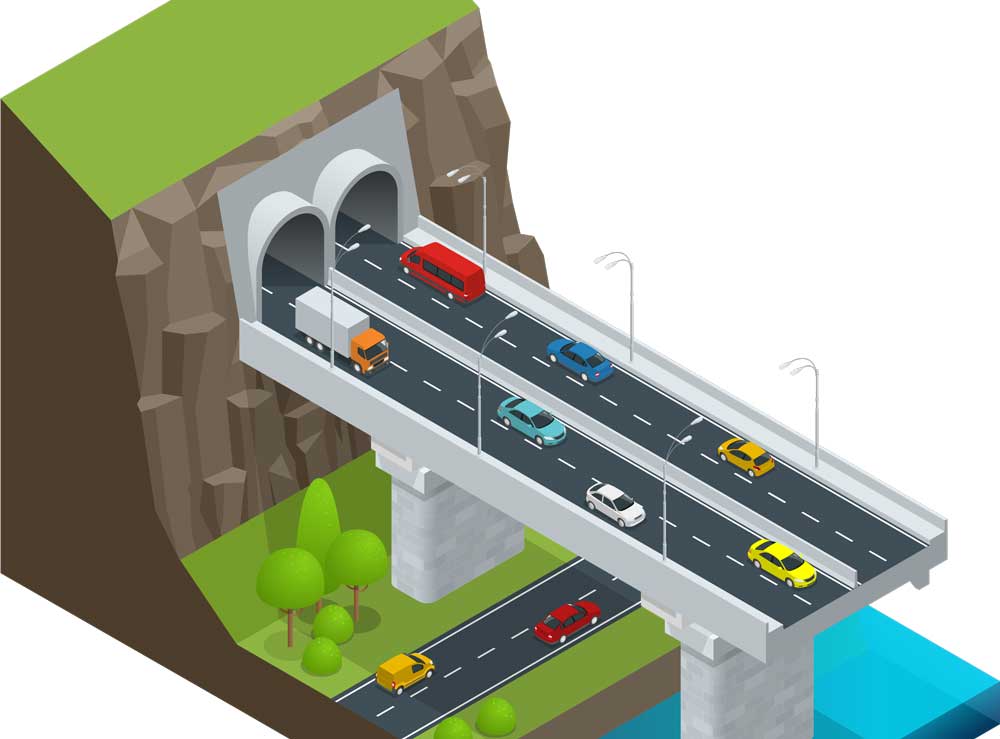 Chapter 8 of Glaeser’s book has the provocative title “Is There Anything Greener Than Blacktop.” He starts that chapter by discussing the environmental utopia described by Henry David Thoreau in his book Walden which extols the virtues of rural isolation. But, imagine for a moment what the environmental impact would be trying to create Thoreau’s rural utopia for 8 billion human beings! In fact, it is a total fallacy that cities destroy the environment and with the above in mind let’s discuss what it means to be green and sustainable. According to the United States EPA, green engineering is the design, commercialization, and use of processes and products that are feasible and economical which at the same time minimize the generation of pollution at the source and the risk to human health and the environment. Green engineering embraces the concept that decisions to protect human health and the environment can have the greatest impact and cost effectiveness when applied early to the design and development phase of a process or product. Green construction is a standard developed and maintained by the U.S. Green Building Council and its LEED certification. The main advantages of building to LEED certification are:

Sustainable engineering is defined as a set of environmental economic and social conditions in which all of society has the capacity and the opportunity to maintain and improve its quality of life indefinitely without degrading the quantity, quality, and availability of natural resources and ecosystems.  Sustainable engineering improves the quality of life today and in the future by improving infrastructure and the built and natural environments, minimizes environmental impact by reducing the rate of consumption of renewable and nonrenewable resources, and, finally, reduces generations of manmade wastes to below the rate of the earth’s natural carrying capacity.  ASCE’s Task Committee on Sustainable Design also believes that as the acknowledged stewards of the built environment, civil engineers must lead the way in planning, designing, and constructing sustainable infrastructure.

If the above is true, then I pose the following question. Which is more green and more sustainable: a 40-story apartment building housing hundreds of people in New York City or a neighborhood of single-family residences housing the same number of people on one acre lots in upstate New York?  Without going into all the gory details of the cost and environmental impact of heating and cooling your living area, driving your car (if you have one), generating electricity, treating your water, and disposing of your waste, I think the answer to the above question is both obvious and instructive, i.e. New York City!

It would appear, therefore, that densely populated cities are the wave of the future and that tunnels will be used to support those cities.  Imagine what New York City would be like without its subways, or Chicago or Atlanta without its water supply and drainage tunnels, or Boston, and now, Seattle without its amazing downtown transportation tunnels.  These types of facilities can also be used to influence urban development by causing above-ground structures to be built within walking distance of a subway station. All in all, cities and tunnels are inextricably intertwined and destined to become even more necessary in order to minimize the environmental impact of an expanding human population. 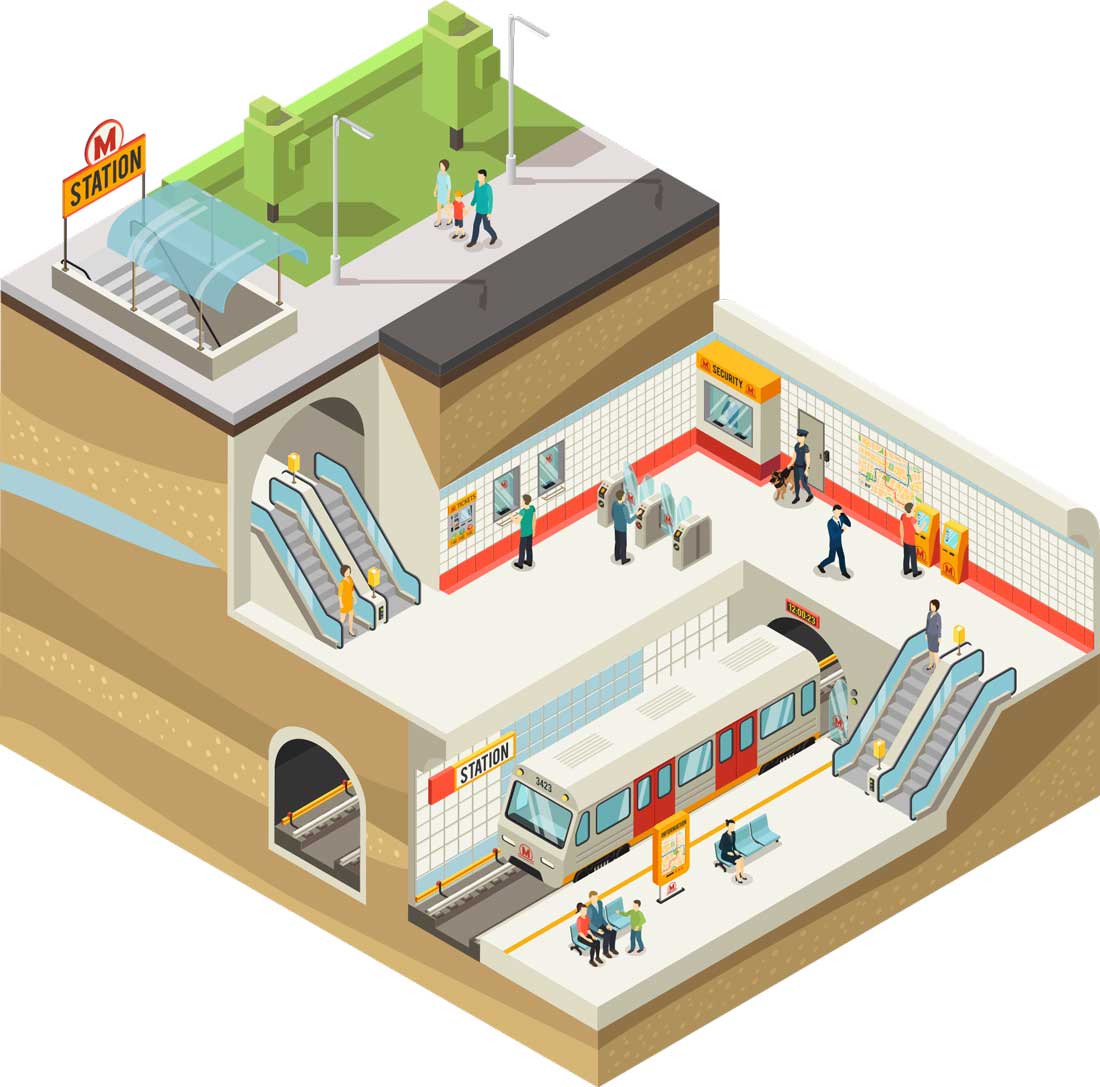 One of the big, alleged, drawbacks of tunneling is its cost upfront, but upfront cost is not the important variable: value is!  One must think in terms of the value of underground construction, not its cost.  Does anyone know what it cost to build a mile of subway in New York or Boston back in the 1890s? However, if you go to Boston or New York today you are still riding in subway tunnels that were built in that timeframe. Or, think about the fountains in Rome that are still being supplied with water from tunnels that were built 2,000 years ago.

If high density urban populations are the wave of the future, then tunneling will be a huge part of that future. Given below are some of the major advantages of tunnel construction in urban areas:

Underground construction is energy efficient. Once you go underground the amount of energy required to either heat or cool a structure is a fraction of what is required above ground.  This is especially true in areas of extreme temperature variations such as Montreal or Houston; both of which cities have extensive networks of underground facilities for pedestrians.

Underground construction also conserves energy by utilizing drainage facilities that operate purely by gravity and transportation facilities that operate along more or less constant gradients.  Ideally, the invert elevation for a drainage tunnel can be chosen so that it operates purely by gravity.  In Colorado, for instance, numerous transmountain tunnels provide a continuous and reliable supply of water to Denver at almost no cost for operation.  For subways, highways, and railroads, tunnels greatly minimize energy consumption by providing reduced gradients.

Underground construction provides a secure, quiet, earthquake-resistant environment for sensitive and/or important infrastructure facilities. Nuclear power plants, natural gas storage facilities, civil defense facilities and similar structures should all be located underground. Underground space is easy to protect and can be located exactly where it is needed. Another advantage of underground space is that it is highly compatible with extreme variations in surficial topography. Cliffs and mountains actually make it easier and more economical to go underground and to provide access for structures located at the ground surface.

There are a large number of structures that do not depend on a visible connection to the outside environments such as libraries, museums, sport complexes, laboratories, parking structures, manufacturing facilities, and shopping centers.  When was the last time you went to a basketball game and looked out a window?  Although architects like you to see what they build, it makes just as much sense to put many above-ground structures below the ground surface so as to preserve as much surface space as possible for parks, zoos, gardens and other facilities that improve the enjoyment of above-ground space.