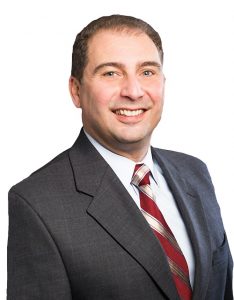 The Walsh Group has announced that Anthony Del Vescovo has been promoted to vice president, overseeing the company’s national tunnel operations.

As Vice President, Del Vescovo will provide oversight and leadership for all tunnel and underground construction projects across the United States. His responsibilities will include consultation with owners, monitoring project progress, supervision and review of management systems and staff. Del Vescovo is based out of the company’s New York/New Jersey Regional Office in Little Falls, NJ.

“We are excited to see Anthony achieve an expanded leadership role over our tunnel projects, not only in the Northeast, but across the United States,” said The Walsh Group’s Senior Vice President Paul Wagner. “We welcomed Anthony to Walsh three years ago with great expectations and confidence in our tunnel opportunities. We are very pleased with Anthony’s leadership and how this market has grown for us, and we look forward to continued success across the country.”

Del Vescovo has more than 34 years of experience and has been with Walsh for three years. In his years at Walsh, he previously served as a Program Manager responsible for the Shafts 17B-1 and 18-B1 project in New York City.