You are at:Home»News»Touring NEORSD’s Westerly Storage Tunnel for Infrastructure Week 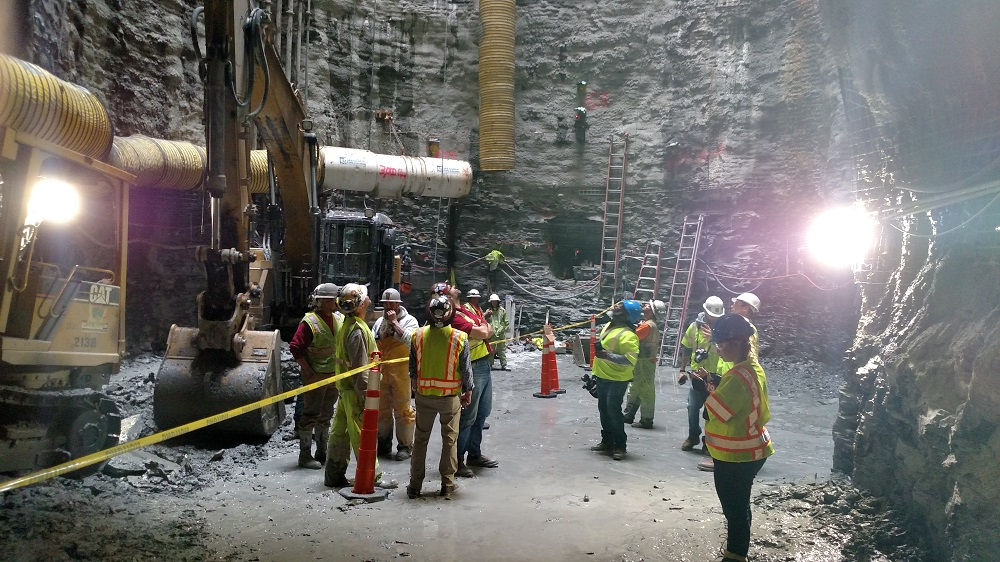 Local media got the opportunity to visit the Westerly Storage Tunnel shaft during Infrastructure Week.

In recognition of Infrastructure Week, the Northeast Ohio Regional Sewer District (NEORSD) invited area media for a tour of the Westerly Storage Tunnel on May 15. Westerly is the most recent large-diameter tunnel in the District’s 25-year, $3 billion Project Clean Lake, a CSO control plan that is cleaning up Lake Erie, the Cuyahoga River and other area waterways.

The Westerly Storage Tunnel contract was awarded last spring to a joint venture of Jay Dee–Obayashi, which bid $135 million. The project includes approximately 9,600 lf of 25-ft ID CSO storage tunnel excavated in rock and supported with a bolted, gasketed, one-pass steel fiber reinforced concrete segmental lining, being manufactured in nearby Macedonia, Ohio. The JV will be using a new Lovsuns TBM that is being built in China.

In addition to the tunnel, there are three deep shafts, with slurry walls built by Nicholson Construction:

Ancillary work includes Gate Structure and Gate Control Structure, at both the WST-2 and WST-3 sites, to regulate flow entering the tunnel, approximately 90 lf of 46-in. diameter sewer, and miscellaneous modifications to existing sewers.

The design contract was awarded to a joint venture of Mott MacDonald and MWH Global/Stantec in 2015.

When completed, Westerly will reduce overflows from the Walworth Run Sewer, one of the District’s biggest CSO points. The sewer was a natural stream that was culverted more than a century ago. 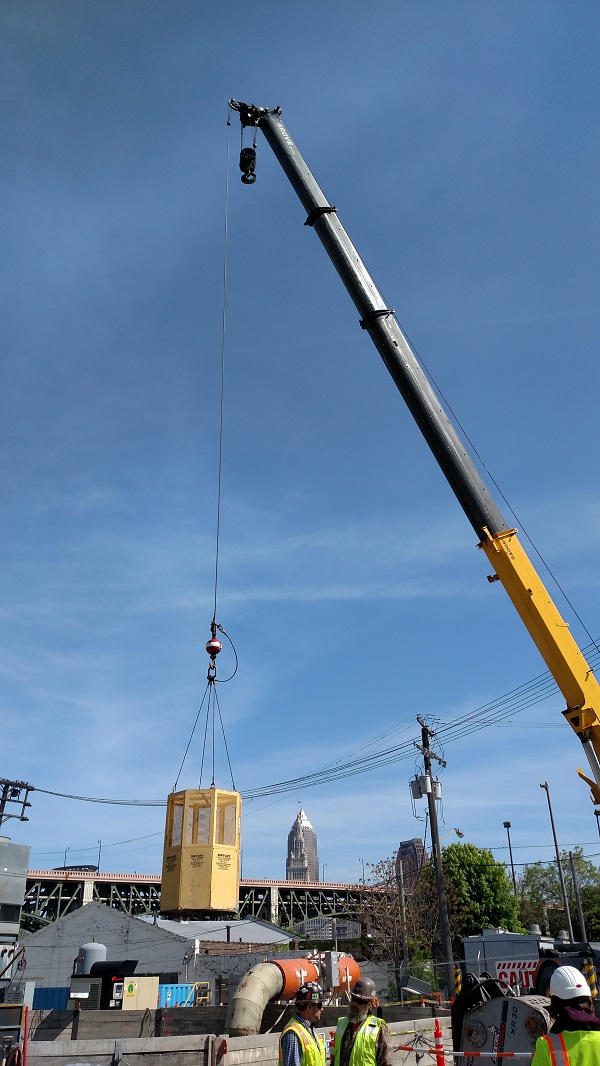 A personnel carrier being lowered into the Westerly Storage Tunnel main working shaft with the Cleveland Skyline in the background. 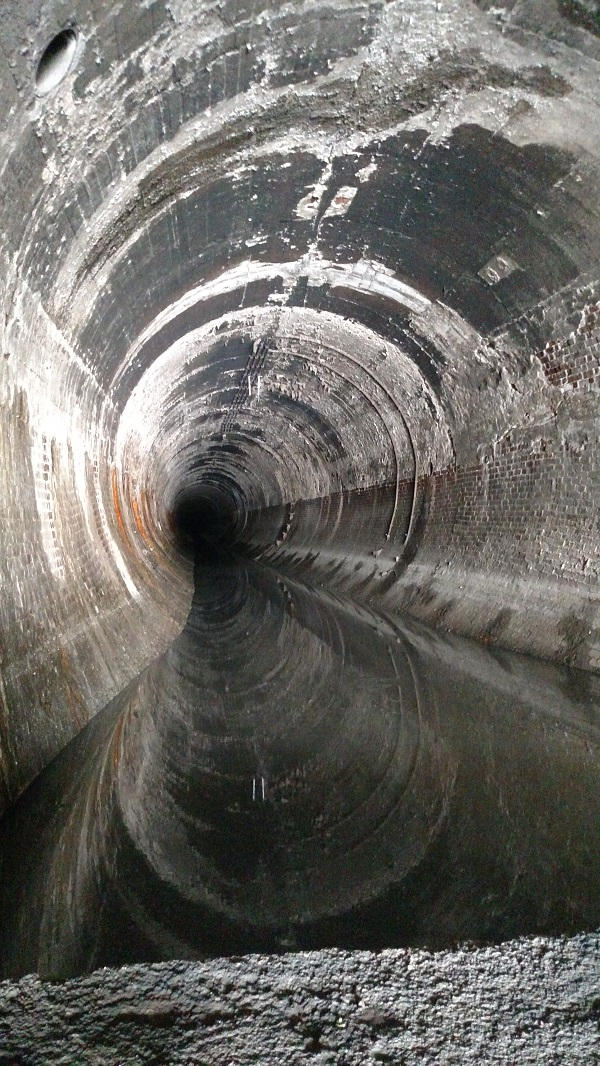 Upon the completion of the Westerly Storage Tunnel, overflows from the Walworth Run Sewer (shown) will be significantly reduced.