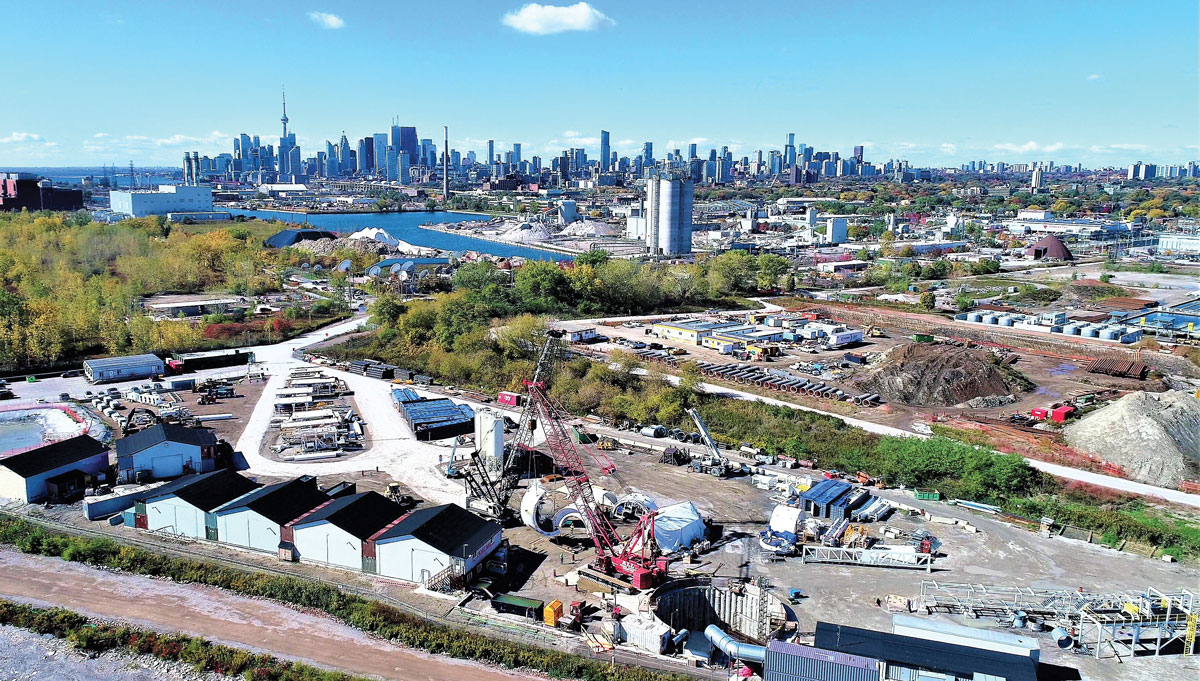 The City of Toronto is in the midst of its most ambitious stormwater management program in the city’s history – a $3 billion-plus wet weather program to eliminate combined sewer overflows, reduce inflow and infiltration into sewers, and reduce basement flooding. A critical component of the program is the Ashbridges Bay Treatment Plant Outfall. The project will replace the existing outfall, which was built in 1947 and is at the end of its service life.

In 2018, Southland-Astaldi JV was awarded a $300 million contract to build the Ashbridges Bay Treatment Plant Outfall. The plant is the largest of Toronto’s four sewage treatment plants and is also one of the oldest plants in Canada. Currently, the outfall can handle peak flows of 3,200 megaliters per day. Once complete, the improved outfall will be able to handle up to 3,923 megaliters per day. 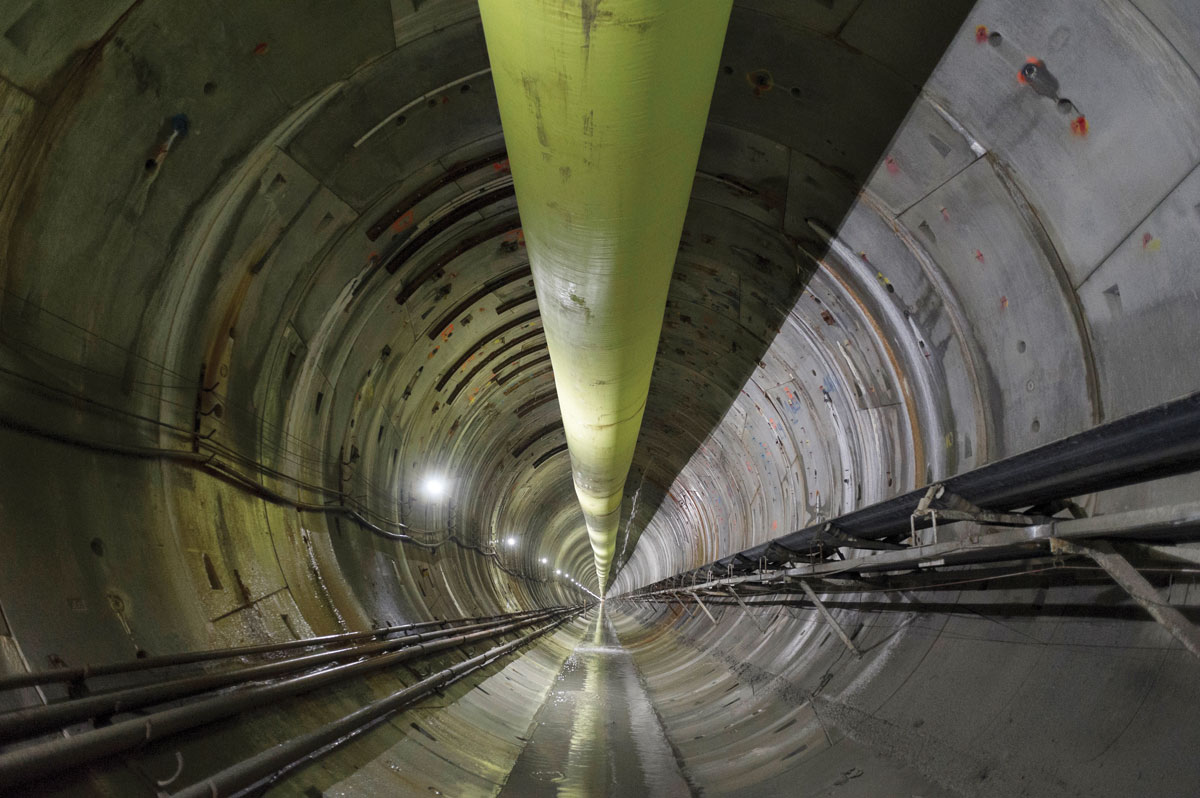 The project includes a 3.5-km tunnel of 7.95-m diameter tunnel, launched from a 16-m diameter, 85-m deep shaft. The completed outfall will connect to the 50 in-lake risers drilled from in-water barges to enable efficient dispersion of treated effluent over a wide area of the lake. The project, the largest outfall in the country, will improve the city’s shoreline, beaches and Lake Ontario’s water quality by replacing the existing outfall.

Southland-Astaldi JV used a remanufactured Robbins Single Shield TBM to excavate the tunnel through the Georgian Bay formation, which consists primarily of clay with some limestone interbeds. 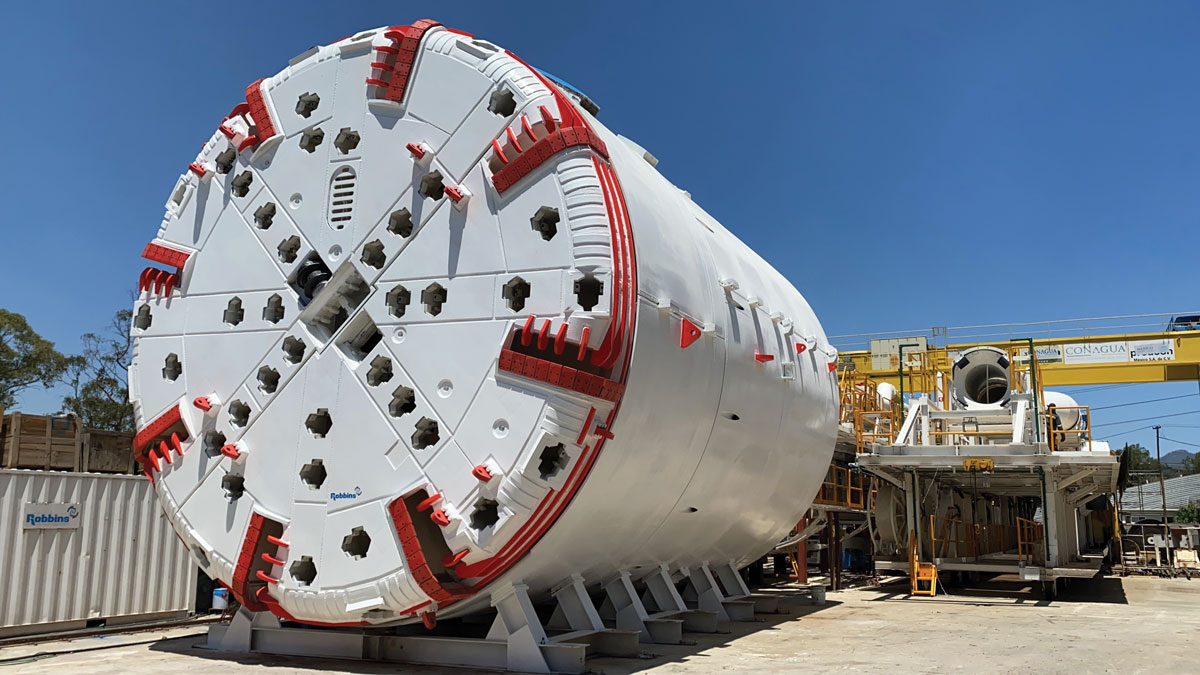 The machine launched in March 2021 from an 85 m (280 ft) deep, 16 m (53 ft) diameter shaft and began its bore in predominantly shale, with limestone, siltstone and sandstone. During its excavation, the TBM and its experienced crew bored a city-wide record of 30 rings in one day, or about 47 m (154 ft) of advance. The machine and crew surpassed a previous best day of 21 rings at a project with similar specifications. The Robbins TBM completed its run on March 3, 2022.

The success of the TBM is just one cause for celebration. The project won accolades from the Tunnelling Association of Canada (TAC) in late 2021 for its all-remote machine acceptance enacted due to the COVID-19 pandemic. The TBM finished a project in Mexico and was remanufactured there before being shipped directly to Canada. 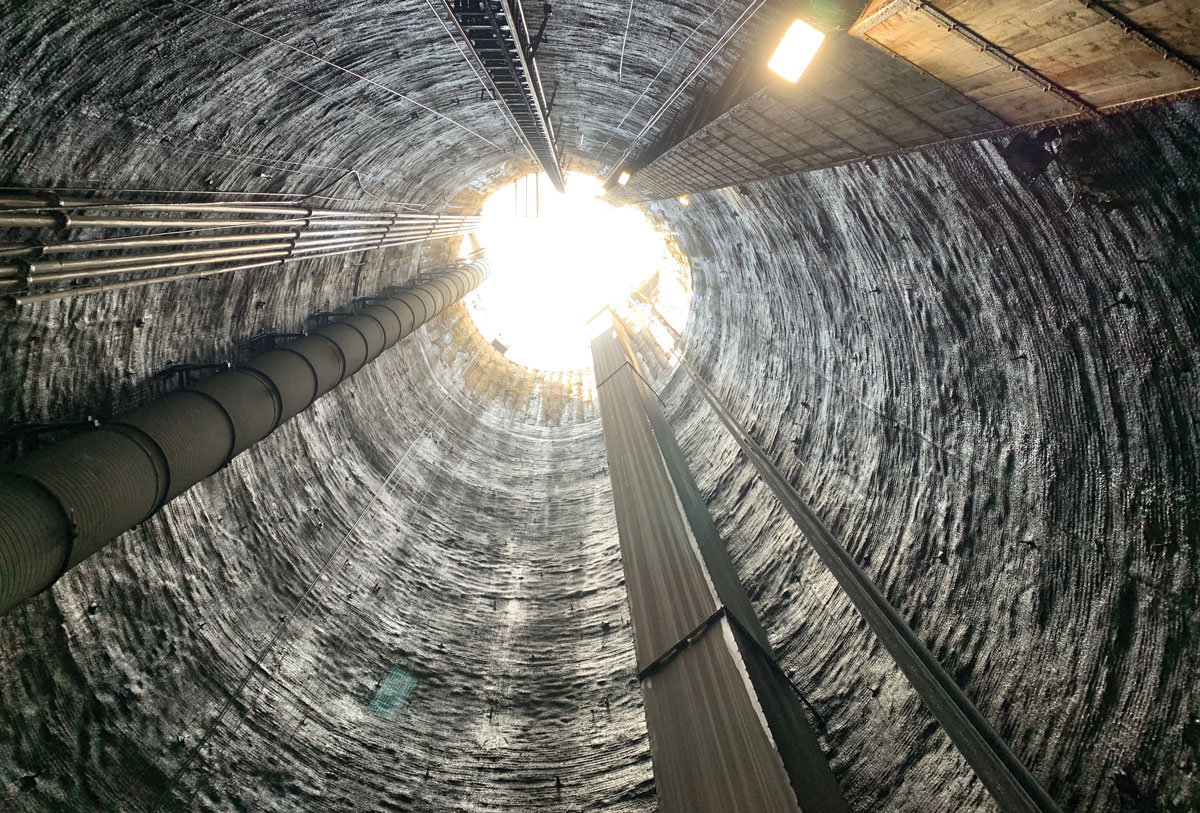 The machine acceptance, the first of its kind, enabled communication and confirmation between the machine’s assembly location in Mexico, suppliers in the U.S. and those involved in Canada.

“It was a challenge for all the people involved due the pandemic travel restrictions; however, due to good planning and communication we were able to go through the Acceptance Test successfully. I think this might become quite common in the near future,” said Robbins Project Manager Javier Alcala. 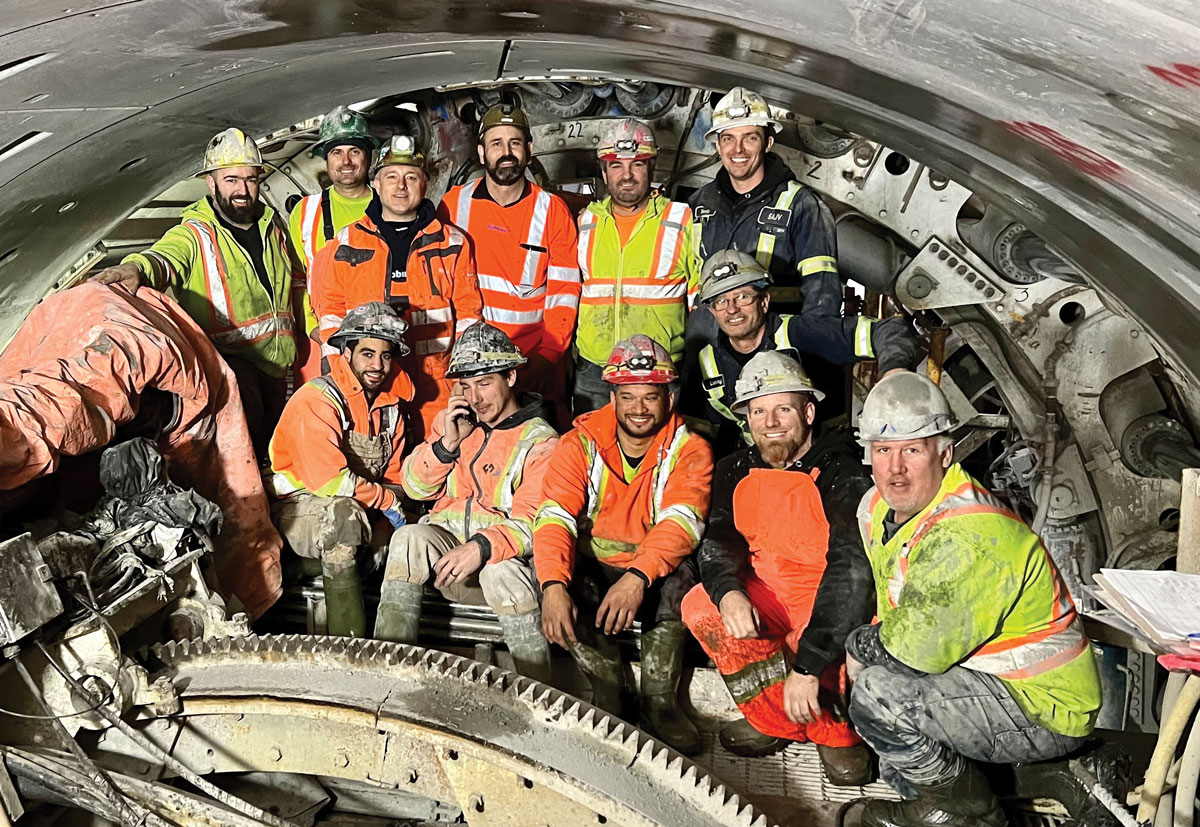 “It has been a journey just to get the TBM on site, assembled and launched,” said Joe Savage, Project Manager for Southland. “The team worked through all of the challenges to get a large, complicated machine going and producing really good advance rates.”

The geology was classified as potentially gassy, so the TBM was set up with monitoring equipment and built to comply with Class I, Division II specifications. The monitoring equipment allows Robbins personnel the ability to view TBM performance data from the company’s headquarters in Solon, Ohio. 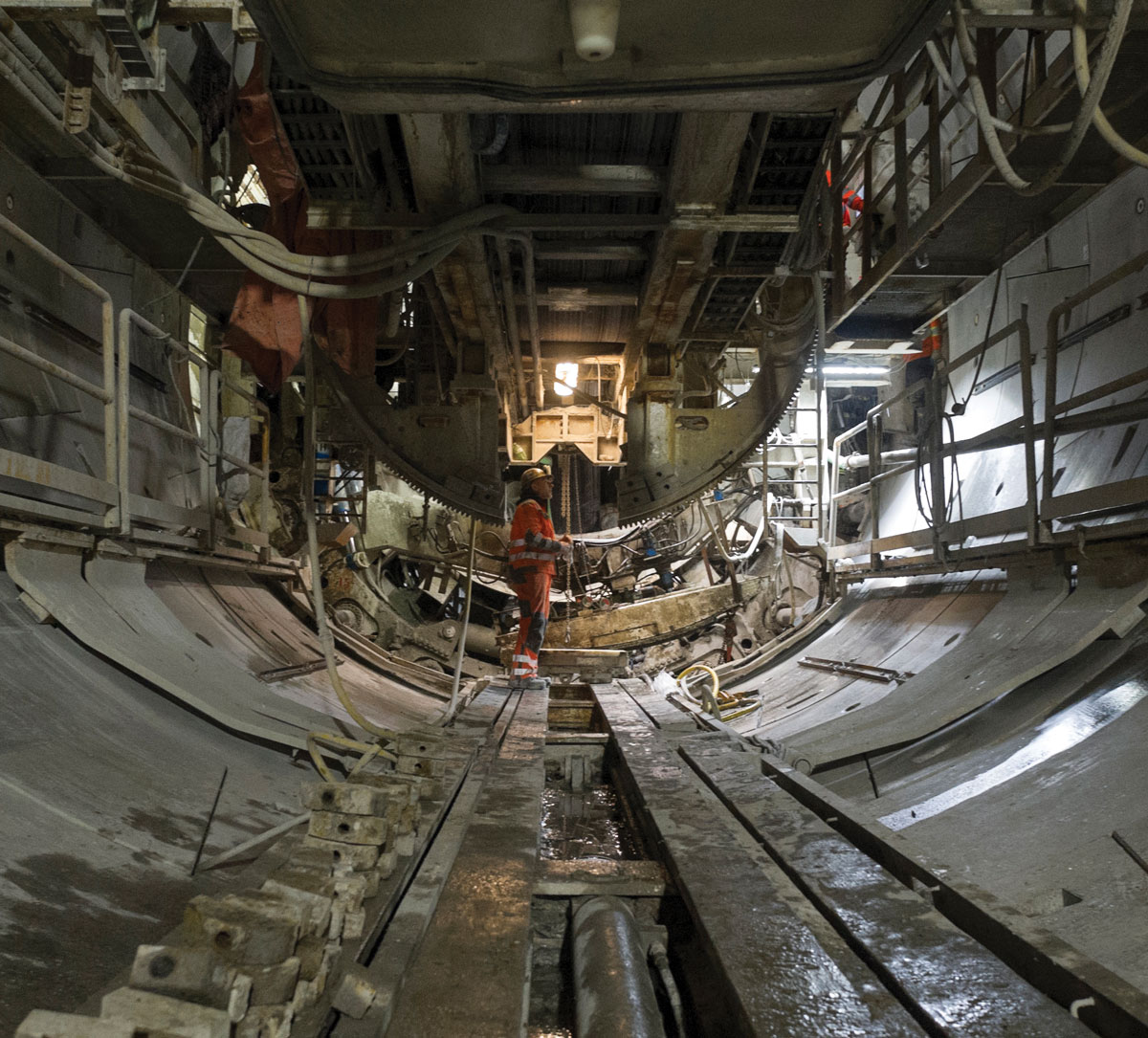 Additionally, because the tunnel stretches under Lake Ontario, there was concern that water from the lake might leach into the tunnel. As a result, the TBM was equipped with the ability to drill and grout around the shield and face. Per the specifications, the TBM is to be abandoned in place under the lake, but it was built with the ability to be disassembled and removed should the contractor choose to do so.

Robbins also supplied a continuous conveyor in the main tunnel, a vertical conveyor for the shaft and a stacker conveyor on the surface. 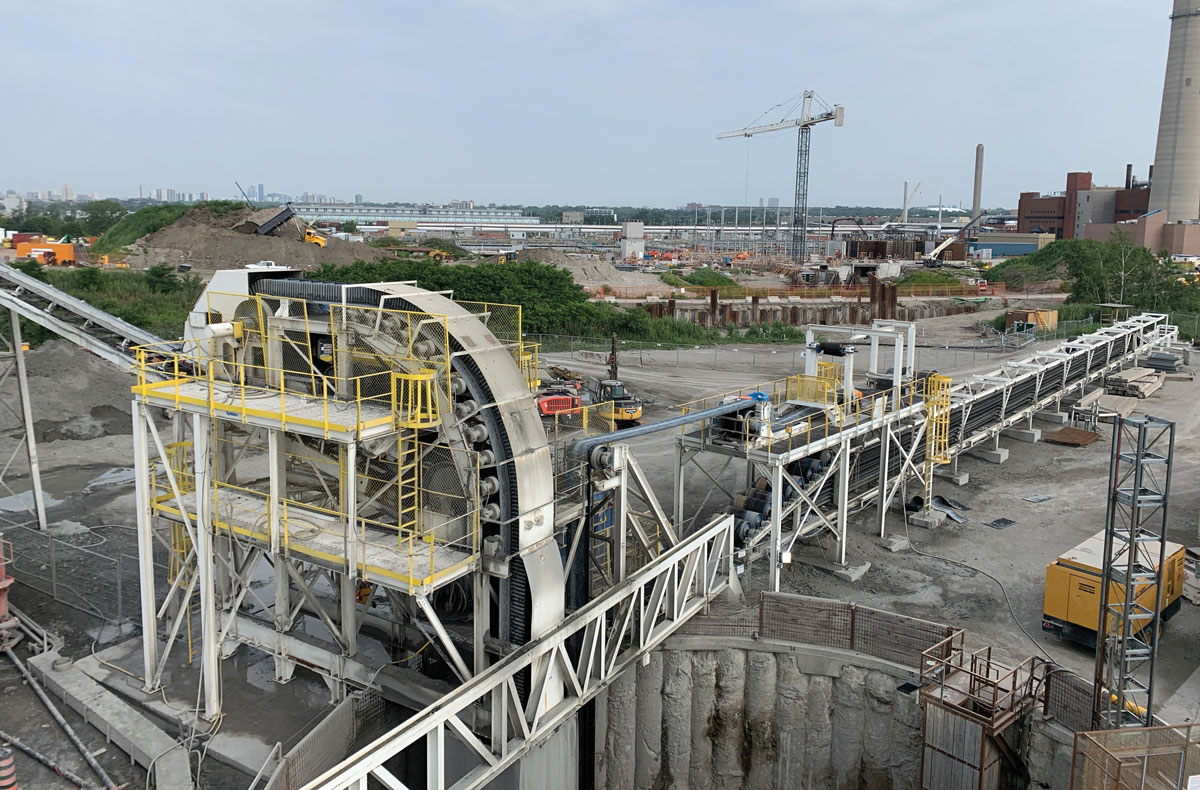 Following completion of the tunnel, connections for the 50 risers need to be made, requiring excavation through the segmental lining and bedrock below the lake. Southland-Astaldi is using mobile platforms with specialized equipment to support the ground and apply shotcrete final liner for the riser connections. The project is slated for completion in 2024/25.

The overall wet weather program includes the construction of three large tunnels elsewhere in the city: the Coxwell Bypass Tunnel (under construction), the Inner Harbour Tunnel (under design) and the Taylor-Masssey Creek Tunnel (in planning).

Project at a Glance