You are at:Home»News»Tunneling: A Battle Against the Ground 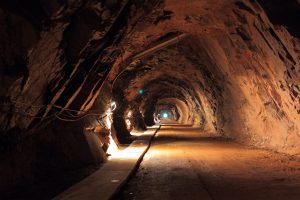 Successful tunneling is analogous to winning a battle. On the basis of decades of experience in the fields of geotechnical engineering and tunneling, I have come to view the Ground as a tenacious adversary. Merely by doing what comes “naturally” when “provoked” by human beings, the Ground presents an array of defenses that make even good field commanders blanch at the prospect of battle.

Military strategy is the art and science of employing military forces to secure national objectives. Careful evaluation of successful military commanders reveals two overwhelmingly shared characteristics: a clear perception of the objective and the ability to engage in offensive action. Although destruction of the enemy is the ultimate objective, it cannot generally be attained without accomplishing many important intermediate objectives. Thus, each intermediate objective must be carefully chosen to contribute decisively to the ultimate objective at the least cost and in the least amount of time.

Offensive action allows a commander to maintain the initiative, to preserve his freedom of action and to impose his will on the enemy. In order to accomplish successful offensive action, a good commander must consider the following aspects of battle:

1) Unity of Command: unity of command is necessary to achieve a well-coordinated plan of attack.

2) Mass: the proper size of force must be concentrated at the proper place and time to achieve success.

3) Maneuver: military maneuvers are the manifestation of offensive action wherein a successful commander defeats or immobilizes his enemy.

4) Surprise: a powerful weapon in war, surprise has often been used to demoralize a numerically superior force.

5) Simplicity: military operations are difficult. The best plan to accomplish the objective is the simplest plan.

In addition to having a well-defined objective and the ability to engage in offensive action, a good commander must prepare for success by forming alliances, by accurately assessing enemy potential and by taking advantage of technological advances. Given below are brief discussions of the seven most important elements of military strategy as they relate to tunneling.

The Ground’s primary objective is to stop the Owner from making a hole in it, or at least to cause the Owner to pay dearly for unprovoked attack.

The Owner is the commander-in-chief. It is the Owner’s responsibility to see to it that the Ground is defeated and that the Owner’s primary objective is accomplished. This line of command is appropriate because only the Owner is around to experience the “thrill of victory” after his allies are gone.

The Ground does not have a commander.

Both the Owner and the Ground can call upon powerful allies to help defeat their opponent. The Owner’s two most powerful allies are the Consultant and the Contractor. The Consultant helps to define specific objectives and is especially instrumental in helping to describe the Ground’s full potential for trouble by investigating it with subsurface explorations and laboratory tests.

The Contractor is the Owner’s front-line commander in the battle against the Ground. His written orders for the battle are the Contract Documents, which should include a clear description of the objective and all of the intelligence information that the Owner has obtained about the Ground, i.e. test boring logs and geological maps. In general, it is fair to say that the headquarters staff of the Owner should do everything in its power to make sure that the front line staff is maximally prepared to defeat the enemy. A free and open exchange of information about anticipated subsurface conditions is part of that preparation.

In order to overcome the Owner’s alliances, the Ground can also call upon some powerful allies. The first, and by far most powerful ally of the Ground is God. In all of my years in the tunneling business, I have never heard anyone characterize a single Act of God as being good for an Owner. Hence, it must be assumed that God is an ally of the Ground.

Third Parties are more difficult to evaluate because some Third Parties want the project, some don’t care and others are opposed. Unfortunately, another extensive body of legal precedent give more artillery to those Third Parties opposed to a project than it does to those who support it. Hence, Third Parties must also be considered allies of the Ground.

The Ground can cause trouble for the Owner in five major areas: 1) complexity; 2) secrecy; 3) adverse behavior; 4) groundwater problems; and, by far the worst of all, 5) differing site conditions.

1) Complexity. The Ground is complex, having been put together over millions of years by geologic processes that are themselves complex. Tunnels are long linear features that intersect large volumes of ground. Therefore, an Owner must plan on encountering many differing kinds of Ground on a single tunneling project.

2) Secrecy. The Ground is fully capable of hiding, disguising or otherwise concealing its complexity. Because subsurface explorations are expensive, the Owner sometimes runs out of money before he knows as much about the Ground as he would like. At other times, the Owner doesn’t realize that this is a very serious potential problem.

3) Adverse Behavior. Even after learning as much about the Ground as possible, it is still necessary to predict how the Ground will behave when you try to make a tunnel in it. Sometimes, even after doing everything possible to evaluate the Ground, it still behaves much worse than anyone anticipated. 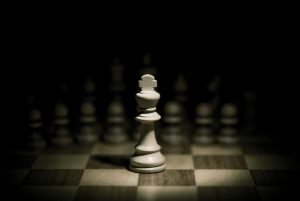 In order to combat the Ground’s full potential for adverse action, the Owner can maneuver. This ability is a big advantage for the Owner and usually begins with the Owner seeking to avoid really bad Ground (choosing the “high” ground, if you will). As a general rule, the tunnel should be located within the best identifiable ground.

Once the final tunnel alignment is selected, the Owner’s ability to maneuver is limited largely to the capabilities of his ally, the Contractor. The Contractor, in turn, has two major areas in which to concentrate his maneuvers: the tunneling operation itself and various forms of ground modification.

The tunneling operation comprises all of the equipment, labor, supplies and ideas that can be jammed into a tunnel heading. One of the biggest problems is waging war against the Ground is that the entire battlefront is represented by the face of excavation. It is sometimes very difficult to do everything that needs to be done at the tunnel face in order to advance against the Ground. This situation is a major advantage for the Ground because the Ground can often win the battle simply by slowing down the rate of advance rather than by stopping completely. In addition, as the tunnel becomes longer, the Contractor’s logistics become more and more difficult. In effect, the Contractor is forced to do battle deeper within, and completely surrounded by, enemy territory.

The other form of maneuvering that the Contractor can use against the Ground is “ground modification,” which is accomplished by dewatering, grouting, freezing or otherwise causing the ground to behave better. The Ground is helpless to resist modification unless the procedure is too costly or too time consuming (in which case the idea will be abandoned), or unless the Ground’s allies come to its assistance.

One of the most important aspects of maneuvering is time. Napoleon was quoted as saying that he did not mind losing a battle nearly as much as he minded losing a minute. Time is money and it is generally best for the Owner to move as rapidly as is practical during design in order to provide the greatest opportunity for success.

Time becomes even more important during construction because more money is at risk and because the Ground imposes its own time schedule on the project in the form of stand-up time. Good Ground cooperates by “standing up,” bad Ground does not.

Sometimes, the Ground stages an all-out frontal assault by running, flowing, collapsing or otherwise calling up all of its reserves, including groundwater, in one or more grand attempts to stop the project. Failing this, the Ground might use swelling, squeezing, loosening or raveling conditions to stage a surprise attack behind the front line.

Experience has shown that it is difficult for a large number of persons spending millions of dollars over years to actually accomplish anything. Hence, the simplest plan that will accomplish a specific task is probably the best plan. Simplicity is a big advantage for the Ground because the Ground never becomes involved in wasted motion. Nevertheless, many good Owners are able to minimize this advantage of the Ground by organizing themselves into an effective, forthright opponent.

Technology marches on. Technological advances are constantly occurring that allow the Owner to excavate, control and support the Ground better, faster and more economically. Interestingly, the Ground is always happy to make itself available to test a new technique, a new product or a new piece of equipment. In fact, one of the nicest things that can be said about the Ground is that just as it is unsympathetic when it is winning, it doesn’t care at all when it loses. The Ground is not vindictive.

In summary, it is important for the Owner to remember that his primary objective is to build a high-quality tunnel at least cost and in the shortest possible time. The Owner’s major allies in this undertaking are the Consultant and the Contractor, both of which entities use contracts (treaties) to solidify their alliance during battle with the Ground. Generally, the Owner’s team needs all of the knowledge, experience and cooperation that it can muster in order to win its battle against the Ground. The importance of selecting good allies and writing good contracts cannot be overemphasized.

Once the objective is defined and the alliance formed, the Owner must insist on unity of command, a thorough evaluation of enemy potential, simple but effective maneuvering and innovate technology in order to create the greatest opportunity for success. In addition, the Owner must prepare himself psychologically for the possibility of one or more differing site condition good attacks so that he is not rendered ineffective at these crucial times.

The April 2017 issue of TBM: Tunnel Business Magazine published an article titled “A Treatise on Differing Site Conditions” by Gary S. Brierley. The article reference a previously published article by the same author that appeared in the February 2001 issue of TBM. If is being republished here for reference.

Gary S. Brierley is president of Dr. Mole Inc. He began his career in 1968 with the Bachelor’s Degree in Civil Engineering from Tufts University and the Masters and Doctoral Degrees from the University of Illinois in 1970 and 1975, respectively.  During that time Dr. Brierley was fortunate to work on the instrumentation program for DuPont Circle Subway Station in Washington, D.C., a project that formed the basis for his doctoral dissertation. Since that time, Dr. Brierley has devoted his entire professional career to the design and construction management of underground openings.