You are at:Home»News»Tunneling Industry Reconvenes at RETC 2021 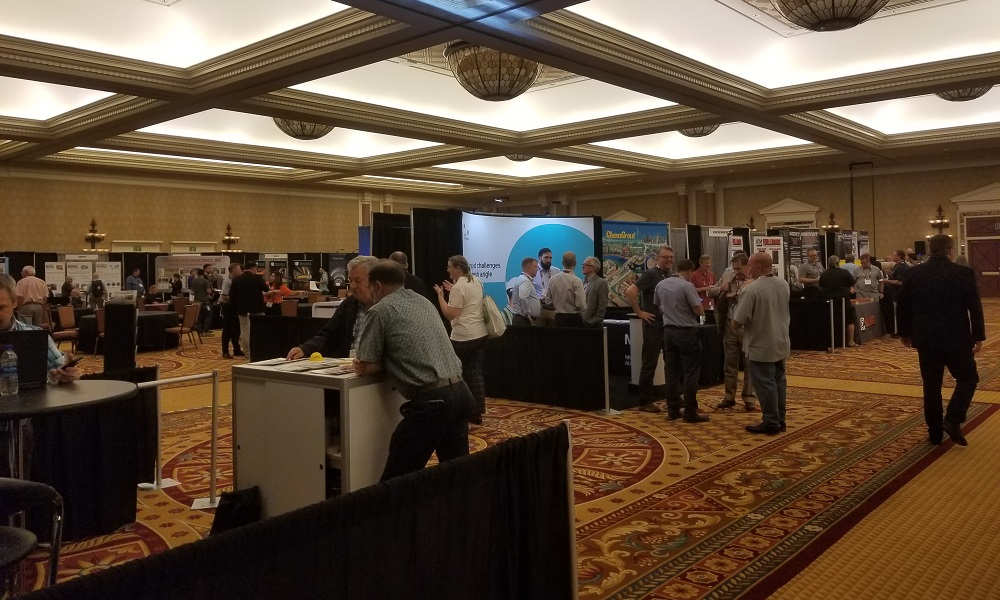 While attendance was less than typical due to the pandemic, exhibitors were pleased with the outcome of the event.

The Rapid Excavation and Tunneling Conference was held in person June 13-16 at Caesars Palace in Las Vegas, marking the first live event for many in the tunneling industry for the first time since the onset of the COVID-19 pandemic in the United States in March 2020.

While the attendance of the show was down compared to past years due to travel restrictions limiting traveling across international borders, as well as company policies restricting travel for their employees, the essence of the event remained the same. The exhibit hall was split over two floors to enhance social distancing, so the opening reception lacked some of the festive atmosphere from years past, but it did not limit the networking and information exchange that are characteristic of RETC.

The overwhelming consensus of the people I spoke to were pleased with the event – not just with getting out and seeing people face-to-face, many for the first time in more than a year – but with the content and quality of the people in attendance.

It bodes well for the industry that the event was able to attract a strong turnout despite the challenges. The next big annual event for the U.S. tunneling market will be North American Tunneling, which will be held June 19-22, 2022, in Philadelphia, Pennsylvania. Last year’s NAT had been scheduled for June in Nashville, but was rescheduled as a virtual-only event due to the pandemic. The next RETC will be held June 11-14, 2023, in Boston, Massachusetts.

Both RETC and NAT are organized by the Underground Construction Association of the SME.