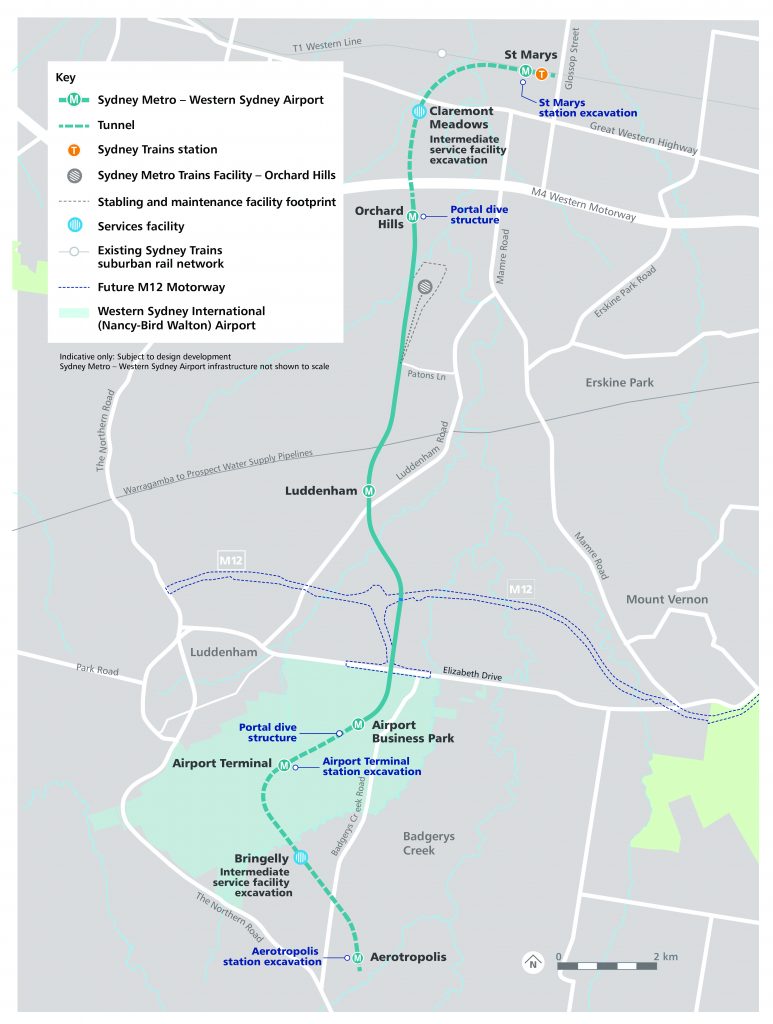 Webuild as part of the Parklife Metro consortium, has been selected as preferred proponent for the Stations, Systems, Trains, Operations and Maintenance (SSTOM) Package of the Sydney Metro – Western Sydney Airport Project in Australia. Webuild has an approximate 78% share of the D&C Joint-venture.

The new metro rail will become the transport spine for Greater Western Sydney, connecting communities and travelers with the new Western Sydney International (Nancy-Bird Walton) Airport and the growing region.

The city-shaping project, from St Marys through to the new airport and the Western Sydney Aerotropolis, will provide a major economic stimulus for western Sydney, supporting more than 14,000 jobs during construction for the NSW and national economies.

The 23-km new railway will link residential areas with job hubs including the new Aerotropolis, and connect travelers from the new airport to the rest of Sydney’s public transport system.

In addition to the SSTOM contract, the Australian and NSW governments awarded a contract in December 2021 to CPB Contractors and Ghella to build the new twin metro rail tunnels. In March 2022, the contract to deliver approximately 10.4 km of elevated viaduct, earthworks for track formation, a rail bridge over the new M12 motorway, a rail bridge within the airport and associated works, was awarded to CPB Contractors and United Infrastructure.