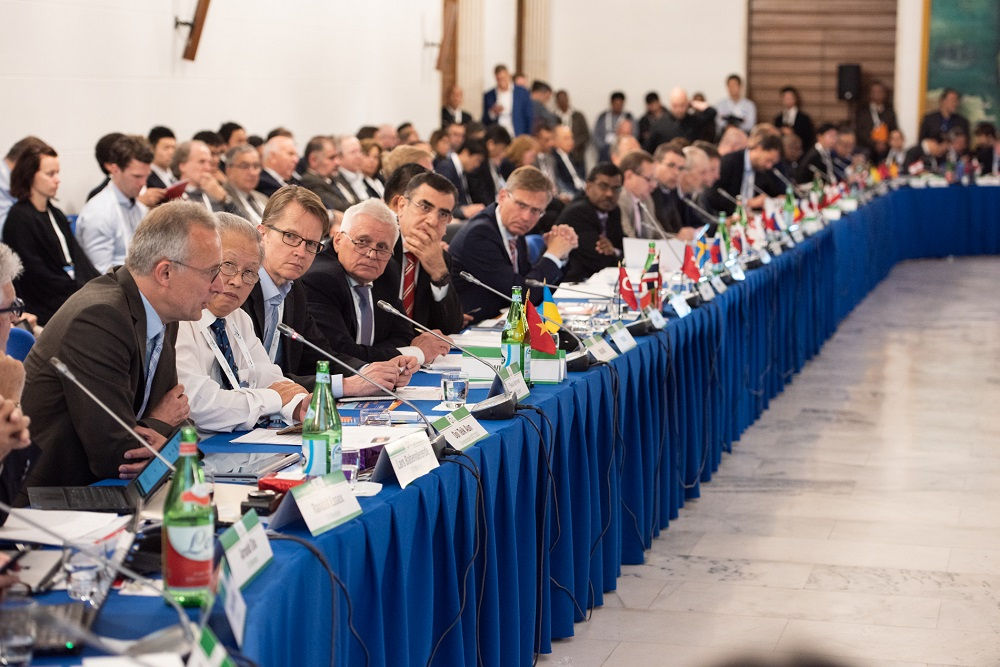 The World Tunnel Congress 2019 and the 45th ITA General Assembly, organized by the International Tunnelling and Underground Space Association (ITA) and the Società Italiana Gallerie (SIG), took place from May 3-9 in Naples, Italy, the leading European country in terms of number of tunnels.

It was a momentous occasion and an undoubted success for the global tunneling industry. Attended by more than 2,000 delegates – experts, academics, and civil and tunnel engineers – this year’s congress allowed a wide range of experts to share their experiences and to discuss best practices and innovations, pioneering projects and constructions sites all over the world, focusing on tunnel experiences and highlighting archaeology, architecture and art.

The Mostra D’Oltremare exhibition center bustled with the activities of the World Tunnel Congress for 6 days. The event featured major announcements for ITA and numerous technical sessions highlighting the usefulness of underground space, including floating tunnels, multi-modal underground infrastructures, underground farms, and tunneling equipment on the moon. In Naples, the potential of underground space seems unlimited, and projects that were considered impossible to achieve a few years ago are now possible.

Engineer Martin Herrenknecht, who delivered the traditional Muir Wood lecture, stated: “We construct underground infrastructures all over the world in almost every subsoil condition. Innovation allows us to carry out projects that until a few years ago were impossible.” 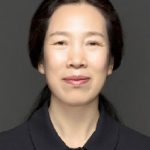 Ms. Jinxiu Yan was elected new ITA President. In competition with Eric Leca, she won by a narrow margin of 2 votes (32 to 30). She succeeds Prof. Tarcisio Celestino from Brazil.

“It is an honor to be the new ITA President. I understand that it means responsibilities, commitments and dedication. To meet the new challenges, it is important to make a joint effort to find new solutions to contribute to the UN sustainable development goals 2030. First, enhance communication with related international organizations, national policy-making forums, and well-known international banks to increase the contributions of tunneling to the implementation of sustainable development goals. Second, improve communication and exchanges between member nations and the industry, by encouraging experience sharing and organizing symposiums, dialogue, training courses and other similar events. Third, recognize the achievements of our industry and promote knowledge sharing and the application of well recognized new technologies among all parties involved, including decision makers and investors. Fourth, focus on the common concerns and challenges of our industry and endeavor to seek new solutions through collective efforts by all ITA members and Industry.”

Randy Essex represents the USA on the executive committee.

Working Groups are an integral part of WTC.

The Congress was also a moment of efficient work which allowed the publication of several reports of Working Groups and committees. Thus, Working Group 2 published new guidelines for the design of segmental tunnel linings. Working Group 5 published a client’s guide for High Pressure Compressed Air Work. Finally, Working Groups 14 and 15 released a common report on Handling, Treatment and Disposal of Tunnel spoil materials.

Both ITAtech Drill & Blast and ITAtech Rebuild produced respectively documents on “practical approach for controlling blasting vibration and optimizing advance in tunneling” and “ITAtech Guidelines on Rebuilds of Machinery for Mechanized Tunnel excavation.”

The international engineering federation FIDIC (International Federation of Consulting Engineers) and ITA-AITES have teamed up to publish The Emerald Book, a new form of contract for tunneling and underground works.

With underground construction a fast-growing market sector due to the increasing demand for use of underground space for infrastructure, the new Conditions of Contract for Underground Works (The Emerald Book) should be widely used.

Underground construction is highly dependent on the geological, hydrogeological and geotechnical properties of the ground, which have a defining influence on the methods required for the successful implementation of works. In addition, the difficulty in predicting ground behavior and foreseeable conditions implies an inherent uncertainty in underground construction which gives rise to unique contractual risks regarding construction practicability, time and cost.

These risks are addressed in the Conditions of Contract for Underground Works (The Emerald Book), which was launched at World Tunnel Congress 2019 in Naples. The launch follows several years of intensive work by a joint task group of representatives of FIDIC and ITA-AITES, who identified several issues that the new standard form of contract should address to promote equitable risk allocation and solutions for dealing effectively with conditions that are typically unforeseeable in such projects.

These issues include the following, all of which are specifically addressed in the new contract: Allocation of risk; Disclosure of all available geological and geotechnical information; Inclusion of a contractual geotechnical baseline; Inclusion of a tailored “Unforeseeable Physical Conditions” clause; Implementation of a ground classification system and particular support conditions that properly reflect the effort of excavation and stabilization; Time for completion to be largely influenced by ground conditions; and Provision of a flexible mechanism for remuneration according to ground conditions, both foreseen and unforeseen.

During the Opening Ceremony, Salini Impregilio CEO Pietro Salini declared, “Inquiring about new infrastructures means questioning the city of the future, which is at the center of all major global issues, especially regarding climate change. That is why we must continue to invest in tunneling and underground infrastructures.”

From the Underground to the Moon

Professor Jamal Rostami of the Colorado School of Mines shed light on the school’s project of “lunar equipment and techniques for tunnel boring on the moon.”

“Space is becoming a passion for a lot of people again. There are discussions about going back to the moon, this time to stay. But that implies that once up there, humans need to be shielded from radiation and freezing temperatures in structures which maintain atmospheric pressure in a vacuum. Our idea is to actually start underground, using a mechanism we already use on Earth, a tunnel boring machine, to make a continuous opening to create habitats or connect the colonies together. Although, technically, weight is an issue. It’s pretty expensive to take a kilogram of material from the Earth to the moon. Our machines weigh hundreds of tons, so it’s not feasible to take the machines as they are. We have to convert the design into one where all the components are optimized, weigh much less, and perform better.”

ITACUS, the ITA Committee dedicated to the promotion of sustainable underground use, held a session on “strategic use of underground space” that broached many key issues, especially regarding how to measure the social value of underground spaces, proposing solutions for involving all stakeholders during the planning consultation. Sessions also highlighted the potential of sustainable underground initiatives through the presentation and follow-up of innovative projects previously showcased in the book Underground Space Unveiled published last year by ITACUS co-chairs Han Admiraal and Antonia Cornaro.

“We don’t seem to realize that we’re losing a lot of arable land at an alarming rate each year (to soil degradation, urbanization and intensive farming), where we should be increasing it to feed the growing world population,” said Han Admiraal, ITACUS Co-Chair

“Cities where population growth is very strong, and which are struggling with resources, with the impact on their natural habitat … are looking at innovative ways to expand, they’re looking at floating cities, but are realizing that’s not the solution, because it affects marine life and is difficult to build, so why not go downwards?” said Antonia Cornaro, ITACUS Co-Chair

Open Session and New Technologies in the Tunneling Industry

Tuesday’s Open Session examined the theme “Tunnels: a resilient link between past and future,” focusing on repair and maintenance anticipation. A total of eight eminent speakers captivated the audience with a variety of tunnel projects and themes that explored the use of Artificial Intelligence, the Internet of Things (IoT), Big Data and BIM methods in implementing efficient analysis of aging infrastructures and repair needs.

The exchanges focused on two round tables. The first one addressed the topic: “Tunnel life-cycle considerations. How long-term maintenance requirements are addressed during design, construction, and asset financing.” And the second dealt with “Surveying and maintenance work,” in particular maintenance strategy when based primarily on proper and appropriate survey and monitoring of the asset. Discussion also focused on asset inspections when performed at intervals that can vary significantly depending on the asset and the country. Monitoring methods of the past were limited to visual inspection and manual measurements, whereas today, BIM methods make for greater efficiency.

Other methods, however, are also being used — methods such as non-destructive scanning and thermography, and destructive methods such as coring. New technologies are being developed using IoT, AI and data analytics for example. When repairs are required, the challenge is being able to make such repairs under live conditions or during minimal outage periods.

Floating Tunnels: Another Mammoth Project for the Tunneling Industry

Major projects are being undertaken worldwide, but Norway seems to have taken the lead with numerous initiatives, such as the world’s first submerged floating tunnel, which will cross 8 fjords, including 3 of the largest in Norway: Sulafjord, Sognefjord and Bjornafjorden. This project is part of the €40 billion construction of the European route E 39, designed to eliminate ferry crossings and speed up traffic on the drive from northern Norway to southern Norway along its western coastline, a drive that currently takes 30 hours to complete. Also on-going in Norway, the Rogfast tunnel project; when completed, the tunnel will be the longest underwater road tunnel (27 km) and the deepest (-390 m).

This article was written by ITA.